THE JUDICIARY putting pressure on the media is the biggest threat to freedom of the press in Slovakia, a major international organisation has recently noted. 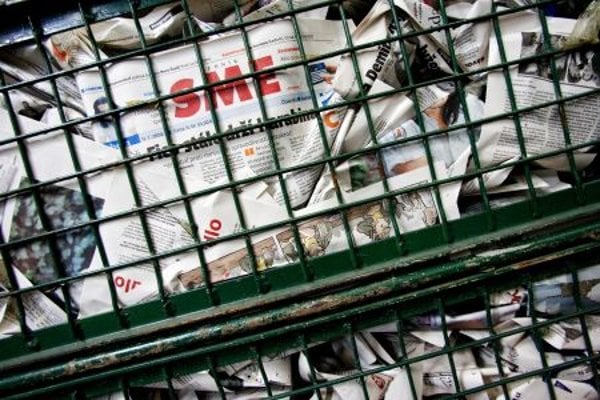 THE JUDICIARY putting pressure on the media is the biggest threat to freedom of the press in Slovakia, a major international organisation has recently noted.

Several cases involving current and former (and also prominent) members of Slovakia’s judiciary are cited in the report to the Permanent Council of the Organisation for Security and Cooperation in Europe (OSCE) submitted by the organisation’s Representative on Freedom of the Media, Dunja Mijatović. The report, submitted on June 13, covers the period from November 30, 2012 through the present.

“I hope that the discussions that have already started in Slovakia about the need to
decriminalise libel and defamation will soon lead to this very important reform, and that a
cap on damages will be set in civil defamation cases,” Mijatović wrote in her report, adding that “large damage awards can lead to an outlet’s bankruptcy and may induce self censorship, thus diminishing the existing media pluralism in Slovakia”.

Mijatović expressed her concern earlier this year, in a letter that she wrote to Slovakia’s Foreign Minister Miroslav Lajčák, on May 2.

“One of the indispensable roles of the media is to hold a mirror to society and inform people about matters of public interest,” Mijatović wrote in her letter to Lajčák. “Public officials need to endure a higher threshold of criticism, including by members of the media.”

Lajčák shared that opinion in his reply from May 24, but pointed out that there is a close link between freedom of expression and protection of personal integrity, which was “confirmed by the case law of the European Court of Human Rights under Article 10 of the Convention for the Protection of Human Rights and Fundamental Freedoms”.

“Concerning the cases mentioned in your letter, I am also of the opinion that damage awards should be directly proportional to the suffered injury,” Lajčák wrote.

Mijatović lists several cases in her report that have appeared in the media recently and which, according to her, bore signs of the judiciary putting pressure on the media.

She first cites the infamous Bonanno case, in which several current and former members of the judiciary, including the acting general prosecutor and four Supreme Court judges, are seeking damages totalling €940,000 from the Nový Čas daily tabloid and its publisher, Ringier Axel Springer, for photos and videos published in June 2011. The judicial figures object to Nový Čas’ interpretation of images from the party, which appeared to link it to a shooting spree that took place two months earlier.

Back in late August 2010, Ľubomír Harman, a 48-year-old man wearing blue ear defenders and armed with an assault rifle, shot dead seven people before killing himself in Devínska Nová Ves. The Judiciary Oscars Association met two months after the shooting in October 2010, and in June 2011, Nový Čas published images from the party, in which retired judge Tibor Péchy sported blue ear defenders and carried an imitation assault rifle, plus video footage of the meeting. In a case filed this year, the judges and senior prosecutor are objecting to associations between the images from the Bonanno bar and the mass murderer, arguing that they were not mimicking Harman. They also claim the photographs were modified.

In another case, Judge Michal Truban sued the Sme daily, claiming that an article published by the newspaper in September 2012 had impugned his honour and infringed upon his privacy by alleging that the judge accepted a free hunting trip in 2008. Truban asked for three separate apologies from Sme and €150,000 in damages. The court ordered the newspaper to publish an apology to the judge in capital letters on its front page for three consecutive days in late April.

“The judges proved that they first of all care about themselves, and only after that about justice,” wrote Matúš Kostolný, the editor-in-chief of Sme (whose publisher, Petit Press, is also the majority owner of The Slovak Spectator), in a column published in the same issue, adding that the judges also proved that “they do not take freedom of speech into consideration and that in reality they would like to keep what the newspapers write under control”.

The Slovak committee of the International Press Institute (IPI) has expressed deep concern over what it calls growing pressure by courts, judges and the judiciary in general on the freedom of press guaranteed by the constitution of Slovakia.

Lawsuits filed by judges and prosecutors in the Bonanno and Truban cases are direct threats to the media as representatives of the public in the performance of their basic function of informing the public and acting as a check on state power, said Pavol Múdry, the chairman of the board of IPI Slovakia, in an official statement.

“Both cases of attacks on the media evoke justified concerns that judges, prosecutors and the judiciary in general behave as though they are a class of untouchable people sheltered from criticism and ultimately beyond the reach of public control,” said Múdry. “Yet, even in the decisions the judiciary cannot stand above all and must accept the fact that it must be accountable to the public.”

According to IPI Slovensko, in the Bonanno case, journalists are being accused of revealing inappropriate behaviour by judges and prosecutors who acted at odds with the code of judicial ethics.