MOBILE phones are complex devices that should make our lives easier, at least according to their makers and boosters. And this vision is in some ways coming to fruition, partly with the involvement of Slovak firms. In late May an application designed by a local technology company that enables payments via mobile phones, was launched in Slovakia. 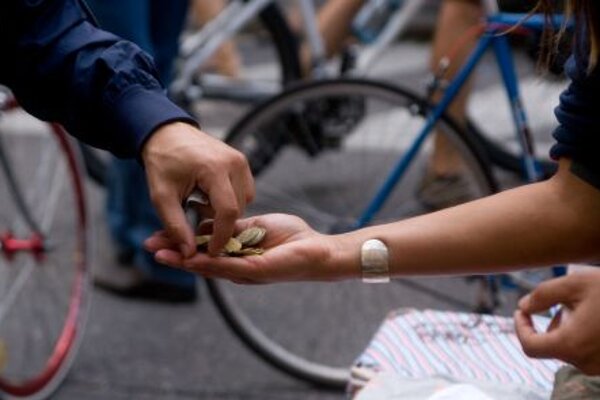 The new service allow customers to make single payments of up to €50. (Source: SME)
Font size:A-|A+0

MOBILE phones are complex devices that should make our lives easier, at least according to their makers and boosters. And this vision is in some ways coming to fruition, partly with the involvement of Slovak firms. In late May an application designed by a local technology company that enables payments via mobile phones, was launched in Slovakia.

Less than seven days after its launch 11,000 users had downloaded the application and transactions using the software totalled €43,000, a press release by participating banks and Viamo, the designer of the application, stated on June 7.

The application, which links a client’s mobile number to his or her bank account, is currently supported by only two banks in Slovakia – Tatra Banka and VÚB Banka – but more are expected to join.

“The high interest in the Viamo service proves its usefulness,” said Viamo CEO Adam Marek, as quoted in the press release. “Viamo is ideal for small and fast transactions of money between acquaintances and this is the purpose for which people immediately started to use it. We believe that the fast spread of the service will encourage other banks to join the system.”

Marek added that people are also finding new situation in which the service can be used, for example on internet shops.

In another step, Viamo wants the application to enable payment by mobile phones in actual shops.

Tatra Banka and VÚB Banka expect the application to become more popular, until it is used by tens of thousands of their clients. According to them, innovations in payments quickly become the norm.

“We are, for example, the country with the second biggest turnover of contactless payments [per capita] in Europe,” said Igor Vida, the head of Tatra Banka, as quoted by the website of the Trend weekly.

According Ignacio Jaquotot, the head of VÚB Banka, 600,000 Slovaks own smartphones and thus there is potential for a fast start-up of the service.

When a client needs to send money, he switches on the application, types in the mobile phone number of the person to whom he wants to send the money, dials in the sum and confirms it by entering a PIN code. He does not need to know the number of the payee’s bank account. The recipient gets a message informing him about the transaction. Recipients who are not registered with the service get instructions about how to receive the payment, while those who are already registered just get a confirmation message saying that the funds have been sent.

The sums which clients can send daily are capped by the banks themselves. Clients of Tatra Banka can send up to €150 per day, with no single transaction exceeding €50. The weekly limit is €1,000 and the monthly limit €3,000. At VÚB Banka, the daily limit is €200, with a per-transaction limit of €50.

The free-of-charge application is available only for smartphones using the iOS and Android operating systems for now. Applications for other operating systems should follow. While the sender has to have a smartphone, the receiver can be any client of a bank in Slovakia.

There are already several other schemes in Slovakia allowing payment by mobile phone. Clients can use internet banking in mobiles, QR codes and NFC (Near Field Communication) technology, among others.

Mobile payment transactions are regarded as a high-potential sector of the market.

Gardner, an information technology research and advisory company, expects global mobile transaction volume and value growth to average 35 percent every year between 2012 and 2017. It forecasts a market worth $721 billion with more than 450 million users by 2017, according to a press release dated June 4.

The Týždeň weekly cited a Gardner study saying that from a global point of view, eastern Europe should be the fastest growing market in terms of number of users of mobile payment system.

But the weekly points out that the world market for mobile payments is fragmented, and there is no solution which might have global usage. All the current projects have local reach, mainly because of the need to tie the projects to local banks.

There are also regional differences in the way such services are used, as defined by demography, economic development or local banking infrastructure. For countries in the developed world, payments for goods and services and money transactions are the two segments with the highest expected growth. Money transfers are dominant in developing countries due to their less developed banking networks.