Since the sale of flats in the tallest residential towers in Slovakia started last March, 338 buyers have chosen to live in Panorama City. More than half of the 606 flats were sold in less than three months. 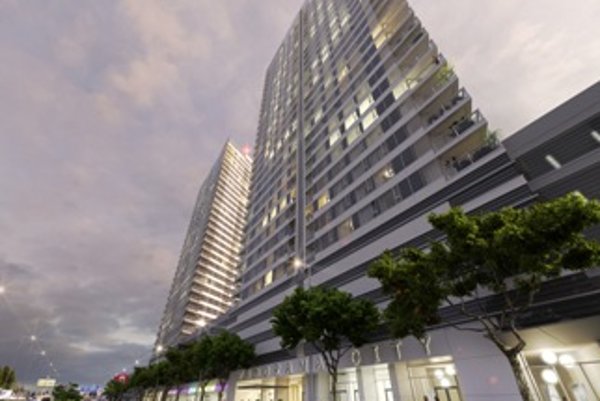 Since the sale of flats in the tallest residential towers in Slovakia started last March, 338 buyers have chosen to live in Panorama City. More than half of the 606 flats were sold in less than three months.

“We are glad we have been able to offer to people flats attracting such big interest. We see behind the success of PANORAMA CITY mostly a combination of five aspects – its location in the centre of Bratislava, beautiful views, practicality, a good price and welcoming conditions for payment. Clients also appreciate the good-quality standard equipment of the flats, as well as the wallpaper and carpets in the common areas and benefits like a full-season ski pass for the best ski resorts in Slovakia,” Katarína krajňáková, spokesperson of J & T REAL ESTATE, says.

Until construction begins on July 1, those who are interested in living in PANORAMA CITY can buy a new home in the centre of Bratislava for favourable prices. A one-room (i.e. living- and bedroom in one) studio can still be purchased for €88,711 with VAT, a two-room (i.e. one bedroom) studio is available from €109,893 with VAT and a three-room (two-bedroom) flat from €147,742 with VAT. All prices include a cellar room and standard equipment, like good-quality plumbing, bathroom equipment, wood parquet floors and hingeless doors.

PANORAMA CITY, Bratislava’s tallest residential towers, will grow just a few metres from the Danube promenade, close to the Eurovea shopping centre on Landererova Street in Bratislava. With their height of 108 metres, they will become part of the new panorama of the Slovak capital. PANORAMA CITY will bring more than 600 new flats and almost 950 parking spaces to the lucrative location in the Old Town, thus crucially enhancing the now quite limited possibilities for new housing in the centre of Bratislava. PANORAMA CITY will also bring more greenery to Bratislava’s centre: a park will emerge close to the towers which will be used as a relaxation zone. Directly under the windows of PANORAMA CITY, there will be a roof terrace roughly the size of one football pitch.

Visitors can see the model flats via a true-to-life simulation of views of Bratislava in the PANORAMA CITY SHOWROOM on Pribinova 19 in Bratislava (next to the Eurovea shopping centre) daily, between 9:00 and 20:00. More information about the project can be found at www.panoramacity.sk.