India in the viewfinder of Slovak exporters

SLOVAKIA would like to reduce its export dependence on the European Union and focus more on areas outside the continent. Currently, about 85 percent of Slovakia’s exports end up in EU countries. The Slovak Economy Ministry is searching for new destinations for Slovak products, especially in Asia, countries of the Persian Gulf, Russia and the Balkans. India, with its population of over one billion and a growing middle class, is a particularly attractive export market for Slovakia. 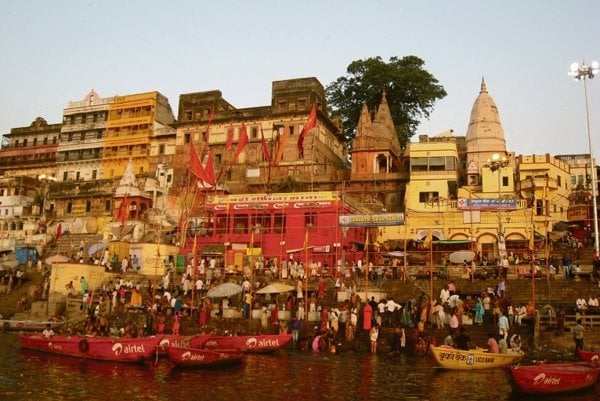 SLOVAKIA would like to reduce its export dependence on the European Union and focus more on areas outside the continent. Currently, about 85 percent of Slovakia’s exports end up in EU countries. The Slovak Economy Ministry is searching for new destinations for Slovak products, especially in Asia, countries of the Persian Gulf, Russia and the Balkans. India, with its population of over one billion and a growing middle class, is a particularly attractive export market for Slovakia.

“The main importance of India for Slovakia lies in the economic attractiveness and opportunities for the sale of Slovak products on the broad and increasingly absorbing, but also increasingly demanding, Indian market,” Dušan Novotný from the department of bilateral trade cooperation at the Slovak Economy Ministry told The Slovak Spectator. “India is a source of traditional raw materials, but over the past few years it has also become a source of top technologies and investments.”

Both bilateral trade, and especially India’s exports, had been buoyant until 2011, but since 2012 there has been slowdown, Sunita Kaul, the attaché at the Embassy of India in Bratislava, told The Slovak Spectator. Bilateral trade went from two-digit growth before the economic crisis into a two-digit decline, but last year trade growth resumed, according to data provided by the Indian Ministry of Commerce and Industry.

“There are significant opportunities for India in various sectors, especially in pharmaceuticals and auto accessories,” Kaul told The Slovak Spectator.

Slovakia continues to register a negative trade balance with India and Novotný points to the commodity structure of Slovakia’s exports to India, of which products of international companies operating in Slovakia make up more than 70 percent.

“We cannot be satisfied with such a situation, and diversification of the commodity structure of Slovakia’s exports not only in India, but also in general, is becoming very topical,” said Novotný.

He recalled that in India products of the former Czechoslovak Republic were always associated with high quality and reliability and he believes that it is only up to the now independent states, Slovakia and the Czech Republic, to determine how they will continue this successful tradition. He sees supplies for the machine industry for the energy sector, extraction of raw materials and ore, chemical production, agriculture and production of food as having good prospects. There has also been cooperation in the defence industry.

Novotný believes that over the coming years there will be an increasing demand in India for technologies and products linked with environmental protection and water management.

“So-called green technologies [will be] used in all sectors of the economy,” said Novotný. “Here space for Slovak companies active in water protection and water management, as well as in environmental protection, is being created. But it is necessary to keep in mind that the Indian market is becoming more demanding for all kinds of products, especially in terms of their quality.”

Novotný sees as exceptionally important the need to intensify interest in fostering direct contacts between businesspeople, as well as negotiations between businesses of both countries that lead to real results in the form of specific and, especially, realised projects and joint ventures.

Richard Dírer from the Slovak Investment and Trade Development Agency (SARIO) added that Slovakia, within the region of central and eastern Europe, currently does not rank among priority destinations for Indian investments. India is interested in other countries , like Romania and Poland, and factors like market size and investment stimuli play a key role in deciding where to invest.

Novotný also considers the level of investments on both sides to be unsatisfying.

“Even though there are several investment projects under preparation, their negotiations as well as the realisation phase itself are excessively demanding from the standpoint of time,” said Novotný. “We are aware of the geographical distance, as well as the differences between our cultures, but this should not stand in the way of knowing each other better and development of economic and trade cooperation.”

Novotný believes that India’s current economic strength and its growing importance and influence in international and political arenas should serve as motivation to accelerate investment and business activities on both sides.

“Prospects for dynamic growth exist on both sides and opportunities have been far from being fully tapped for now,” said Novotný.

Dírer added that SARIO has organised a series of investment seminars in cooperation with Indian partners and expert associations to inform Indian businesspeople and potential investors about the business and investment environment in Slovakia, including steps the Slovak government is taking to improve it.

In the past, Indian companies showed an interest in investing especially into the sectors of metallurgy, pharmacy, textile industry, tourism, IT, production of confectionary products, extraction and processing of magnesium and the automotive industry.

With regards to the latter, India and Slovakia have both experienced significant growth. India produces about four million cars annually, according to Rajiva Misra, the Indian ambassador to Slovakia, focusing on small and fuel-efficient cars. Slovakia produced 930,000 cars in 2012, while its production mix goes from compact to luxury cars.

In terms of investments, Novotný highlighted that most investment plans have remained in the discussion stages and have yet to materialise.

“Here it is necessary to stress the fact that Indian investors are very well informed about investment stimuli and assistance provided by the Slovak government,” said Novotný. “But with regards to drawing direct foreign investments it is necessary to stress that Slovakia as well as India have principally the same interests heading towards drawing foreign investments into their economies.”

Slovakia and India hope that the meeting of the India-Slovakia Joint Economic Committee will energise the mutual economic and trade contacts.

The next meeting of the bilateral Joint Economic Committee will take place in Bratislava between July 11 and 12. Minister of State for Commerce Daggubati Purandeswari is to co-chair the meeting with the Slovak State Secretary of the Economy Ministry, Pavol Pavlis. Novotný believes that the committee’s agenda will result in further economic cooperation.

In addition to the India-Slovakia Joint Economic Committee, Kaul summed up for The Slovak Spectator other forms of economic cooperation between India and Slovakia. The Slovak Chamber of Commerce and Industry sent a delegation to India in March 1995. An India-Slovakia Joint Business Council (JBC) between the Slovak Chamber of Commerce and Industry and two Indian associations, FICCI and Assocham, was established in March 1995. The JBC has held a few sessions, the most recent of which was in April 2004 in New Delhi, generally coinciding with the meetings of the official Joint Economic Committee. A four-member FICCI delegation visited Bratislava in September 2004, while an ‘Enterprise India’ trade exhibition was held in Bratislava in October 2005. A five-member delegation of the Pharmaceuticals Export Promotion Council visited Slovakia in July 2006.