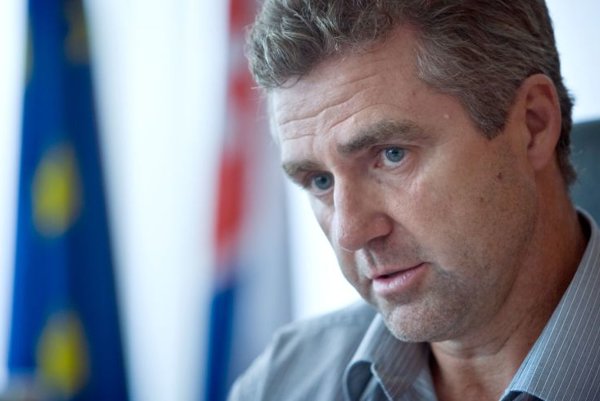 Parliamentary deputies have inquired about the June 19 police raid involving 63 police officers who rode into the Budulovská Roma settlement in Moldava nad Bodvou and proceeded to raid the dwellings of the local inhabitants. The ETP Slovensko civic association brought the raid to the media’s attention, suggesting that the police action was unjustified and inappropriate. The police detained 15 people and about 30 others were reported to have been injured by the police during the raid.

“Since the police raid, when a police patrol enters the respective settlements, the citizens treat the police with respect and the safety situation in these settlements has improved,” reads an official report on the police intervention, published by the Sme daily.

On the heels of the police raid, local media reported in June that six of the injured people were treated at the emergency room of the Moldava hospital, and a 6-month-old child who fell unconscious during the raid was hospitalised in Košice. The child’s condition was not connected with the raid, the hospital doctors said, as reported by Sme.

“Based on all available information and the inspection of the raid scene there is a strong suspicion that the police might have inappropriately used means of enforcement and violated the respective legal measures during the raid,” ETP Slovensko wrote back in June.

Gašpar on July 3 claimed that no one was injured as a consequence of the police’s activity.

The police have not received any information from the physicians to indicate that injuries occurred as a result of the police action, Gašpar said, as quoted by SITA, adding that the injury of the baby was not caused by the police action either.

Interior Minister Robert Kaliňák too has called information disseminated by the media about those injured in the raid misleading, SITA reported.

Yet, the parliamentary committee has said that in order to take an official stance they will also need a report from the Interior Ministry’s investigation of the incident. Deputy for the Slovak Democratic and Christian Union (SDKÚ) Lucia Žitňanská and non-governmental organisations suggested that the police should start talking to people from the settlement about the police raid, according to SITA.

The local government has sided with the police, according to Sme, which quoted the deputy mayor of Moldava nad Bodvou, Eva Paulinská as saying “we have problems with our Roma co-citizens. The crime rate went up and people are worried”. Paulinská said that the situation has improved since the police raid.

However, the arguments presented by the police have hit a raw nerve with the opposition, with former deputy PM for minorities Rudolf Chmel of Most-Híd, who chairs the human rights committee, saying that “if I became a victim of such a raid, I too would have big compliance as well”, Sme reported.

The parliamentary committee also expects a report on the raid from the cabinet proxy for the Roma community, Peter Pollák.

The raid was preceded by a conflict involving some of the settlement’s inhabitants with a police patrol on the night of June 16, after a party which was organised by the locals and the ETP Slovensko and Equity civic associations. The conflict resulted in the police detaining two of the local Roma, with one being released four days later and the other remaining in custody, Sme reported. Both are being prosecuted in connection with the conflict during which a police patrol car was partially damaged.

Locals believe the raid was done in revenge for this conflict, according to the testimonies recorded on video by the Roma Media Centre MECEM.

ETP Slovensko requested that the Interior Ministry investigate the raid.