Robert Brun’s recent paintings prove that “painting is not dead”

ALTHOUGH the works of Slovak artist Robert Brun return to the Bratislava City Gallery (GMB) after 26 years, they represent the most recent phases of his career, and also a return to painting by an artist who once preferred graphic art and book illustrations, and who later withdrew from media attention and social life. 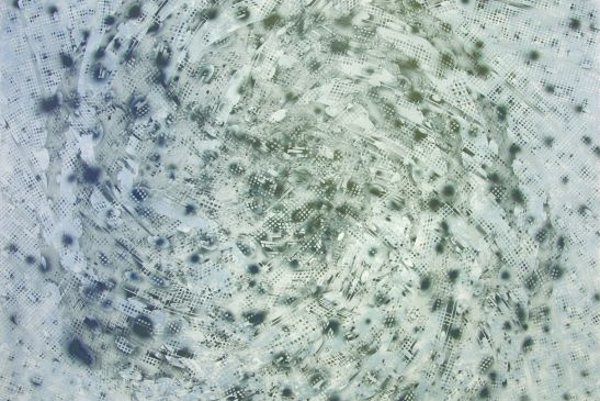 ALTHOUGH the works of Slovak artist Robert Brun return to the Bratislava City Gallery (GMB) after 26 years, they represent the most recent phases of his career, and also a return to painting by an artist who once preferred graphic art and book illustrations, and who later withdrew from media attention and social life.

“But Robert Brun held to painting in a period when other mediums were much more preferred, and the newly-evoked interest in classical hanged painting refuted the theses of several theoreticians about the worthlessness, the lack of topicality, or the death of the painting,” the exhibition’s curator and the director of the GMB, Ivan Jančár, wrote in an accompanying bulletin.

At the exhibition’s opening on June 18, Jančár mentioned the previous exhibition of Brun’s work at the GMB – exactly 26 years ago – when he also won the Golden Apple at the Biennial of Illustrations Bratislava competition of illustrators of children’s books. The current exhibition – not including the most recent pieces – was shown last year in the Považská Gallery in Žilina and is comprised of work from the years 2008 to 2013 in several cycles, called Persona non gratis, Blekenvajt (Black and White), Sediment, Alter Ego, Frontman, Bez názvu (No Name) and Prospektor.

Jančár stressed that the combination of works, as shown in the Robert Brun’s Portfólio 2008-2013 exhibition, multiplies their inner energy.

“These paintings are monochromic,” he said. “Their colour is more concentrated in the centre, and it is dispersed into finer nuances. As for technology, this is an attempt at a fusion of in-ject print on canvas and painting acrylic components aimed at synergic effect. The surface is shaped with several layers of acrylic paint – through which he makes the illusion of a space, and the painting seems to be not just planar, but rather to the inside. These works do not have the character of geometrical abstraction; small geometrical elements seem to create the form of a live, moving organism,” Jančár described.

Brun was born in 1948 in Žilina and is one of the last graduates of the legendary Department of Book Graphic Art and Illustration led by Vincent Hložník. After having focused more on graphics and illustration, Brun retreated to a more secluded life, but he has been lecturing at the Academy of Arts in Banská Bystrica since 2002.

The current exhibition of Brun’s works, accompanied by a catalogue in both Slovak and English, can be seen at the Pálffy Palace of the Bratislava City Gallery (GMB) at Panská 19 until September 8 and is dedicated to his late son.