Presidential race: no strong candidate yet

IVAN Gašparovič has yet to finish his second term as Slovakia’s president, but his potential successors have already started gathering forces for the race they will run in 2014. While the centre-right has produced more than enough candidates - and the number is still likely to change - the ruling Smer party has remained silent about whom they will nominate. 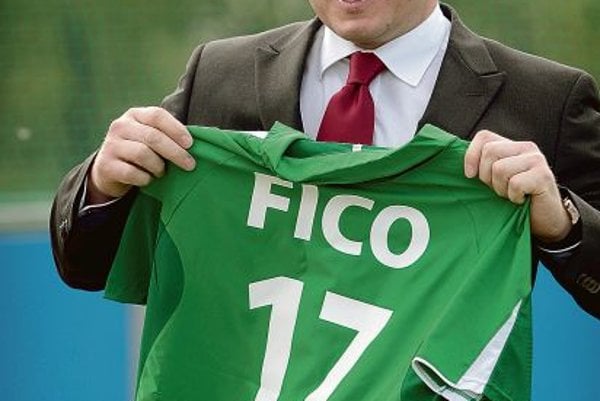 IVAN Gašparovič has yet to finish his second term as Slovakia’s president, but his potential successors have already started gathering forces for the race they will run in 2014. While the centre-right has produced more than enough candidates - and the number is still likely to change - the ruling Smer party has remained silent about whom they will nominate.

Observers agree that so far no parties have come up with strong candidates for the race that is to take place in March 2014. Prime Minister Robert Fico has been leading the opinion polls, but he is not an official candidate as of yet, and he and his party have not given clear statements about rumours that he might run.

The results of a poll conducted by the MVK polling agency, which were released in late May 2013, rank Fico with 42 percent of the vote, followed by Ján Čarnogurský with 17.2 percent and Radoslav Procházka with 16.4 percent. Andrej Kiska garnered 12.5 percent of the vote in the poll. The Focus polling agency released the results of its most recent presidential poll in March 2013, with Fico scoring 29.9 percent, followed by Kiska with 23 percent.

Pavol Hrušovský received 12 percent in the poll, while Procházka earned 9.4 percent and Čarnogurský only 7.6 percent.

The 2014 presidential election will take place without the incumbent President Gašparovič running as a candidate, since he has already served two terms, the maximum the Constitution allows one person to occupy the presidential chair. The ruling Smer party, whose public support still hovers around 40 percent in the polls, endorsed him as a candidate in the previous two elections. Now the party needs to find a new face for the post, and observers expect it to be the party’s leader, current Prime Minister Fico.

Fico has, however, not confirmed anything as of yet, and his party has repeatedly stated they will not deal with the issue before autumn 2013. Political analysts call it a deliberate tactic: Smer is waiting to see who the competitors are, and in the process, allowing the centre-right to become even more fragmented than they are currently.

“Smer apparently wants to let the centre-right bleed out in mutual fighting,” political analyst Juraj Marušiak of the Slovak Academy of Sciences told The Slovak Spectator.

Analysts find it hard to imagine anyone other than Fico running in the presidential race.

“If Smer runs a candidate, it will be only Fico, as they have no other candidate,” political analyst Miroslav Kusý said, adding that for Fico it is a question of prestige, and he might be prevented from running only if there was a candidate with the potential to beat him - such as former prime minister Iveta Radičová.

“He will only run if he is sure to win,” Kusý told The Slovak Spectator.
Fico’s potential candidacy however might cause problems for his party, observers agree: his departure for the presidential post would leave the prime ministerial chair and the Smer chair vacant.

“They have to come up with a solution to get Fico elected as president, but at the same time their rule of the country must continue undisturbed,” political analyst Grigorij Mesežnikov told The Slovak Spectator, adding that to achieve that, Fico’s successor must be a politician with popularity and trust among voters comparable to that of Robert Fico.

Meanwhile on the political right

The centre-right is proving to be much more problematic with regard to its nominations for Slovakia’s next president. Even though the parliamentary opposition had originally hoped to find one strong candidate with unanimous centre-right support to face off against Fico in the presidential race, such hopes have since been dashed.

First, Freedom and Solidarity (SaS) on June 11 announced Peter Osuský as their candidate, an SaS MP and a former prominent member of the Civic Conservative Party (OKS) who joined the liberals before the 2012 general election.

The three parties united within the People’s Platform have so far failed to agree on a common candidate. On June 28 the Christian Democratic Movement (KDH) and the Most-Híd parties selected former KDH leader and parliamentary speaker Pavol Hrušovský.

“I’m willing to accept the presidential candidacy in the event that there is support of all three parties of the People’s Platform,” Hrušovský said, as quoted by the Sme daily.

The Slovak Democratic and Christian Union (SDKÚ), however, did not rush to support Hrušovský, with its leader Pavol Frešo saying they will take until autumn to decide what to do. Some statements of the party’s members suggest they are still hoping Iveta Radičová will change her mind and run in the election.

“It is a symptom of a chronic disease when the rightist parties are unable to overcome their egoistic frameworks and in the end they will not agree on one candidate,” Mesežnikov said, adding that the centre-right parties cannot conceive of finding a candidate who represents their values but who is not a party member.

“They are trying to put forward their members, but none of them are electable,” Mesežnikov said.
The fragmentation of the centre-right vote is increasing the chances of Smer’s candidate in the race, analysts agree, with some suggesting that with too many rightist candidates, Smer’s candidate might even win the election in the first round. But it does not necessarily have to be like that, according to Marušiak.

“Much will depend on the economic development in the country,” Marušiak said.

Apart from Hrušovský, two other candidates with previous associations to the KDH have already started campaigning: former KDH chairman Ján Čarnogurský, and Radoslav Procházka, an independent MP who recently broke away from the party and founded a civic association, Alfa.

The first candidate to announce his candidacy was Andrej Kiska, a businessman and philanthropist who founded the successful charity project Dobrý Anjel (Good Angel), which he left in order to run in the presidential race.

No clear favourite among the candidates so far

“None of them could be called a favourite in the race,” Kusý said of the candidates that have been presented so far, adding that none of them stand a chance in a duel with Fico.

If Robert Fico runs, none of the currently considered candidates will be able to defeat him, Mesežnikov agreed.

“The right wing did not manage to generate a candidate that would be a real alternative to Robert Fico,” Mesežnikov said. “Such an alternative was Radičová, but she refused to run. The more candidates there are on the right, the lower the chances for any one of them to win.”

RELATED ARTICLE: What analysts say about the candidates