WHILE TOURISM has boosted income and employment and reduced regional disparities in many countries, Slovakia has largely failed to effectively harness its history and nature to attract more visitors. Hopes are now pinned on the Strategy of Development of Tourism until 2020, a plan adopted by the Slovak cabinet on July 10, to help Slovakia become more competitive in foreign tourism and fully utilise all of its potential. The strategy includes a national rating system of quality and financial tools to support tourism companies that attract foreign tourists to Slovakia. 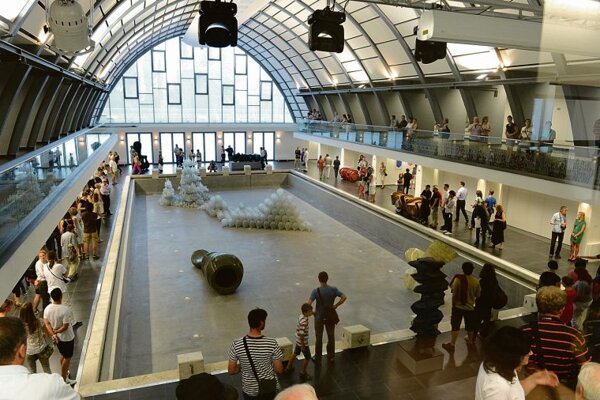 WHILE TOURISM has boosted income and employment and reduced regional disparities in many countries, Slovakia has largely failed to effectively harness its history and nature to attract more visitors. Hopes are now pinned on the Strategy of Development of Tourism until 2020, a plan adopted by the Slovak cabinet on July 10, to help Slovakia become more competitive in foreign tourism and fully utilise all of its potential. The strategy includes a national rating system of quality and financial tools to support tourism companies that attract foreign tourists to Slovakia.

“Tourism contributes to … Slovakia’s GDP by a bit more than 2 percent,” said František Palko, the state secretary of the Ministry of Transport, Construction and Regional Development, when introducing the strategy on July 8. “I’m convinced, and I reiterate, that our potential is still unused and that tourism can play a more important role in creation and revitalisation of the GDP structure.”

Palko views tourism as a way to reduce the dependence of Slovakia’s economy on exports and to increase employment.

Tourism generates on average 3-5 percent of GDP across the world, according to data of the World Tourism Organization (UNWTO). In Slovakia this share was just 2.5 percent over the last two years. Slovakia lags behind most of its Visegrad Group neighbours, as well as Austria. The latter tops the regional ranking of countries, with 5.4 percent of GDP coming from tourism in 2011. It was followed by Hungary (5 percent), the Czech Republic (3.9 percent) and Poland (2.3 percent).

“Our vision could be summed up by three words: quality, development and opportunity,” said Palko.

The national system of quality

The Ministry of Construction hopes that the proposed national quality assurance system will boost quality of the services provided in tourism, which it regards as being of key importance when drawing more tourists to Slovakia. The system should be launched as of 2016.

Ivana Magátová, the general director at the Transport Ministry’s tourism department, explained that under this voluntary system, companies providing accommodation, boarding and guide services would apply for quality certificates at the ministry. They would receive gold, silver or bronze certificates based on the conditions that they meet. The certificates will be granted for a certain period of time, after which the providers would undergo another review.

“Our goal is to increase the quality of provided services,” Magátová said.

Palko hopes that the certificates will increase, along with the quality, Slovakia’s competitiveness.
“It is understandable that when a foreign tourist arrives in Slovakia, he compares especially the quality of services,” said Palko, hoping that tourism services providers will voluntarily join the system to make themselves more attractive to visitors, with the programme paying off most when a majority of the providers participate.

One of the main problems with Slovakia’s tourism is that the country, as a tourist destination, fails to attract visitors who stay longer than an average of three nights. Now the Transport Ministry is proposing to motivate, via financial incentives, tourism services to encourage visitors to spend more days in Slovakia and thus spend more money here. The ministry’s idea is to give financial support to companies who attract foreign tourists to Slovakia for stays of five or more days. Such an organisation would receive €30 per stay of visitors from visa-free countries and €60 per stay of visitors from other countries.

The ministry has calculated the annual costs of this targeted support at €10.5 million, and Palko estimates this subsidy would bring multiple benefits in the form of revenue paid in taxes including VAT, as well as create jobs. The ministry plans to launch the support programme at the beginning of 2014, with the financial assistance going to travel agencies, accommodation facilities and transporters.

Ján Figeľ, the head of the opposition Christian Democratic Movement (KDH) and former transport minister, argues that not all companies active in tourism base their business on lengthy stays.
“Five days of stay is for large players, not for small ones,” Figeľ said, as cited by the SITA newswire.

The strategy proposes to intensify promotion of Slovakia abroad with the help of the Slovak Tourist Board (SACR), to support innovations in tourism by granting awards and other measures. The Slovak Tourism Association (ZCR) participated in the creation of the strategy, and input from its members was incorporated into its draft. Marek Harbuľák, the ZCR president, specified that their two fundamental remarks related to VAT and holiday vouchers were incorporated into the strategy’s section devoted to supply and demand.

Palko pointed out that when writing the strategy they had to be conscious of the consolidation of public finances and, thus, questions of reduction of VAT, as well as the introduction of vouchers, could be addressed only in the future. The association has pointed out that Slovakia’s VAT is among the highest for tourism-related services and that the experience from neighbouring countries is that its reduction has resulted in more tourists, and thus also more employees, turnover and tax revenue. The ZCR has also called for the introduction of holiday vouchers as a stimulus to support domestic tourism.

“Our inputs and arguments focused especially on bringing a different view [from the businesses’ viewpoint] on these things,” Harbuľák said, adding that while promotion is important, firstly there must be business entities which are able to create products of such quality that would warrant such promotion. “It is important that the three main parts, quality, demand and supply, and promotion, are fulfilled symbiotically. Because if any of these lags behind the other two, all the efforts will be in vain.”