AGRICULTURAL subsidies make up nearly one-third of the European Union’s total budget, so the late-June agreement to reform the Common Agricultural Policy (CAP) is no small achievement. 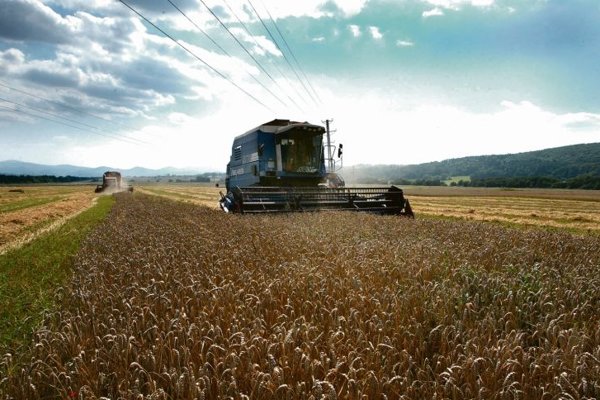 AGRICULTURAL subsidies make up nearly one-third of the European Union’s total budget, so the late-June agreement to reform the Common Agricultural Policy (CAP) is no small achievement.

The three main institutions of the EU – the European Commission, the EU Council of Ministers and the European Parliament – reached a political agreement over reforming the CAP after two years of negotiations with the member states on June 26, 2013. In addition to changing rules for allocating the annual direct payments, the new policy requires farmers to use money to make themselves more environmentally-friendly.

“[This] gives the Common Agricultural Policy a new direction, and takes better account of society’s expectations as expressed during the public debate in spring 2010,” said Dacian Cioloş, commissioner for Agriculture and Rural Development, as quoted in a press release.

Slovak Agriculture Minister Ľubomír Jahnátek also welcomed the agreement, saying that “the farmers might be satisfied”.

“There is a chance that Slovak agriculture might, under the negotiated conditions, revitalise by the end of 2020,” he said, as quoted by the TASR newswire.

The aim of the ministry is to support actual farmers, and not only those who only own the land, said Zuzana Gulová, spokesperson for the Agriculture Ministry. Payments will also depend on what is produced and how much, she added.

“We want to diversify the production to give to shops [everything] that we are able to produce, not only the wheat and barley,” Gulová told The Slovak Spectator.

Still, not everybody is satisfied with the changes. Though the current measures of CAP are better than the ones originally presented in 2011, some discriminatory elements will remain, said Milan Semančík, head the Slovak Agricultural and Food Chamber (SPPK).

“Concerning the support policy, we still won’t be on the same starting line with western European countries,” Semančík said.

The EC claims that direct payments will be distributed more evenly between member states, regions and farmers. Under the plan, no single country should receive less than 75 percent of the EU average by 2019, and aid per hectare may not be less than 60 percent of the average of the aid disbursed by 2019 in a single administrative or agronomic area.

The reforms call for support for small and medium-sized farmers to increase by allocating higher levels for the “first hectares” of a holding, according to the EC. The new CAP also plans to support young farmers to set up businesses, with the introduction of a 25 percent aid supplement during the business’ first five years.

The EC will establish the so-called list of excluded activities which cannot be defined as related to agriculture. This will iron out a number of loopholes which have enabled some companies, whose primary business is not agricultural, to claim for direct payments, EC officials said.

An agreement over allowing additional payments in so-called less-favoured areas is a success for Slovakia, since it will be able to couple 15 percent of the direct payments, and use it to support the so-called sensitive sectors, like the growing of fruits and vegetables, Jahnátek said, as reported by TASR. The country failed in its efforts to lobby for coupled payments to extend to breeding pigs and poultry.

As Slovakia must boost production of these meats by 2020, the ministry will use other funds, Gulová told The Slovak Spectator.

The new CAP also creates avenues for farmers to establish professional and interprofessional organisations to negotiate sales agreements on behalf of their members, or abolishment of the quotas on sugar by 2017, according to the EC. Between 2014 and 2020 more than €100 billion is slated for helping farmers cope with soil and water quality, biodiversity and climate change. Some 30 percent of direct payments will be linked to three environmentally-friendly farming practices: crop diversification, maintaining permanent grassland and conserving 5 percent – and later 7 percent – of areas of ecological interest as of 2018, or other measures considered to be at least equivalent in terms of environmental benefits.

Moreover, at least 30 percent of the budget for the rural development programmes will go to implementation of the agri-environmental measures, supporting organic farming or projects associated with environmentally friendly investment or innovation measures, according to the EC.

The new CAP still needs to be passed by the European Parliament and member states. If approved, most of it will become effective as of January 2014.

The ecological interests of the CAP provoked mixed feelings among farmers in newer member states, particularly the obligation to conserve 5 percent of their arable land.

“We consider this measure counterproductive, because it leads to limiting the production potential of the European agricultural sector in a time when the whole world is dealing with the issue of satisfying the rising demand for food,” Semančík of SPPK said.

The Food Chamber of Slovakia (PKS) considers the CAP agreement to be discriminatory to Slovak farmers and food producers. Though some compromises reached during negotiations might be regarded as positive, the EU is still putting some countries at a disadvantage, for example, through the differences in subsidies per one hectare of land, PKS president Daniel Poturnay told The Slovak Spectator. He added that so-called greening might also be considered problematic.

The final agreement over the ecological interest of CAP was also criticised by representatives of the Slovak Ornithology Society (SOS)/BirdLife Slovensko, who said that it opposes the green reform. Though the principle to link 30 percent of direct payments to the so-called green package remained, the measures have been significantly weakened, according the organisation’s Tatiana Nemcová.

Nemcová also criticised that the budget for supporting rural development was decreased, and that the CAP conditions will allow supporting of farmers who do not observe the legislation to protect water sources and protect the lands from the use of pesticides. The only benefit the new CAP brings is that the member states will have a lot of room to implement the measures into their national legislation, Nemcová said.

“Yet, the present steps of the Agriculture Ministry and statements of the minister over the results of the reform do not create much room for optimism regarding the direction of our agriculture towards sustainability and protection of natural resources,” Nemcová said.