Latvia: Embracing EU membership with sights on the euro

THE LATVIAN capital Riga will become the European Capital of Culture in 2014, with Indulis Berzinš, the Vienna-based Latvian ambassador to Slovakia, where the city of Košice holds the culture capital title this year, believing that it will offer more incentives for international tourists to visit his homeland. The Slovak Spectator spoke to Berzinš about the cultural exchange between the two countries, EU membership and its challenges as well as the business prospects between Latvia and Slovakia. 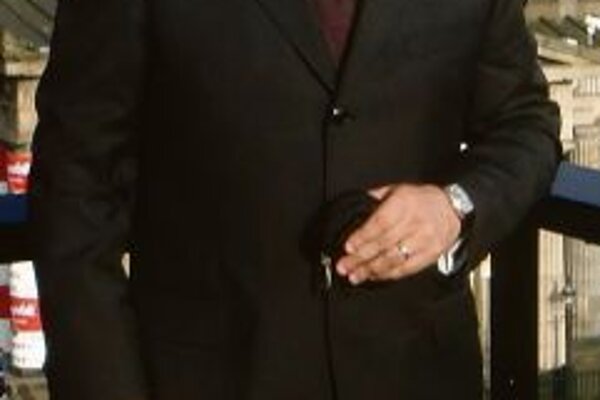 THE LATVIAN capital Riga will become the European Capital of Culture in 2014, with Indulis Berzinš, the Vienna-based Latvian ambassador to Slovakia, where the city of Košice holds the culture capital title this year, believing that it will offer more incentives for international tourists to visit his homeland. The Slovak Spectator spoke to Berzinš about the cultural exchange between the two countries, EU membership and its challenges as well as the business prospects between Latvia and Slovakia.

The Slovak Spectator (TSS): Your country became a member of the European Union in 2004, along with Slovakia. What benefits and challenges has EU membership brought to your country? How would you assess the public’s attitude towards EU membership today?
Indulis Berzinš (IB): Though people still remain wary of the economic hardships the EU is facing, a public opinion poll suggests that 69 percent of the Latvian people appreciate the free movement of people, goods and services that the EU provides, and 57 percent feel like true citizens of the EU. Besides, 68 percent of Latvians would like to know more about their rights as EU citizens, indicating an interest in being part of the EU.

TSS: Estonia adopted the European single currency in 2011, Latvia is going to do so at the beginning of 2014 and Lithuania wants to follow as of 2015. How do you expect adopting the euro will benefit your country? What are the most frequently voiced concerns?
IB: The formal process of decision making ended on July 9 and Latvia will join the eurozone on January 1, 2014. To join the eurozone is our strategic goal based on the conviction that it will strengthen the stability of our economy. From the perspective of foreign policy, joining the eurozone is a significant geopolitical and geostrategic decision. The most frequently voiced concern pertains to the issue of public support. The most important partners of the government – the Employers’ Confederation, the Latvian Chamber of Commerce and Industry and the Free Trade Union Confederation as well as many NGOs – have expressed their support for the introduction of the euro.
Yet, public support is gradually increasing, standing at 38 percent. However, a qualitative dialogue with society, communicating pragmatic issues and ensuring maximum support during the euro changeover process, is still very important.

TSS: Could you assess the current state of economic cooperation and trade between Latvia and Slovakia?
IB: We are glad to see that the trade turnover between our countries has considerably increased: up 48 percent in comparison with the 1st quarter of 2012. Nevertheless, Latvian imports from Slovakia are almost two times higher than exports.

In this respect Latvia aims for a more balanced trade with Slovakia by promoting higher value added exports. Compared to the corresponding period last year, Latvian exports to Slovakia have increased by 127 percent, but the volume of imports is almost two times higher than exports. Main export goods to Slovakia are chemical products, electrical equipment and metals and metal products; the main import goods are electrical equipment, chemical products (pharmaceuticals) and wood pulp.

TSS: Is there any unexplored potential for economic cooperation between our countries, and if yes, what areas are interesting to investors from Slovakia?
IB: We encourage companies from Slovakia to launch their business in Latvia. Latvia can serve as a business platform for entering not only markets of the Baltic states, but also those of Scandinavia. People in Latvia have language skills and an understanding of business culture in these countries that are a great asset for companies willing to enter or expand their operations in the region. Besides, Latvia has developed a transit and logistics sector that provides fast and cost-efficient access to the neighbouring countries.

TSS: Are there any organisations to support business links between the central European and Baltic regions, or more specifically, Slovakia and Latvia?
IB: We don’t have such a special organisation for the central [European] and Baltic region[s]. An important institution for foreign trade and investment is the Investment and Development Agency of Latvia (LIAA) to promote business development by facilitating more foreign investment, and in parallel increasing the competitiveness of Latvian entrepreneurs in both domestic and foreign markets. Also, a regular trilateral consultation board between the Ministry of Foreign Affairs, the Ministry of Economics and the LIAA, deals with planning of foreign economic activities. Unfortunately, Latvia has a non-resident embassy in Bratislava, but we have an Honorary Consulate in Košice, which can help to develop economic contacts.

TSS: There are several examples of regional cooperation, such as links between the Benelux countries and the Visegrad Group. On what levels do the Baltic countries cooperate? What are the benefits of this cooperation for your country?
IB: The Baltic states have enjoyed full-scale cooperation since the early nineties. Our dialogue is regular on all levels, covering various significant areas like energy, transport, knowledge-based economy, environment and defence. Our cooperation embraces institutional frameworks like the Baltic Council of Ministers, the Baltic Assembly and the Baltic Council. Latvia is chairing the Baltic cooperation in 2013. Coordination and joint action of the Baltic states is a prerequisite for implementation of strategic projects, especially in the areas of transport and energy. It is essential to streamline our economic cooperation in order to develop an economically integrated region. Closer cooperation among the Baltic states is also vital to coordinate the defence of national interests at the EU level.

Likewise, the Nordic Baltic Eight (NB8) region is bound not only by historic and cultural ties, but it also has a common interest in economic prosperity and interconnectedness of the energy market in the region. NB8 cooperation recommendations have shown tangible results. A perfect example is last year’s cooperation in the field of deployment of diplomats at a mission of another NB8 state in a third state. In the current European crisis, regional cooperation and close ties among its countries contributed to a certain stability of the countries of the region and the region as a whole. Following the example of other EU countries in the region, the EU Strategy for the Baltic Sea Region will receive high attention during Latvia’s EU presidency in the first half of 2015.

TSS: Do you feel that Latvians and Slovaks know about each other enough? What aspects of the culture of your country could in your opinion be appealing for Slovaks? Is there any cultural exchange between Slovakia and Latvia?
IB: Latvia and Slovakia have all-embracing cooperation, both bilaterally and within various international organisations, including the EU and NATO. There are regular high-level visits, for example on June 12-13, 2013 the President of Latvia, Andris Berzinš, participated in the 18th Central Europe Summit of Heads of State in Bratislava. In October 2012 the Prime Minister of Latvia, Valdis Dombrovskis, participated in the meeting of the Friends of Cohesions in Bratislava and had a bilateral meeting with his Slovak colleagues. Slovakia is also a popular tourism destination for Latvians.

TSS: Have Slovaks, in your opinion, discovered the Baltic countries, specifically Latvia, as a tourist destination? What could inspire more interest in your opinion?
IB: Riga is already a venue for cultural events on an international scale, but in 2014 travellers will have an important additional reason to visit Riga, since the heart of Latvia has been chosen as the European Capital of Culture and will entertain its guests with numerous events dedicated to this fact. Riga has given many pearls to the culture of Europe and the world: the most important include the Old Riga, Art Noveau and wooden architecture. An elusive value is the multicultural environment that has been characteristic from the very beginning, since people of many various nationalities have lived here together: Latvians, Germans, Russians, Poles, Swedes, Finns and others.