ESTONIA’S joining the eurozone boosted the comfort and security level of the country’s EU trading partners and put an end to speculation about possible devaluation of the national currency, the kroon, says Kalvi Noormägi, the economy officer from the Embassy of Estonia to Slovakia based in Vienna. 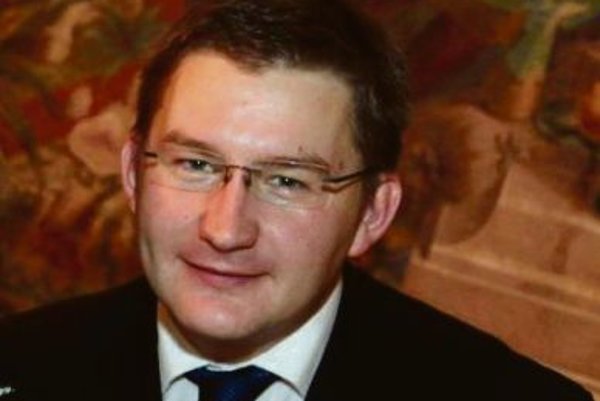 ESTONIA’S joining the eurozone boosted the comfort and security level of the country’s EU trading partners and put an end to speculation about possible devaluation of the national currency, the kroon, says Kalvi Noormägi, the economy officer from the Embassy of Estonia to Slovakia based in Vienna.

The Slovak Spectator spoke to Noormägi about economic links between Slovakia and Estonia as well as certain aspects of his country’s entry to the eurozone.

The Slovak Spectator (TSS): Estonia adopted the European single currency in 2011. How did adoption of the euro benefit your country?
Kalvi Noormägi (KN): Estonia’s economy is the fastest-growing in the currency bloc, consumers and businesses are paying lower interest rates, and business ties with Finland - a euro member state and Estonia’s main trading partner - are tighter than ever. We have the lowest state debt and that is the reason we feel safe in the euro club.

Before joining the eurozone, our economy shrank by almost a fifth in 2008 and 2009, after its real-estate bubble burst and the global financial crisis sucked all credit out of the economy. In response, the government cut public sector wages 10 percent, raised taxes, took bigger-than-planned dividends from state-owned companies and froze pension contributions to meet budget deficit requirements for euro entry.

By the end of 2011 public debt was 5.8 percent of gross domestic product, the lowest rate in the EU, and the government budget was actually in a surplus. Estonia’s economy in 2011 grew an estimated 7.9 percent from the previous year: adopting the euro boosted the comfort and security level of its EU trading partners, who imported more from Estonia as a result.
Very important was that joining the eurozone ended all speculation about possible devaluation of the kroon. Paying off euro-denominated loans in devalued kroon would have imposed a crushing burden on businesses and consumers.

TSS: Could you assess the current state of economic cooperation and trade between your country and Slovakia?
KN: The exchange of goods between Estonia and Slovakia has been fairly conservative until now. In 2012 Slovakia ranked as Estonia’s 27th trade partner with a total trade turnover of €116.4 million. Exports to Slovakia in 2012 totalled €54.5 million in value and imports €61.9 million, with a negative balance of €7.4 million.

TSS: Are there any organisations to support business links between the central European and Baltic regions, or more specifically, Slovakia and Estonia?
KN: There is no specific organisation that promotes business links between central European and Baltic countries. However, we are working continuously to promote more trade between our countries. An important role in this is carried out by different organisations of entrepreneurs, like the Estonian Chamber of Commerce and Industry, common projects in the framework of Eurochambers and European Enterprise Network, as well as the Embassy or our Honorary Consul in Slovakia, with entrepreneur Peter Pochaba.