THE BALTIC nations and Slovakia are among Europe’s smaller countries in both size and population. This, coupled with geographical proximity and a shared post-communist past, means all four countries are looking more for investors than investment opportunities. Such factors result in economic relationships which, when speaking about trade or investments, are far from robust. 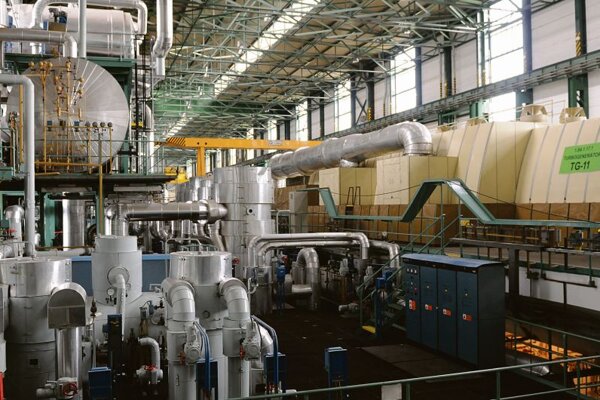 THE BALTIC nations and Slovakia are among Europe’s smaller countries in both size and population. This, coupled with geographical proximity and a shared post-communist past, means all four countries are looking more for investors than investment opportunities. Such factors result in economic relationships which, when speaking about trade or investments, are far from robust.

Lithuania, Latvia and Estonia entered the European Union, along with Slovakia and six other countries, as part of what was the EU’s biggest enlargement wave. Estonia is the only Baltic country to have adopted the euro so far, but Lithuania and Latvia plan to do so in the next two years.

Lithuania, Latvia and Estonia rank among Slovakia’s less significant trade partners. Based on the statistics of the Slovak Economy Ministry, in 2012 Slovakia achieved the biggest mutual turnover - worth €181.6 million - with Latvia, Martin Hlaváčik, from the Slovak Economy Ministry’s bilateral trade cooperation department, told The Slovak Spectator. Lithuania followed with a turnover of €147.3 million and Estonia with €70.9 million. Slovakia exported the most to Latvia - €162.6 million in 2012 - while imports from this country were the lowest, totalling only €19 million. Slovakia exported goods and services to Lithuania worth €112.5 million while imports stood at €34.8 million. Slovakia’s exports to Estonia amounted to €51.1 million and imports were at €19.8 million. Slovakia reports a positive trade balance with all three Baltic countries, while it registered the biggest surplus with Latvia, €143.6 million, followed by Lithuania with €77.7 million and Estonia with €31.3 million.

Latvian Grindeks, the biggest producer of pharmaceuticals in the Baltic region, acquired the Slovak pharmaceutical company (which changed its name from Hoechst-Biotika to HBM Pharma in 2010) from Lithuanian financial group Invalda in 2011 via the Liplats company of Kirovs Lipmans, according to the Trend economic weekly.

When attracting investors from Baltic countries, SARIO cooperates especially with the Slovak Embassy in Latvia. There are 14 Baltic country companies from various sectors which are established in Slovakia. SARIO registers three Slovak companies established on the Latvian market, according to Dírer.

While SARIO does not register any successful investment projects with the Baltic countries, it sees good prospects for Slovakia in support of attracting tourists from the Baltic region.

Lithuania is the largest of the three Baltic countries and its EU presidency, which began July 1, will boost its visibility on the EU map.

“Even though Lithuania does not belong among the most important trade partners of Slovakia, we perceive the tendency of mutual trade relatively favourably,” Hlaváčik told The Slovak Spectator. “In terms of the mutual trade development, the significant positive trade balance is a positive feature.”

Lithuania ranks 33rd among Slovakia’s export partners. The economic crisis affected the mutual trade only in 2009, while 2010 and 2011 brought record export growth, from €69.4 million to €112 million and €121.8 million, respectively.

The cooperation between Lithuania and Slovakia reflects existing prospects between the two countries and their different geographic orientation. While Slovakia focuses mostly on central Europe and Germany, Lithuania focuses on the Baltic region and Scandinavian countries, but also Poland, said Hlaváčik.

“The biggest portion of the mutual trade, which does not rank among the stronger ones [forms of trade] in either Lithuania or Slovakia, accounts for exports of supranational companies operating in Slovakia,” said Hlaváčik. “There does not exist stronger interest in more significant trade contacts in either of the two countries. Occasional requirements for finding trade partners are also being satisfied in cooperation with local professional organisations. More significant prospects for Slovakia exist in more systematic promotion and support of Lithuanians’ interest, especially in winter tourism in Slovakia, and also in participation in selected fairs in Vilnius.”

In addition to opportunities to intensify mutual trade, investments and R&D cooperation, Hlaváčik sees nuclear energy as another field ready for cooperation and development. Both countries had to close down nuclear power stations prior to entering the EU. The closure of one of the two nuclear power stations in Jaslovské Bohunice and the nuclear power station in Ignalina, Lithuania, made the two countries dependent on imported electricity. Thus, they have to solve the same national energy security problems. This topic was on the agenda of a discussion between Lithuanian President Dalia Grybauskaite and Slovak President Ivan Gašparovič in mid-June in Bratislava.

“We take Slovakia as an example country … in terms of operation of nuclear power stations … [given] the fact that Slovakia has been building two new reactors,” Grybauskaite said, as cited by the SITA newswire.