INDIVIDUALS and companies are becoming increasingly involved in giving a helping hand to those who need it. Each year for one weekend in June, volunteers around the country don matching t-shirts and unite to improve the environment in which they live or work. 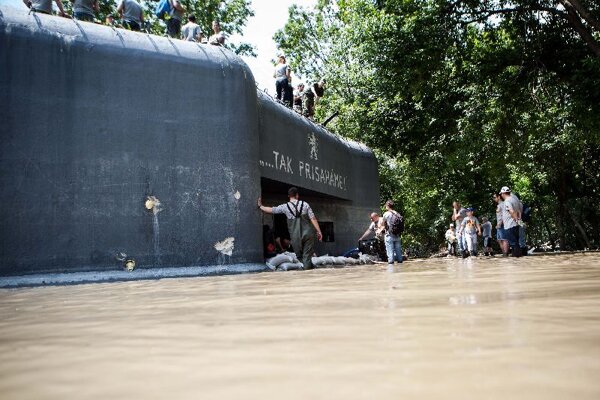 INDIVIDUALS and companies are becoming increasingly involved in giving a helping hand to those who need it. Each year for one weekend in June, volunteers around the country don matching t-shirts and unite to improve the environment in which they live or work.

More than 6,000 people from 80 companies and organisations participated in various activities prepared by 200 non-profit organisations, nurseries, schools and other groups active across Slovakia as part of the Naše Mesto (Our City) project, held on June 14 and 15 in 11 Slovak towns and cities, organised by the Pontis Foundation and companies associated with Engage group.

“Everybody can contribute to how the town they live in will look,” Petra Nagyová, PR manager at Pontis Foundation, told the TASR newswire, adding that this is the main idea of the Naše Mesto project, which is the biggest corporate volunteering event in central Europe.

Several companies in Slovakia started volunteering programmes in 2005 and 2006 when employees of Západoslovenská Energetika (ZSE), Slovak Telekom, T-Mobile, Hewlett-Packard and Provident Financial helped to clear and replant trees in the High Tatras after a huge windstorm in November 2004 damaged many forested areas. This initiative initially launched a series of activities among foreign-based companies, which were joined soon after by Slovak-based companies.

The Pontis Foundation then established a network called Engage, which brought together firms active in corporate social responsibility activities and voluntary efforts, and the network developed the idea of an annual event called Naše Mesto, in which employees of companies could help others in their community who are in need, Nagyová told The Slovak Spectator in an earlier interview.

In 2007 only about 400 volunteers from 20 companies and NGOs participated in Naše Mesto. This year volunteers could choose from among 500 various activities, the most popular of which were outdoors, like tidying up green sites and public spaces, and cleaning and painting at schools, parks and NGOs.

The highest number of people (140) in Bratislava signed on to tidy up the disused Filiálka railway station in the city’s Nové Mesto borough, which has gradually become a large illegal dump. The volunteers’ aim was to prepare the space so that it can be used as a community site for various events in the future, Nagyová told The Slovak Spectator.

Yet, there were also some new, mostly communal activities prepared by the civic associations Vnútroblok and Námestia pre ľudí (Squares for People), as well as rescue work at nine castles across Slovakia, Nagyová said.

In Poprad volunteers helped deal with the damage caused by recent strong winds in the High Tatras, and town employees in Trnava helped with various projects.

Moreover, managers and CEOs of companies and organisations in Bratislava helped clean a bunker in the Pečniansky wetland forest in the Petržalka city district, which were flooded in June.

Regarding future plans, Pontis wants to motivate people from NGOs to work together with other volunteers. The foundation also plans to “spread the idea of volunteering among people to [help them] realise that any of them can [at] anytime do something for the environment and town he lives in”, Nagyová told The Slovak Spectator. She added that they also welcome ideas for new places to arrange the Naše Mesto project in the future.

“It is important for us to find opportunities where the volunteers can help, and also companies whose employees will be able to join,” Nagyová said, adding that they will also think about new activities to “emphasise the meaningfulness of the volunteers’ help”.