FOREIGN directors rarely choose Slovakia as a filming destination, preferring instead its neighbours, the Czech Republic and Hungary. The Culture Ministry aims to change this situation through an amendment to the Act on the Audiovisual Fund, which it says should not only attract big-budget film productions, but also support investment into the local film industry and create new jobs. 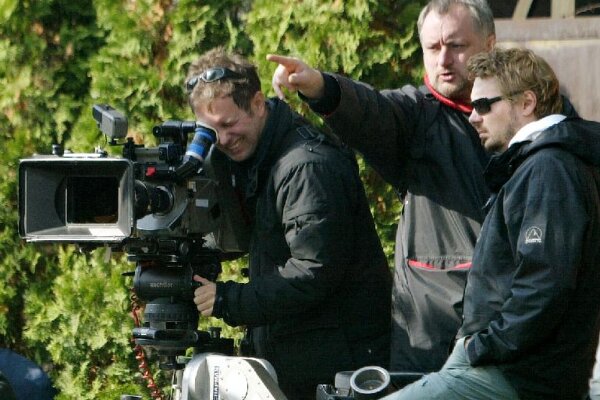 FOREIGN directors rarely choose Slovakia as a filming destination, preferring instead its neighbours, the Czech Republic and Hungary. The Culture Ministry aims to change this situation through an amendment to the Act on the Audiovisual Fund, which it says should not only attract big-budget film productions, but also support investment into the local film industry and create new jobs.

The ministry proposes to attract foreign filmmakers by returning some of the so-called justified costs that they invest into their productions. The main condition is that at least €2 million should be invested into the film, which would be taxed in Slovakia. Once filming is completed, the filmmakers will be able to ask for a 20-percent rebate.

Though people active in the Slovak film industry welcome the initiative, they warn against what they consider to be several problematic sections of the amendment.

“We tried to set the system […] to be equally or more attractive than similar systems in neighbouring countries,” said Culture Minister Marek Maďarič, as quoted by the TASR newswire, when introducing the amendment.

Slovakia will offer filmmakers more benefits than other countries, like simpler administration and the absence of a maximum limit to the subsidy, which means that filmmakers will be able to ask for the 20-percent rebate at anytime, Natália Mizereová from the press department of the Culture Ministry told The Slovak Spectator.

The plans to support big film productions in Slovakia are nothing new, as Slovakia is one of the few countries without a so-called initiation mechanism, Audiovisual Fund president Martin Šmatlák told the SITA newswire. He added that he welcomes the Culture Ministry’s initiative, saying that, in particular, film projects with difficult content might have the best chance at receiving the subsidy.

“They bring more and more awards from foreign festivals as well as domestic events, but it is necessary to develop the film industry, including its technological infrastructure and specific professions for full operation of the audiovisual environment,” Šmatlák told SITA, adding that this should be done only through bigger projects supported by foreign investments.

Zuzana Mistríková, from the Association of Independent Producers, views the draft amendment as an important initiative, which might “help to shape the framework for the development of the audiovisual industry in Slovakia”. Yet, it is important for the system to be based on conditions similar to those in other countries, she told The Slovak Spectator.

The ministry will offer the 20-percent rebate to feature, documentary and animated films of at least 70 minutes in length or to a series of 40 minutes per episode whose budget totals at least €2.5 million. Pornographic films and movies that endorse violence will not be eligible for the rebate, the draft amendment reads.

Film productions seeking the subsidy will have to submit an official request, which will be judged by the Audiovisual Fund. The request should be accompanied by a description of the film’s content, an investment plan, the schedule of its completion and confirmation of payment of the administration fee, which is 0.1 percent of the claimed amount.

Moreover, they will have to pass a so-called ‘cultural test’, in which they would receive points based on so-called cultural and production criteria. Cultural criteria are assessed by how much of Slovakia’s culture, history, nature, literature or music a film depicts, as well as whether the film touches on themes that resonate in Slovak society. The production criteria are based on employment of staff from countries of the European Economy Area (EEA), the distribution in EEA member states and filming in Slovak production studios.

Successful applicants must score at least 24 out of 48 points, with at least nine points satisfying cultural criteria, the amendment reads.

The amendment also specifies that the justified costs cannot include the subsidy from the Audiovisual Fund or the state budget.

The Culture Ministry submitted the draft amendment for interdepartmental review on July 15. If passed in parliament, the amendment will come into force on January 1, 2014.

Putting the amendment into practice might be a bit problematic. One reason for this is the scarcity of film studios in Slovakia, which disappeared after the Štúdio Koliba was privatised in 1996. The spaces are currently used by private television network JOJ.

Šmatlák said that Slovakia in fact destroyed its industrial film production base, adding that the consequences of this are still felt today, as reported by SITA.

Yet, the private company Solid Enterprise has introduced a project to build modern film and television production studios worth €60 million in Bratislava’s city borough Jarovce. The construction should start in spring 2014 and finish by September 2016, the Trendreality.sk website wrote in May.

Mistríková considers setting the limit of the justified costs at €2 million counterproductive, as the limits in other countries are lower, as reported by SITA.

When asked about what is missing from the current version of the amendment, Mistríková said that it is still at the beginning of the legislative process and that it is important that its basic aim corresponds to the needs of the film industry. She hopes that the Culture Ministry will discuss possible changes to the amendment with those who are “its target group”.