KOŠICE mayor Richard Raši and city representatives deny having ordered the painting over of a prominent mural, and have requested an immediate investigation into the matter. 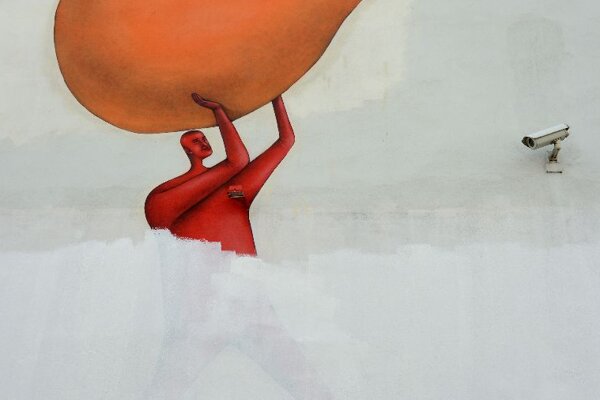 KOŠICE mayor Richard Raši and city representatives deny having ordered the painting over of a prominent mural, and have requested an immediate investigation into the matter.

The lower portion of the mural, located on the side of a building on the corner of Kováčska and Vodná streets, was covered in white paint on July 4. City office spokesperson Martina Urik Viktorinová told the SITA newswire that the large mural was the work of internationally renowned Ukrainian artists group Interesni Kazki, and was done two years ago as part of the Street Art Communication festival, which strives to create a gallery of contemporary street art in public spaces. Urik Viktorinová added that, contrary to rumours, city representatives were shocked and upset over the mural’s destruction and that the city did not sanction it.

“I am disappointed by this whole event, which definitely didn’t help to promote Košice as the European Capital of Culture,” the mayor’s statement reads. “The instruction to demolish this artwork was not made by the city office. We will require an investigation into and the publishing of the name of the person and the institution that initiated the removal of the work.” The statement adds that Košice was honoured to welcome the artists, who have also created murals in Russia, Portugal and Spain, and it is sad that their mural here was damaged.

The TASR newswire explained that the mural, made in 2011, sparked controversy, as it was created on a City Monument reserve and its organisers received permission for it only from the owner of the building, and not from the monuments’ board. There was also a police investigation into the matter. However, the mural’s partial destruction has caused much outrage and the Košice Euroepan Capital of Culture (ECOC) 2013 organisation – which supports the Street Art Communication festival – also expressed its disapproval.