Why location and the euro both matter

SLOVAKIA’S European Union and eurozone membership and its geographical location in the centre of Europe make it a suitable target country for Japanese investors in search of new opportunities beyond the borders of their country. Yet, like all businesspeople, the decision of Japanese entrepreneurs to invest in a particular location is primarily affected by the overall economic situation and demand on the global market. 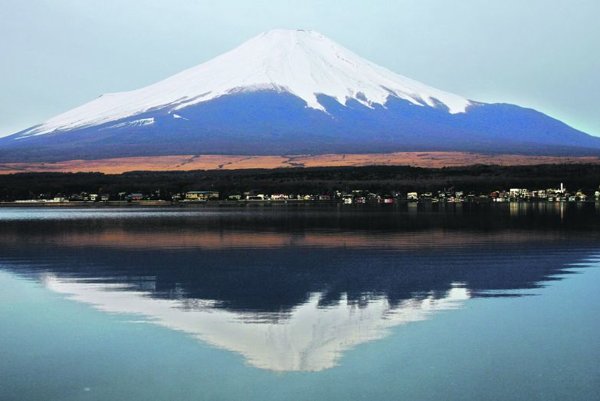 SLOVAKIA’S European Union and eurozone membership and its geographical location in the centre of Europe make it a suitable target country for Japanese investors in search of new opportunities beyond the borders of their country. Yet, like all businesspeople, the decision of Japanese entrepreneurs to invest in a particular location is primarily affected by the overall economic situation and demand on the global market.

“For the time being the Slovak Investment and Trade Development Agency is registering an increased interest by Japanese companies in investing in Slovakia,” Richard Dírer from the Slovak Investment and Trade Development Agency (SARIO), told The Slovak Spectator. “Slovakia is a gateway for Japanese businesspeople to Europe and has several positive features which they can utilise very well. One of them is, for example, the proximity to the Russian market and part of the population’s knowledge of the Russian language.”

The Slovak-Japanese Chamber of Commerce (SJOK) is less optimistic, however, with SJOK head Peter Bohov explaining that the recession in Europe means fewer opportunities for expanding and investing.

“Japanese companies are no exception to this,” Bohov told The Slovak Spectator. “Nowadays, there is no reason for them to invest in Slovakia. However, it is the same for our neighbours.”

According to Bohov, Slovakia is unknown to most Japanese investors, adding, however, that Slovakia maintains positive relations with Japan at the political level.

“On the other hand, Japanese companies are well aware of the European Union,” said Bohov, adding that despite its problems, the EU is still viewed in Japan as a safe investment destination.

Bohov stressed that a Japanese businessman thinks like a businessman from any other country: he wants to make a profit, so he goes where the clients are. If he decides to invest, the most important factor is who he wants to sell to and for whom he wants to produce. He is interested not just in one country, but the entire region, because he will not want to sell or produce only for customers in one country. This is where Slovakia factors on the map as part of the central European region. It is good when the region is strong and there are no major economic differences between the countries.

“In this phase, Slovakia is one of the options, a place to settle,” said Bohov, adding that a Japanese investor’s path to settling in Slovakia is still long and demanding.

According to Dírer, last year Japanese investors focused on the automotive industry and the production of machinery and equipment. Japanese firms research locations for new investments very thoroughly, and they often approach Japanese banks based in Europe to scrutinise investment opportunities. This is also the reason why SARIO started cooperating with a large Japanese bank in Vienna, which offers such services to its clients. SARIO also cooperates with the Slovak Embassy in Japan and the Japan External Trade Organisation (JETRO Wien) in an effort to attract Japanese entrepreneurs to Slovakia.

“The fact is that Japanese companies need to expand beyond [the borders] of their country,” said Dírer, adding that this is because the Japanese market does not provide them with the opportunity to grow and become competitive on global markets. “Expansion of a company into Slovakia as a country with a wide portfolio of EU consumers within the free market is one of solutions to this problem.”

The Slovak Economy Ministry views Japanese investment activities as having significantly declined as a result of the economic crisis, according to Katarína Špitová from the ministry’s bilateral trade department.

“The global economic situation and demand on world markets affects the interest of potential Japanese investors the most because the production of Japanese companies in Slovakia is destined for export,” said Špitová. “Thus it was of no surprise when as a consequence of a drop in demand, especially in the electro-technical sector, companies – not only Japanese ones – were forced to announce mass layoffs.”

SARIO sees the fields of nanotechnology, as well as the quality of production, in which Japan holds a strong position, as having the best prospects for Slovak-Japanese cooperation, as well as for the development of Slovakia. The automotive and electrical industries might be the dominant sectors in which Japanese companies can establish themselves.

On the other hand, Bohov thinks that cooperation between the two countries in the past was most intensive in the electrical industry.

“But its future, in the context of Japanese investors in Slovakia, is questionable,” said Bohov. “I’m inclined toward the opinion that this era is over. Today there are companies which manufacture different types of components, for example for machinery [or] automotive, or they provide services and sales.”

The Japanese Embassy to Slovakia still sees a lot of potential for trade and investments between the two countries to expand. Toward this end, economic recovery in Japan and Europe is essential, and the Japanese economy is now showing positive signs after the current government, led by Prime Minister Abe, introduced new economic measures, dubbed “Abenomics”.

Špitová pointed out that Slovakia has been recording a negative trade balance over the long-term, which in 2012 amounted to €1.090 billion, while Slovakia’s exports to Japan increased by as much as 70 percent compared with 2011. This increase was caused by demand for cars and car parts, according to the ministry.

Japan and the EU officially opened negotiations about the free trade agreement in March. Špitová explained that Japanese efforts in this area intensified after the EU signed a similar agreement with South Korea, effective as of July 1, 2011, which some in Japanese business circles feel puts them at a disadvantage. Špitová added that the EU stalled the launch of FTA negotiations for more than three years because of persistent problems on Japan’s side with removing NTBs. EU member countries and the European Commission have drawn up a list of Japanese NTBs in 10 manufacturing sectors. Of these, the automotive industry is of high importance for Slovakia, with passenger cars making up about 66 percent of Slovakia’s exports to Japan.

“Our common purpose is that from the time the FTA becomes effective, the Japanese side does not apply any NTBs, which would even in a hidden form violate the competitive environment and disable export of cars from Europe to this country,” said Špitová.

The Slovak Economy Ministry estimates that FTA negotiations could last about three years to be followed by a transition period for elimination of tariff and non-tariff barriers.

Between 2002 and 2012 SARIO helped 10 Japanese companies become established in Slovakia. These investment projects, valued at over €229 million, created almost 3,000 jobs.

Japanese companies which are operating or going to operate in Slovakia often cite the euro, the country’s location in Europe and the diligence of the workers as the main reasons for investing in Slovakia, according to the Japanese Embassy in Bratislava. Although Slovakia is losing its advantage with labour costs, the embassy still thinks it is competitive, especially with the high level of education and language skills of its citizens, and the possibilities of further developments in highway and railway infrastructure.