THE PRESENCE of the Republic of Korea and its cultural phenomena in Slovakia is comparatively recent, but can already be felt intensely – and some of the country’s events and traditions have already become a local tradition. However, some new facets of Korea’s cultural offering are emerging this year in connection with a special jubilee. 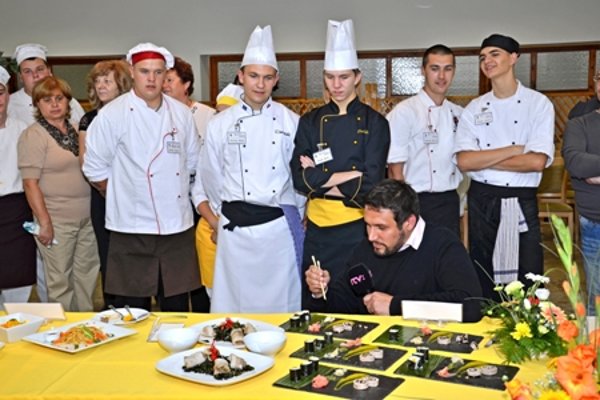 THE PRESENCE of the Republic of Korea and its cultural phenomena in Slovakia is comparatively recent, but can already be felt intensely – and some of the country’s events and traditions have already become a local tradition. However, some new facets of Korea’s cultural offering are emerging this year in connection with a special jubilee.

“The 20th anniversary of diplomatic ties between Slovakia and Korea represents a particularly good occasion for promoting cultural exchanges between the two countries,” Marianna Uherková of the embassy told The Slovak Spectator. “Our aim is to highlight the specificities of Korean culture and at the same time to respond to the particular demands of the Slovak audience, which are evolving.”

She listed the events highlighting the anniversary and exchanges between the two countries so far: a Slovak-Korean friendship concert, a Korean tourism photo exhibition, a Korean evening at the Ekotopfilm festival, and a Korean chamber music concert. “In 2012, we also organised a Korean cooking contest, a Korean taekwondo competition, the Korean-Slovak Goodwill Concert and a performance by world-famous Korean musicians featured at the annual Bratislava Music Festival in the Slovak Philharmonic, which met with great success,” Uherková said.

Apart from musical performances, which enjoy a special popularity among both Slovaks and Koreans – the Slovak Chamber Orchestra (SKO) of Bohdan Warchal toured Korea at the end of April this year, for instance – a unique happening was the Korean cooking competition, organised for students of hotel academies from across the country. Young apprentices had to cook, in pairs, one obligatory dish – consisting mainly of zucchini, minced meat and eggs, with various spices and sauces – and one Korean meal of their choice. A five-member jury assessed not just the flavour, taste and appearance of the meal, but also hygiene, cooking habits and creativity in serving the meal. The competition took place at the Hotel Academy in Na Pántoch Street in Bratislava.

The most recent events organised by the embassy include a Korean chamber music concert by the Ola Viola Korean Orchestra on May 10, and the Korea Tourism photography exhibition held in Hviezdoslavovo Square throughout June. “As for the upcoming events, we are preparing a spectacular traditional Korean dance performance in the Slovak National Theatre on 1 October 2013 on the occasion of the Korean National Day,” Uherková explained. “In November, we plan a Taekwondo performance event in Košice in cooperation with the Slovak Taekwondo Association.”

Uherková stressed the high level of cooperation with various Slovak institutions, giving as an example the cooperation between the Korea Foundation and Comenius University: a bachelor’s degree in Korean language and cultural studies was established at the university’s Faculty of Philosophy in 2012, starting with 21 students and becoming more and more popular and in-demand ever since. “Tuition is not reduced just to the language; the goal is also to offer students a wide knowledge of Korean culture and society,” Martin Slobodník, the head of the Department of East Asian Studies, told the Sme daily. He went on to say that so far the course has three lecturers: a Korean lecturer financed by the Korea Foundation, and two Slovak graduates of Korean studies – one from Seoul and another from Warsaw. Thanks to international cooperation, guest professors from abroad will lecture regularly at the department. The four-year study course is slated to be opened again in three years, with the prospect of it later being offered biennially, Slobodník added.

Marianna Uherková praised the response of Slovaks to the Korean Embassy’s cultural events, adding that ever more of them are travelling to Asian countries to discover, among other things, the Oriental cultures. “Korea, a fascinating blend of rich history, natural wonders, spectacular urban architecture and warm-hearted people, has indeed played a significant role in Asia, despite its size,” she noted.

“Hence our aim is to focus on not only the differences, but also on the common values our cultures share across the continents. Since its establishment, the Embassy of the Republic of Korea has always been keen to promote intercultural exchange,” the embassy concluded. “We indeed believe that it plays a crucial part in bringing people together and creating a multicultural society of mutual understanding and continuous enrichment. And that is what we all strive for.”