IN A CASE already drawing concerns from international human rights groups, the Interior Ministry found no police failings in a mid-June police raid that allegedly left dozens of Roma injured in the eastern-Slovak town of Moldava nad Bodvou. 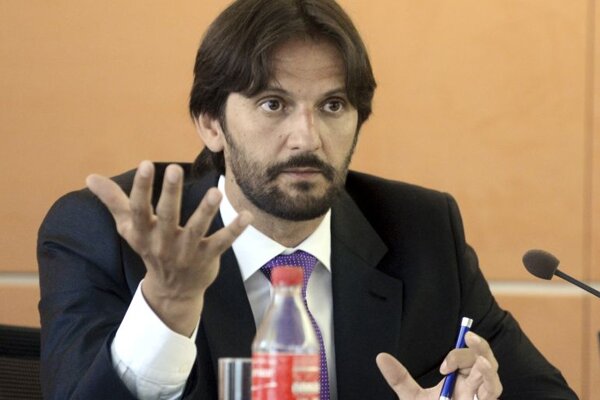 IN A CASE already drawing concerns from international human rights groups, the Interior Ministry found no police failings in a mid-June police raid that allegedly left dozens of Roma injured in the eastern-Slovak town of Moldava nad Bodvou.

In July, the Organisation for Security and Co-operation in Europe (OSCE) had asked ministry officials to investigate the incident, which involved some 50 SWAT unit police officers and drew condemnation from local human rights watchdogs.

“In this case I am standing behind the police raid since it was conducted correctly and was justified,” Interior Minister Robert Kaliňák said on July 30 in response to the investigation request from the government proxy for the Roma community Peter Pollák, as reported by the SITA newswire.

The Slovak Police have also dismissed claims of inappropriate action in association with the June 19 raid with Police President Tibor Gašpar telling the parliamentary committee for human rights on July 3 that information circulating about the police raid has been misleading and untrue.

Eyewitnesses claim that members of SWAT unit in approximately 20 cars rode into Moldava nad Bodvou’s Budulovská Roma settlement, late in the afternoon June 19 and raided homes of the Roma, according to a statement issued by ETP Slovensko, a non-profit group that works with ethnic minorities. Police detained 15 people. Some 30 people were reportedly injured during the raid, according to the group.

The raid was preceded by a conflict involving some settlement residents with a police patrol after a party on the night of June 16, according to ETP Slovensko. That conflict saw police detain two local Roma men. One was released four days later and the other remains in custody, according to the Sme daily. Both are being prosecuted in connection with the clash, during which a police patrol car was damaged. Locals contend that the June 19 raid came as revenge for the earlier incident, according to the testimonies recorded by the Roma Media Centre (MECEM).

However, Kaliňák on July 30 said that the police checked the identity of 18 people with coercive means required for just seven people.

“All have been evaluated as justified,” Kaliňák said, as quoted by SITA newswire, adding that coercive means were applied only to males and refuting media reports about a child being injured during the raid.

“A matter of fact, over the past two weeks there was no transgression there,” the minister said adding that incident has been overblown.

In response to the results of the official investigation, Pollák said his powers do not enable him to assess the legality and legitimacy of the police operation in question, the TASR newswire reported. Pollák has also stated that after meeting representatives of the injured Roma, the mayor and local councillors in Moldava nad Bodvou and with the police officers who conducted the operation, he was confronted with two opposing accounts of the events. Pollák admitted the action seems rather "controversial", TASR reported.

Pollák said he is ready to assist the police in introducing measures that would facilitate a more objective assessment of operations and would have a preventive effect on people's behaviour and on the way in which they are treated during police actions.

Police have also been criticised for failing to make video recordings of the raid with Kaliňák saying that in the future the police will probably change this practice. The recording, he said, would have proven that the raid was in line with the rules, SITA wrote. Pollák has proposed the police to prepare video recordings.

Kaliňák and Gašpar will try to elaborate guidelines for preparing recordings from such police actions with the minister saying that “we have to do it in a way that a third of the police are not used for shooting [the videos]”.

Janez Lenarčič, director of the OSCE’s Office for Democratic Institutions and Human Rights sent a letter to Slovak officials on July 2 asking “for information about measures the Interior Ministry passed with the aim of securing the independent, thorough and effective investigation of the police action”, the Interior Ministry’s Ivan Netík told Sme last month.