A LABOUR Ministry proposal to cut welfare benefits for those unwilling to work and parents unable to keep children from acting out in school has critics decrying the program as similar to forced labour. 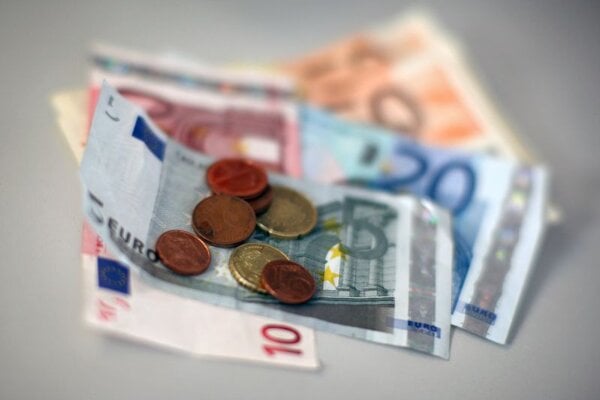 People refusing to work could lose some of their material-need welfare benefits. (Source: SME)
Font size:A-|A+0

A LABOUR Ministry proposal to cut welfare benefits for those unwilling to work and parents unable to keep children from acting out in school has critics decrying the program as similar to forced labour.

Changes come as part of so called Roma Reform proposed by Government Proxy for Roma Communities Peter Pollák. However, changes will affect all recipients of state welfare aid, Pollák told The Slovak Spectator. Union leaders, NGOs and opposition parties have all chimed in with some alleging the new legislation violates the constitution, and could even be discriminatory.

The basic material-need welfare benefit varies from €60.50 to €212.30 per month depending on number and age of household members. However, changes would see it decrease by €60.50 per month for every adult household member able to work who declines to participate in minor works or community service projects organised by the municipality or alternatively volunteers for at least 32 hours per month, according to draft of changes.

The ministry in its amendment to the Child Benefits Act also proposes to strip parents or caregivers of child benefits – currently €23.10 per month – in cases where they do not make sure the child attends school, which is compulsory for ten years usually from ages 6 to 16. Penalties could also apply when children significantly violate the school rules, the Sme daily reported.

The aim is to prevent abuse of the social benefits system, Michal Jurči, the Labour Ministry spokesman told The Slovak Spectator. Changes will not make current legislation stricter rather fairer, according to Pollák.

“It is fairer system which is known abroad and it is not unique,” said Pollák, himself a Roma. “I even think that this system will motivate people who do not behave responsibly to be more responsible, for example, towards their children.”

However, critics like Laco Oravec, the programme director of the Milan Šimečka Foundation (NMŠ), contend that the changes may violate the constitution and that the work requirement is similar to forced labour. Oravec told The Slovak Spectator that punishing parents for their children’s behaviour will probably not help to change those children and that it creates space for discrimination by teachers and school officials.

Officials from the Confederation of Trade Unions (KOZ) have welcomed government efforts to motivate state aid recipients to re-enter the workforce, but remains critical that benefit levels have remained the same since 2008 and failed to keep pace with inflation, Martina Nemethová, the KOZ spokeswoman told The Slovak Spectator.

“The KOZ does not consider sparing money at the expense of the poorest and most vulnerable groups of people as acceptable,” Nemethová added.

Advocates of the changes contend that it will motivate welfare recipients to seek work rather than stay satisfied with state payouts, Jurči said. Punishments will only apply to cases where people refuse to take action.

For his part, Pollák adamantly refutes comparing the work requirement to forced labour.

“There is a great tension in the country since a huge part of the majority population thinks that, for instance, Roma receive social benefits for free,” Pollák said. “I am convinced that current tension would decrease thanks to this measure.”

The draft changes say that people who are not offered spots on municipal work projects or people who participated on activation works do not have an obligation to work to receive welfare benefits.

NMŠ officials consider this provision discriminatory as not everyone will have to work for benefits since there are not enough jobs. The proposal will also create a situation where some people will have the opportunity to get activation job together with activation benefit which is €63.07 in addition to their material-need welfare benefit. Others will not have the same chance, NMŠ officials argue. Oravec suggested including a guaranteed right to activation work in the new law.

Pollák counters that the new law seeks to leave local works projects and the hiring of welfare recipients to work on their projects to municipalities.

“Of course, this is the first step, we will push municipalities [to create such conditions] so every person in material need will work,” Pollák said.

The proposal to strip child welfare benefits from parents or caregivers to children who violate school rules have made headlines since the beginning of July when new legislation drafts were published. Oravec claimed the wording of the new legislation allows schools to punish parents for any kind of misbehaviour, Sme reported.

Schools create their own school rules following the edict on elementary school of Education Ministry. The edict describes the appropriate behaviour of students and sanctions for rules breaking which have usually character of letter of admonition. If school repeatedly impose any of those sanctions the parent should lose the contributions for three months, according to child benefits law revision.

Some elementary schools forbid students to have coloured hair, wear make-up or to kiss their classmates therefore even this could be a reason for parents losing child benefits after the law becomes effective, Sme reported.

“School rules vary from school to school and their legal binding is different from laws or edicts; the assessment of rule breaking is much more arbitrary,” Oravec said. “There is a huge space for bullying or discrimination” of some students.

Jurči argues that the school sanction can only be imposed after consultation at pedagogues’ council, arguing it will not be an individual subjective decision. Nevertheless, the ministry slightly changed the wording of revision to be more exact after interdepartmental review, Sme reported on July 31.

“We implement penalties for serious rules violations, but school itself will have to assess the severity,” Pollák said, adding that he plans to force schools to exactly specify what children have to do to be penalised.

Oravec points to the material need welfare benefit as a guarantee of a minimal living-standard, while sanctioning people to bring them under that threshold goes against the whole principle of welfare.

“It is something like declaration of war on poor people; if you do not behave as we want then we will bully you and I consider it as dangerous for society,” he said.

Meanwhile, Pollák contends that failure to take responsibility must come with consequences.

“In the same way as a person decides to buy bread or alcohol, he or she decides to commit a delinquent act; nobody forced them to do that,” Pollák said.