AS SLOVAKIA’S state budget suffers from a growing deficit, one area Prime Minister Robert Fico’s government is trying to patch up is tax collection, including cracking down on those avoiding paying the value-added tax (VAT). The latest tactic is a receipt lottery, meant to encourage shoppers to ask for receipts which would then be eligible to be put in a drawing for cash prizes. 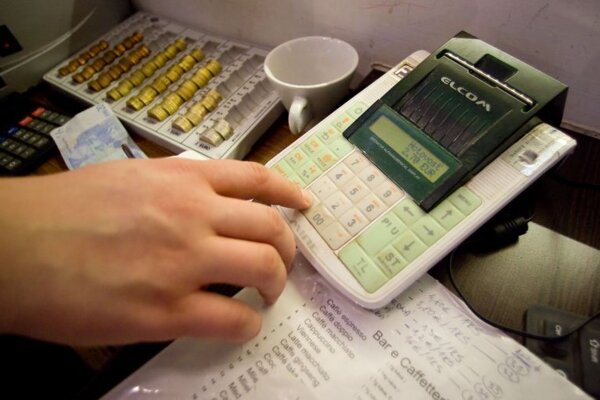 AS SLOVAKIA’S state budget suffers from a growing deficit, one area Prime Minister Robert Fico’s government is trying to patch up is tax collection, including cracking down on those avoiding paying the value-added tax (VAT). The latest tactic is a receipt lottery, meant to encourage shoppers to ask for receipts which would then be eligible to be put in a drawing for cash prizes.

People often avoid paying VAT, for example, when paying for service from a tradesman, paying instead cash and receiving a slight discount with the income going untaxed. Other merchants issue improper receipts, and while the shopper pays the VAT within their bill, the tax goes to the merchant’s pocket rather than the state coffers. Experts also connect this phenomenon with high unemployment rates and black market work.

“We want to motivate people to actively ask for bills as well as take bills from cash registers during their shopping,” Radko Kuruc, spokesperson of the Finance Ministry told the public broadcaster STV.

Under the proposal, each sales receipt issued after September 1 is eligible for winning thousands of euros. What he or she only needs is to take the bill from the merchant and enrol it via Tipos lottery company, the internet or a short message. Receipts are not automatically enrolled into the lottery. The lottery will take place under the auspices of Tipos. The first drawing will take place in mid September, and it will take place twice per month thereafter.

The aim is to encourage shoppers to ask for receipts, forcing more retailers to issue official receipts on every sale and thus pay more VAT. The state estimates that the VAT evasion via cash registers alone amounts to €150 million annually. In the past experts have estimated that Slovakia loses €1.2 billion all told via VAT evasion and fraud.

VAT in Slovakia is 20 percent, with an exception on some goods like medicines, on whose VAT is 10 percent. Experts estimate the effective VAT rate at about 11.5 percent, the Sme daily wrote.

According to Kuruc, the lottery does not mean any changes for merchants and businesspeople issuing bills. The Finance Ministry is currently completing preparations and will reveal all final details including exact sums to be won in drawings in mid-August.

Opinions whether the tactic will work differ. Peter Goliaš, an analyst with the INEKO economic think tank, told STV that in his opinion no miracles should be expected.

Vladimír Sirotka, the head of the Slovak Association of Small Businesses expects that the lottery would increase the pressure for issuing receipts in efforts to get more bills to be enrolled in the lottery. He, for example, expects that instead settling a bill for the whole table in a restaurant, as it is often a habit in Slovakia, each guest will ask for his or her own bill.

The opposition party Christian Democratic Movement (KDH) have warned that costs of the lottery might exceed its proceeds. Miloš Moravčík, the deputy chairman of KDH said in late May to the Pravda daily that the lottery would require new software, a website, text messages, IT support, payments to operators of places where people can enrol their bills for the lottery and more.

“These costs will be much higher than the wins for which people would compete and can be even higher than additional state revenues from the bills,” said Moravčík. “The first winners in the bill lottery will be neither people nor the state but chosen companies, which will carry it out.”

Other countries have tried similar schemes in the past. Georgia has cancelled the bill lottery seven months after its launch in early 2012 citing missing finances as well a sharp drop of receipt entries after the first phase of the project, the Sme daily wrote on May 22. Elsewhere in Malta and Taiwan, similar projects have had success.