IN EARLY August 1944, 2,897 Roma men, women and children were murdered in the gas chambers of the notorious Auschwitz II-Birkenau concentration camp. The victims of this tragic event are commemorated on Roma Holocaust Remembrance Day, which falls on August 2. It is believed that altogether 300,000 Roma died in Europe during the Second World War, the SITA newswire reported. 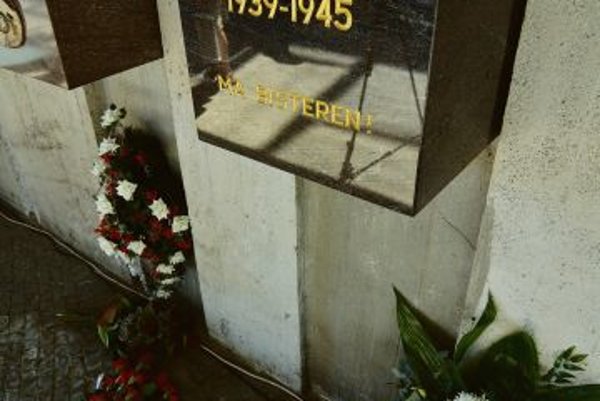 IN EARLY August 1944, 2,897 Roma men, women and children were murdered in the gas chambers of the notorious Auschwitz II-Birkenau concentration camp. The victims of this tragic event are commemorated on Roma Holocaust Remembrance Day, which falls on August 2. It is believed that altogether 300,000 Roma died in Europe during the Second World War, the SITA newswire reported.

To remember the victims of the Roma Holocaust, Slovakia organised several commemorative events that took place at various places on August 2.

The memory of the Roma Holocaust remains important today as Roma are still attacked and intimidated, said Government Proxy for Roma Communities Peter Pollák in his speech on the occasion of Roma Holocaust Remembrance Day. He said that this day is about remembering that “the human fear of difference, falling for the ideology of superiority, and targeted extrusion of people to the edge of society based only on their racial origin, leads to catastrophe”.

“If we are not careful, if we do not talk about the dark sides of our history, if we do not seek answers to questions of conscience, if we do not cultivate our humanity, it may quickly happen that human indolence, selfishness and indifference, grabbing the quick final solutions, will win again,” Pollák said.

Prime Minister Robert Fico laid wreaths with Pollák and several political and cultural representatives at the Roma Holocaust Victims Memorial in Dunajská Streda, Trnava Region, on August 2. The ceremonial event was organised by the Institute for Romological Research, Methodology and Practical Application, the TASR newswire wrote.

In his speech, Fico thanked poet, publicist and Roma activist Jozef Ravasz, whose proposal “served as a blueprint for the creation of the Roma Memorial in Dunajská Streda, made by the Roma artist blacksmiths, the Sarközy brothers”, as reported by TASR.

Ravasz, who leads the Institute for Romological Research, Methodology and Practical Application, said that the topic of the Roma Holocaust remained taboo in Slovakia and other countries for many years.

“It was distorted, with many facts about the extermination of this minority by Nazis and fascists during World War II being unknown, not only to the majority population but, unfortunately, also to many Roma,” Ravasz added, as quoted by TASR.

Another event was held in the Slovak National Uprising Museum in Banská Bystrica, organised by the museum and a civic association called In Minorita, in cooperation with the Ethnology Institute of the Slovak Academy of Sciencies (SAV), TASR reported.

The event was part of a larger project entitled ‘Ma bisteren!’ (‘Don’t forget!’ in Roma language), which began in 2005 and is aimed at educating Roma and non-Roma about the atrocities committed against Roma communities during WWII, TASR reported.

The Interior Ministry and the Office of the Government Proxy for Roma Communities, under the auspices of President Ivan Gašparovič, also organised a concert called Poraimos - Roma Holocaust, featuring performances by famous Roma artists, TASR wrote.

Pollák wants a memorial in Bratislava

In addition to the official celebrations, a discussion was held in Bratislava between July 26 and August 3 at which young Roma from Slovakia, the Czech Republic and Hungary associated with the Terne Roma group discussed the Roma Holocaust in order to learn more about it, TASR reported.

There are also several other efforts aimed at reminding people of what happened during the Roma Holocaust.

The Nation’s Memory Institute (ÚPN) is currently preparing an audio-visual document in which it plans to describe the impact of racial hatred against Roma during the Second World War, and present it mainly to younger generations.

The document is to contain the testimonies of people who survived the Roma Holocaust, ÚPN head Ondrej Krajňák told SITA.

To commemorate the victims, Pollák also proposed building a memorial in Bratislava, and to support historical research of the Roma Holocaust, as the facts about persecution and deportations of Roma to Nazi concentration camps are “minimal and insufficient”, an official statement reads.

The cabinet proxy for the Roma community also thanked the families of Slovaks and other minorities who helped Roma during the Second World War, also through saying that they are working for them.

“These are the examples of courage which has its importance also today,” Pollák wrote in the
official statement, adding that to have courage when facing hatred and intolerance is difficult even today. “I pay tribute to the innocent victims of the Roma Holocaust and express hope that the barriers in us will cease to burden our relations, and we will live together, not next to each other.”