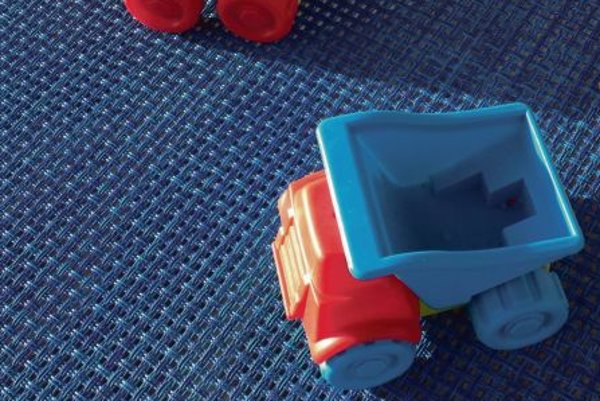 Some previous mishaps in the operation of the Centre for the International Legal Protection of Children and Youth (CIPC), operating under the Labour Ministry, which eventually led to changes in the leadership and the rules under which the centre operates, have drawn the public’s attention to the issue of intercountry adoptions. Slovakia is one of a few European countries that still act solely as countries of origin of children sent out for adoptions (as opposed to receiving countries), and foreigners continue to show interest in adopting Slovak children.

Slovakia topped the list of 22 of the EU countries that responded to a research project conducted by the University of Nottingham, which showed that Slovakia had the highest number of openly abandoned children, 4.9 per 1,000 births, followed by the Czech Republic (4.1), Latvia (3.9), and Poland (3.7), according to the 2012 research report, Child Abandonment and Its Prevention in Europe, as published on the Better Care Network website.

In 2010, there were 295 children (aged 0–3) relinquished for adoption via open abandonment.

Additionally, there were seven infants (aged 0–1) left in baby hatches and 198 children (aged 0–3) left at maternity units, i.e. secret abandonment, according to the report.

The statistics show that there were approximately 8,500 children living in foster families and some 4,000 children living in orphanages in 2011, according to the Návrat civic association, an NGO that promotes the idea that all abandoned children should be brought up in families rather than in institutional care.

Not all children living in orphanages or with foster families can be adopted, however. Most often, children who cannot be adopted are those that enter the system of institutional education at a higher age, due to various socio-economic problems of their biological family, according to Nadežda Lovecká from Návrat.

“These children have already created relations with their parents or other relatives, so it is unimaginable for their biological family to give their approval for adoption and thus cut all ties [between them and the child],” Lovecká told The Slovak Spectator, adding that only if the biological family does not show serious interest in the child in an orphanage for half a year, a motion is filed with the court to declare the child adoptable.

“That is the trouble that makes children get stranded in the system, grow up in it, and develop more and more deprivation symptoms,” Lovecká said, explaining that such children might be legally adoptable, but they are often practically unadoptable because there are no foster parents or adoptive parents who would dare take up the task of raising older children, or groups of siblings, who have experienced such trauma.

The Family Act from 2005 lists several requirements for a person to be able to become an adoptive parent in Slovakia: the person must have legal capacity for legal acts in full scope; possess personal prerequisites, particularly relating to health, personality and morals; be filed in the list of applicants for adoption; and the lifestyle of the person as well as their partner must guarantee that the adoption will be in the best interests of the child.

“Adoptions of children by lone persons are usual, although less frequent than those by couples,” Lovecká said.

Foreigners are able to adopt Slovak children as well, through the Institute of Intercountry Adoptions administered by the CIPC, but in some cases also within the national adoptions system, if the foreign national in question is a resident in Slovakia.

In Slovakia, the CIPC, which is headed by Andrea Císarová, who has been at the organisation’s helm since July 2012, is responsible for overseeing intercountry adoptions and for safeguarding the process so that it adheres to the rules outlined in The Hague Convention of 29 May 1993 on Protection of Children and Co-operation in Respect to Intercountry Adoption (The Convention).

As such, the CIPC is the only body to issue adoption permission, and it is also in charge of gathering, evaluating and controlling post-adoption reports.

The numbers of children adopted through intercountry adoptions, however, are not high. In 2012 the CIPC cooperated with central bodies of the following states of the Convention: Italy, Sweden, the Netherlands, Malta, Morocco and Andorra. However, in 2012, children were only adopted to Italy (5 children), Sweden (5) and the Netherlands (2), according to the CIPC 2012 annual report.

Last year, the CIPC documented 32 new foreign applicants requesting adoption of a child from Slovakia. On the other hand, 28 children were documented to be eligible for intercountry adoptions, according to the CIPC. Meanwhile, 10 children were deemed ineligible by the CIPC in the course of 2012 for various reasons, including serious health problems, initiated contact with siblings placed in Slovak orphanages, the child changing his or her mind over the adoption or an adoptive family having been found for the child in Slovakia.

Under the Convention, it must always be a priority for the child to remain with its biological family if possible. If not, an adoptive family is sought for the child in its country of origin, and intercountry adoption only comes into consideration as a last resort.

Thus, the children who are eventually made available for intercountry adoptions by the authorities are mostly Roma children (about 98 percent of them), and most of them are ill or disabled, according to the CIPC head Císarová.

Post-adoption reports as a protection?

After a child is adopted through the CIPC to another country, he or she still retains Slovak citizenship.

“We are asked whether they can cancel the child’s Slovak citizenship, but I say no, the child must decide for itself once it is an adult,” Císarová told The Slovak Spectator, adding that as Slovakia’s citizens, the children have a right to be protected by the state.

For adoptive families, the process is not over once the court rules they can adopt a child from Slovakia and they leave the country together as a family. In the bilateral contracts on intercountry adoptions the receiving party is bound to submit post-adoption reports until the child reaches the age of 18, Císarová said. The CIPC uses the reports to monitor the child’s wellbeing in his or her new family and country.