SLOVAKIA maintains a positive trade balance with the United Kingdom, and its exports to the UK have grown considerably over the last few years. The UK is Slovakia’s eighth biggest trade partner in terms of both exports and imports, and has shown increasing interest in cars manufactured in Slovakia. With regards to investments, British investors are searching for new clients in Slovakia. 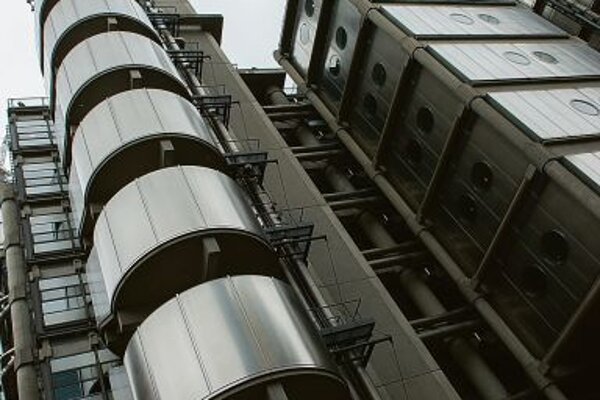 SLOVAKIA maintains a positive trade balance with the United Kingdom, and its exports to the UK have grown considerably over the last few years. The UK is Slovakia’s eighth biggest trade partner in terms of both exports and imports, and has shown increasing interest in cars manufactured in Slovakia. With regards to investments, British investors are searching for new clients in Slovakia.

“British investors continue to be interested in investing in central and eastern Europe,” Richard Dírer from the Slovak Investment and Trade Development Agency (SARIO), told The Slovak Spectator. “They examine new markets, especially when they look for new customers, and along with this they expand their production into these markets.”

To establish closer contacts with potential partners and with the plan to organise seminars about investment opportunities in Slovakia in the future, SARIO representatives travelled in June 2012 to London, Birmingham, Cardiff and Swansea. They also met with representatives of British investors in Slovakia and representatives of consultancy firms and other companies. Dírer added that SARIO focuses especially on luring investors from the automotive, electro-technical and ICT industries.

Dírer specified that when attracting new British investors, SARIO cooperates with the Slovak Embassy in London, the Slovak honorary consulate in Wales and consultancy and real estate companies in Great Britain. Long-term cooperation has contributed to a number of successful investment projects. Since 2002, when SARIO was launched, it has participated in 17 successful projects whose aggregate investments exceeded €66 million, and which created over 815 jobs. These investments went especially into manufacturing of products from rubber and plastics and manufacturing of metal products.

Based on data of the Dun & Brandstreet database, there are 502 companies in Slovakia whose mother company is from Great Britain. These include Tesco Stores Slovakia, which is also one of Slovakia’s biggest employers, Health Spa Piešťany and the security provider G4S Secure Solutions, to name a few.

Recently, Slovakia lost to Great Britain when competing for a new automotive investment. The German carmaker Volkswagen announced on July 23 that it will produce the new luxury Bentley EXF9 SUV – informally branded as the ‘Falcon’ – in the British town of Crewe, the Sme daily reported.

Nevertheless, cars remain for the UK a popular import from Slovakia, and demand among British consumers, especially for small cars, boosted exports of cars produced in Slovakia during the first half of 2013 by 10 percent, Martin Hlaváčik from the Bilateral Trade Cooperation Department at the Slovak Economy Ministry told The Slovak Spectator.

Motor vehicles and machinery dominate Slovakia’s exports to Great Britain, accounting for 74.7 percent in 2012. Industrial products followed at 9.8 percent, according to the ministry. Imports of machinery and motor vehicles grew by 24 percent over 2012, amounting to €1.85 billion.

In 2012 turnover of Slovak-British trade amounted to €3.156 billion, which ranked it eighth with Slovakia’s foreign trade. The trade balance was positive for Slovakia, at €1.8 billion. According to Hlaváčik, Slovakia has maintained this positive trade balance with the UK since 2004, and Slovakia’s exports grew significantly until 2008.

British exports to Slovakia have been significantly lower, ranging from €666 million in 2011 to €971 million in 2009 annually.