IT WAS 250 years ago this June that a major earthquake hit the southern-Slovak town of Komárno, claiming dozens of lives. The disaster struck the town on the morning of June 28, 1763. 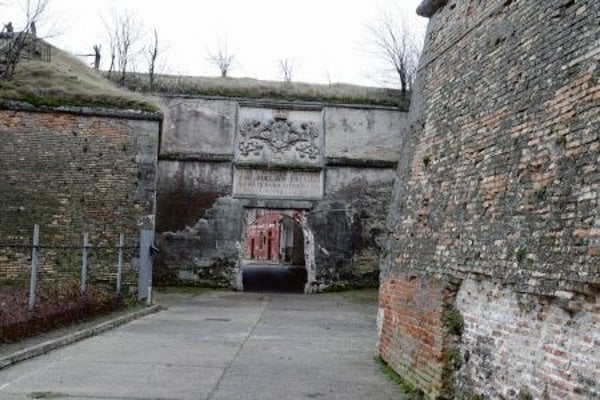 IT WAS 250 years ago this June that a major earthquake hit the southern-Slovak town of Komárno, claiming dozens of lives. The disaster struck the town on the morning of June 28, 1763.

The earthquake occurred during a period of political stability in the region, thus allowing for numerous primary sources documenting the earthquake’s impact, and even an oil painting depicting the destruction in Komárno has been preserved. A total of seven churches and 279 houses were destroyed in the earthquake, killing 83 people and injuring 102. Many more buildings were damaged, and big cracks appeared in the ground.

The pride of Komárno, its Old Fortress, dating back to the period of the Ottoman invasions in the 16th century, and which was part of the town’s extensive fortification system, suffered extensive damage (worsened by a later earthquake in 1783), which would prove too expensive to repair. Soldiers stationed there were redeployed elsewhere, the land was transferred to the town and the buildings were sold in an auction.

The territory impacted by the earthquake in 1763 was bigger than today’s Slovakia; it damaged buildings in Budapest and was felt as far as Belgrade (Serbia), Timisoara (Romania) and Leipzig (Germany). Earthquakes in the area continued to be felt into the 20th century. For example, the earthquake in 1783 damaged 780 houses in Komárno, and a serious earthquake was also recorded on January 9, 1906 in Dobrá Voda, near the town of Trnava. There were no fatalities in the latter, as the region is sparsely populated, the TASR newswire wrote.

Seismic activity in Slovakia is ascribed to ongoing tectonic movement. Thanks to the documentation of historical seismic activity based on historical sources, we know about a devastating earthquake in central Slovakia in 1443, which registered more than eight out of 12 on the European Macro-seismic Scale (EMS).

Modern seismology in Slovakia dates back to 1902, when a seismic measuring station was established in Hurbanovo, not far from Komárno.