THE GOVERNMENT looks set to fulfil one of the promises included in its programme statement, as its members agreed on changes that would see election law unified across the country and set campaign spending limits on August 14. 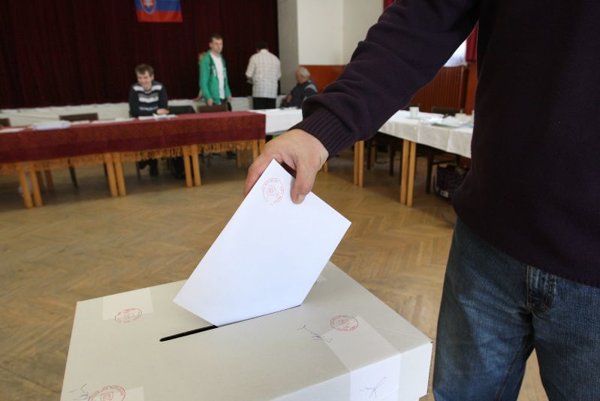 THE GOVERNMENT looks set to fulfil one of the promises included in its programme statement, as its members agreed on changes that would see election law unified across the country and set campaign spending limits on August 14.

The Interior Ministry, which authored the changes, proposes the unification of the rules for six types of elections that currently take place in Slovakia in order to simplify the rules and save money in organising public voting. Other proposed changes include financial limits for election campaigns, a 48-hour campaigning moratorium before voting opens and a ban on publishing opinion polls 21 days before the elections. All changes come with new fines for violating the rules.

If parliament passes the laws, they may go into effect as early as next year, and thus affect the spring 2014 presidential election.

Interior Minister Robert Kaliňák says that the new changes will make the elections more transparent, simpler and cheaper, as reported by the Sme daily.

Yet, the opposition and representatives from municipalities do not agree with some of the proposed measures, saying that the ministry has not accepted fundamental comments to the legislation received during the interdepartmental discussions. Though the authors accepted 413 of 645 comments sent by the state institutions, municipalities and the public, they were rather of a technical character, Sme wrote.

“The main legislative process and main changes will come during the parliamentary discussion,” Kaliňák said, as quoted by SITA.

The rules for elections unified

The new election law, which changes the organisation of some elections, proposes among other things that Slovak citizens can participate in referendums via post, and that votes be marked by circles rather than crosses, the TASR newswire reported.

It unifies the rules for all types of elections in Slovakia, with the aim of helping to cut election costs by, for example, introducing electronic communication between the Central Election Committee and sub-committees and by limiting the number of district election committee members to eight, according to TASR.

There is no such limit in place at the moment, with individual members paid for taking part in committees. In 2012, for example, there were 69,283 district election committee members, noted the ministry. If the eight-member limit had been imposed then, the number would have dropped by 21,635, with the state saving €865,400, TASR wrote.

Other changes include fines that district authorities will be empowered to impose on voters. People who disrupt order at polling stations as well as those who fail to discard unused ballot papers into the designated boxes will be fined €33.

Moreover, voters during European Parliament elections who apply to be registered on voter lists in both Slovakia and another EU state will be fined €100. The same fine will apply to voters who include false information in their statutory declarations, TASR reported.

The proposal to cap campaign spending is based on some of the commitments that all the current parliamentary parties made prior to the 2012 general elections in the wake of problematic party financing evidenced in the so-called Gorilla file. Under the new rules, political parties and movements can spend no more than €3 million on campaigning for general elections, while presidential candidates are limited to €500,000 for both rounds of the election. Financial limits are also proposed for regional and municipal elections, SITA reported.

The fines for spending more than the limit are €100,000 for parties and €30,000 for presidential candidates.

Changes would also bar parties from campaigning at times other than those specified by the law and introduce a moratorium on campaigning beginning 48 hours before each election. Moratoria are currently mandatory only for certain types of elections, as reported by TASR.

The ministry also proposed that political parties and movements have a special account for financing their campaigns, one for each campaign, in order to increase the transparency of the financing, Sme reported on July 17. The account balance and list of transactions should be accessible to the public.

The authority responsible for controlling the financing of the election campaign will be the Finance Ministry and the district offices, SITA wrote.

The changes to the election campaigns will also affect the law on political parties and movements, specifically the measures affecting the receiving of gifts. Every party will be allowed to receive a gift only through a financial transaction, and will have to establish a database containing the names of donors and the amount of the gift, which will be published on their websites, according to SITA.

Opposition politicians disagree with the changes passed by the government, especially with the date when it comes into force and the ban on negative campaigns. If these measures go through parliament, it would be an unprecedented interference into a fundamental human right, said MP for the Slovak Democratic and Christian Union (SDKÚ) Miroslav Beblavý, as reported by the Pravda daily.

He also criticised the fact that most opposition deputies did not send any comments to the proposed changes, Sme wrote.

Opposition MP Daniel Lipšic said he disagrees with the financial limits for election campaigns. Though the ministry proposes the concept of transparent accounts, the new rules will not prevent the problem of illicit money that does not appear on the official accounts, he said, as reported by SITA. Moreover, there should be a functioning judiciary that will fight against illicit money in the politics, he said.

Lipšic and his New Majority – Agreement movement also criticised the lower number of members in the district election committees, as reported by SITA.

The fact that the laws do not deal with the systematic changes was criticised by the Association of Towns and Villages of Slovakia (ZMOS).

“It is a pity that there was no more time for discussion over such law,” said Belá Štefan Bieľak, the mayor of Spišská, as quoted by Sme, adding that he had expected “identification of the main problems and looking for their solutions”. According to Bieľak, the proposed changes fail to contend with the electoral system’s biggest shortcomings.