Report: Klausová to be Czech ambassador in Bratislava

LÍVIA Klausová, the Slovak-born first lady of the Czech Republic between 2003 and 2013, will be the new Czech ambassador to Slovakia, the Czech daily Lidové Noviny reported on August 13. 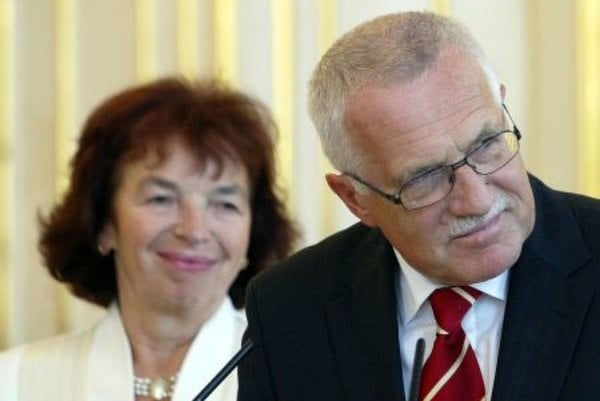 LÍVIA Klausová, the Slovak-born first lady of the Czech Republic between 2003 and 2013, will be the new Czech ambassador to Slovakia, the Czech daily Lidové Noviny reported on August 13.

The appointment has long been rumoured and Lidové Noviny referred to several anonymous sources from the Czech government affirming the move.

“I cannot deny it,” an unspecified Czech minister told the daily.

However, Foreign Minister Miroslav Lajčák has not confirmed Klausová’s appointment, saying he does not want to speculate about it, the SITA newswire reported on August 15.

If it turns out to be true Klausová will be very well-received, Slovak Prime Minister Robert Fico said, as Mladá Fronta DNES, another Czech daily, reported in late April.

“People would see [Klausová’s appointment] as an expression of [Czech] esteem towards the Slovak Republic,” Fico told to Mladá Fronta DNES. “For sure, [Klausová] would be seen in this way even by the Slovak diplomatic mission operating in Slovakia.”

The Czech government reportedly decided on Klausová’s appointment on July 31 and since then she has waited for Czech President Miloš Zeman to sign off, along with her security clearance and official agreement from the Slovak Republic, according to Lidové Noviny. She is already preparing for her position, according to the Czech media reports.

“If you want [me] to reveal something, I am reading European Union directives and I am reading books and [gathering] information about my birth country – Slovakia,” Klausová said on July 15, as quoted by iDNES, the online version of Mladá Fronta DNES.

Lívia Klausová was born in 1943 in Bratislava and two years later her parents moved to Prague. When she was 15 her father, a lawyer, died and the family struggled financially. She married Václav Klaus in 1968 and later gave birth to two boys, Václav and Jan.

Klausová studied at the University of Economics in Prague. She worked at the Czechoslovak Academy of Sciences beginning in 1967. Later, she became the executive secretary of the Czech Economic Society, a non-governmental association, and occupied this post from 1994 to 2000. Klausová has been also a member of