Cash machine skimming on the rise

SKIMMING, the method of stealing someone’s personal data and money by installing special devices on cash machines, is becoming an increasingly popular scam in Slovakia. Police have discovered around 40 cash machines that have been tampered with so far this year, while in all of 2012 they found only 35, according to the Hospodárske Noviny economic weekly. 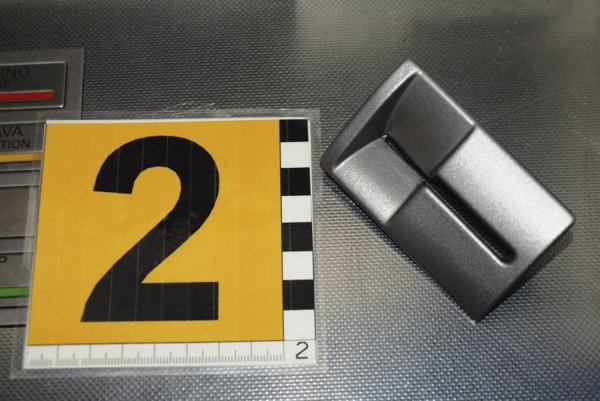 Some skimming devices are so subtle that users are unlikely to notice it. (Source: TASR)
Font size:A-|A+0

SKIMMING, the method of stealing someone’s personal data and money by installing special devices on cash machines, is becoming an increasingly popular scam in Slovakia. Police have discovered around 40 cash machines that have been tampered with so far this year, while in all of 2012 they found only 35, according to the Hospodárske Noviny economic weekly.

Scammers attach fake card readers or pinhole cameras to cash machines, and once the data is captured, they duplicate the ATM card and use it to withdraw funds. The alterations thieves make to cash machines when tampering with them can be so subtle that users are unlikely to notice it.

The increase in cash machine skimming is related to an unusually high amount of fraud that occurred in January and February, Marcel Laznia, an analyst at the Slovak Banking Association (SBA), told The Slovak Spectator. He explained that such criminals usually operate in international groups that migrate from country to country.

“One of the explanations [for the rise in cash machine skimming in Slovakia] is that those groups changed their orientation towards another type of cash machine, or another [geographical] area,” Laznia said.

The police usually classify such cases as the unauthorised creation and use of a payment device, electronic money or credit card, with 1,537 such cases reported in 2012 and 650 cases in the first six months of 2013, police spokesperson Michal Slivka told The Slovak Spectator. Since the process of the fraud is complicated, it is difficult to specify how many suspects engaging in this crime have already been detained by the police, he said.

Banks have complex approaches to protecting their cash machines, some of which involve sophisticated solutions that cannot be seen by an ordinary user, OTP Bank spokesperson Martin Šabo told The Slovak Spectator, without specifying any further. Similarly, ČSOB bank does not provide any detailed information about how they protect their cash machines, Zuzana Eliášová, a ČSOB spokesperson, told The Slovak Spectator.

“Criminals’ efforts to attack cash machines or credit cards contribute to the rushed development and modernisation of technologies ensuring the security of transactions made at those machines,” Šabo said.

VÚB bank installed anti-skimming protection on all of its cash machines and checks these machines regularly, especially in countries where there is a higher risk of criminals stealing users’ data. Sometimes cash machine users find skimming devices that were installed in a hurry and became partially disconnected, Alena Walterová, a VÚB spokesperson, told The Slovak Spectator.

Since gangs which skim cash machines move around from country to country, it is hard to catch them unless they are caught in the act, Laznia said.

Despite the growing problem of well-concealed skimming devices, many people cannot tell if a cash machine has been tampered with, as they do not know exactly how a cash machine is supposed to look, according to Slivka, who also provided some tips on how to protect personal data when withdrawing cash.

“It is necessary to enter a PIN in such way that no one can see [the user’s] fingers. The [PIN] tapping should be covered by an open hand,” Slivka said. “We [the police] recommend [that cash machine users] observe the surrounding environment to check whether there are suspicious people around or devices installed on the cash machine.”

People should check to see if the cash machine has a fake keyboard, a small hidden camera, a skimming device installed in the card reader, a fake cash dispenser door and so on, according to Slivka. Even an entire surface cover with a skimming device can be attached to a cash machine, Slivka told to Hospodárske noviny.

Since skimming devices can be difficult to notice, OTP recommends that people not engage in other, distracting activities while withdrawing cash, like making phone calls, Šabo said. Bank clients should also use the type of cash machine that they are most familiar with so that they notice anomalies more easily, he said.

“In practice it is hard for clients to get acquainted [with cash machines], since banks operate cash machines from three producers in around 15 variations,” Šabo said, adding that “it makes knowledge of the technical or design parameters of cash machines significantly more complicated”.

Since most skimming devices are poorly installed, Walterová recommends that clients gently pull or shake any suspicious looking components on cash machines.

In addition to skimming, Slovak banks have also noticed cases of so called “cash trapping”, in which someone attaches a small piece of metal to the cash dispenser to prevent it from releasing the money. After the user leaves the cash machine, the thief removes the metal and retrieves the money, Walterová said.