SLOVAKIA launched its electronic highway toll collection system for vehicles over 3.5 tons at the beginning of 2010, and now the state is proposing to extend the network of tolled roads. 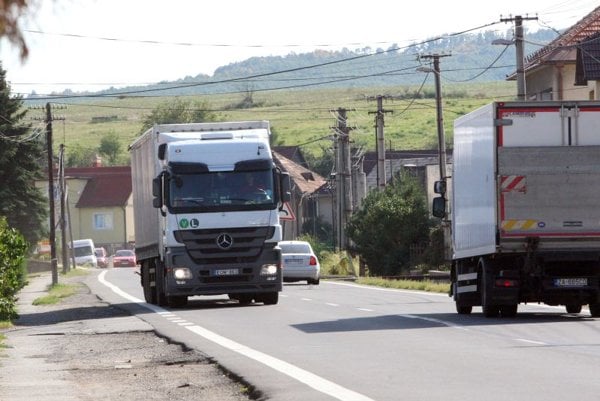 SLOVAKIA launched its electronic highway toll collection system for vehicles over 3.5 tons at the beginning of 2010, and now the state is proposing to extend the network of tolled roads.

Truckers and road cargo transport companies are in agreement about paying tolls on new roads and on roads used by trucks to bypass tolled roads, but they disagree on the creation of new toll roads to combat heavier traffic. They also require a greater disparity in the amount of the tolls to reflect the age, condition and environmental impact of the vehicles. The state plans to extend the network by the beginning of 2014. For the time being, the Transport Ministry is discussing the proposals with truckers’ organisations, road cargo transport companies and other relevant parties.

The changes will be introduced within a new law on collection of tolls on selected sections of roads.

“In general, we can say that the change in the toll rates should reflect the principle the user and the polluter pay,” Martin Kóňa, the spokesperson of the Transport Ministry, told SITA.

The NDS wants to toll these roads to discourage truckers from bypassing tolled roads and to reduce traffic. It argues that heavy transport on these roads causes damage to the houses that line them.

Truckers and road cargo transport companies are open to discussing the tolling of roads used by truckers to bypass tolled roads, but oppose extending the network of tolled roads only because of heavy traffic.

The Žilina-based Transport Research Institute (VÚD) agrees on some tolls

“When it [the extension] prevents avoiding of the toll, it is all right,” Juraj Čermák from the VÚD told the Sme daily, adding that when the goal is only to get additional funds for state coffers, then it is not acceptable.

Truckers and road cargo transport companies argue than in some cases new tolls would mean for them even a bypass of up to 100 kilometres (i.e. when using toll-free roads).

They also call for a bigger difference between the fees collected for new, more fuel efficient trucks and for older vehicles, which would mean drivers of newer trucks would pay less, arguing that in other European countries, like Germany, Austria and the Czech Republic, the differences are much bigger than in Slovakia.

“The difference in rates in these countries is even around 70 percent, while in Slovakia it is 2-4 percent,” Pavol Reich, the secretary general of the Association of Road Transport Operators of the Slovak Republic (ČESMAD), told SITA. “We insist that the submitted rates are somewhere at this difference.”

Currently trucks and vehicles above 3.5 tons pay tolls on 2,033 kilometres of the country’s roads. Of these, 393 km are highways, 226 km are dual carriageways and 1,414 km are first-class category roads. Roads in towns and cities and their vicinities are exempt from tolls. Rates range from €0.020 per kilometre to €0.209 per kilometre, depending on the weight of the vehicle, its emissions category and other factors.

The changes under discussion also include imposing tolls on roads in towns and villages, which will mean tolls on an additional 600 kilometres, according to TV Markíza, the private broadcaster.

There is also a plan to implement tolls on some second and third-category roads. Truckers are not opposed to this, but require as compensation the cancellation or reduction of the motor vehicles tax.

The ministry is also proposing to raise fines for violations of the electronic highway toll collection system.

During the first half of 2013, collected tolls amounted to €76.3 million, of which foreign operators paid 44 percent.