Paštéka’s Aspect of Bravery reflected in exhibition and book

THE NEDBALKA private gallery claims to focus on modern Slovak art, and its exhibition over two floors of the work of a single artist, Milan Paštéka, offers ample proof of this. 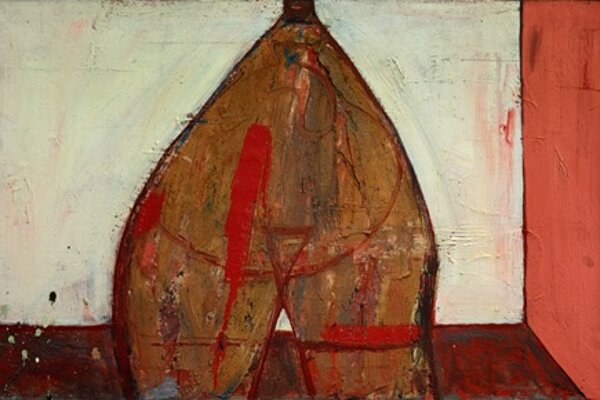 THE NEDBALKA private gallery claims to focus on modern Slovak art, and its exhibition over two floors of the work of a single artist, Milan Paštéka, offers ample proof of this.

“Milan Paštéka is a legend of Slovak modern painting,” the curator of the exhibition, Juraj Mojžiš, wrote in the accompanying catalogue. “And his legend has encompassed all the good and the bad things brought about by the destiny.”

Both the exhibition and the book are called Aspect of Bravery, after his famous statement in 1969 when he said that the one thing among the constantly changing opinions and stances that remains constant for him is the “aspect of bravery”.

Paštéka, born in 1931, co-founded the artistic Group of Mikuláš Galanda (1957), and after their debut exhibition in the Cyprián Majerník Gallery was banned in 1959, he had his first solo presentation in the Bratislava City Gallery in 1965. Later, he participated in exhibiting Czechoslovak – and later Slovak – art in many cities and countries worldwide. He died in a car accident in 1998, the TASR newswire wrote.

The exhibition of this artist, who greatly influenced local art, is presented in reverse chronological order. The ground floor of the gallery presents his later, more abstract work, like the Spiral of Sand, the Message X, the Record and the Black Bird, while on the first floor earlier figurative paintings are presented, many of which are rather big, like Passers-by or Figures. Most of the work on display comes from the 1980s and 1990s. However, the book, also written and prepared by Mojžiš, offers a wider selection, starting with Paštéka’s paintings from 1950s.

The exhibition can be viewed in the Nedbalka Gallery on Nedbalova Street 17, Tuesday through Sunday between 13:00 and 19:00, until September 9. Admission is €3. More detailed information can be found at www.nedbalka.sk.

“He was very sensitive, and that is why his paintings attract spectators,” Mojžiš told the Sme daily. “Anyone who comes to them can surely find a way to [like] them – but on the other hand, the more you know about them, the bigger pleasure you can draw from them. And this is something not that common,” Mojžiš said at the opening of the exhibition, which was also the launch of the eponymous catalogue, which presents a number of Paštéka’s paintings over 100 pages, with a summary in English.