THE MUSEUM of Prehistory in Bojnice is located in the Prior’s Cave, where Neanderthals were discovered to have lived about 70,000 years ago. 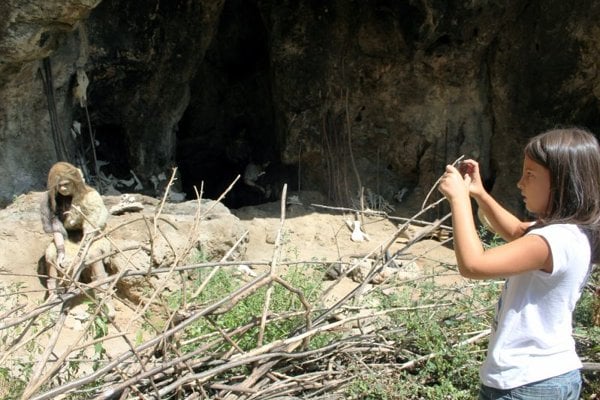 THE MUSEUM of Prehistory in Bojnice is located in the Prior’s Cave, where Neanderthals were discovered to have lived about 70,000 years ago.

“The evidence is offered by several thousand findings of bones of the hunted prehistoric animals, including mammoths, stone instruments, remains of fireplaces and various artefacts which prove that prehistoric people really lived here for a longer time in the Ice Age,” one of the founders and the manager of the museum, Emil Medera, explained for the TASR newswire.

Archaeologists consider the Prior’s Cave the richest finding from the Middle Palaeolithic period, not only in Slovakia, but in the whole of central Europe. It came into existence about 100,000 years ago, through the activity of thermal springs that gradually created the travertine hill on which Bojnice Castle also stands. The Neanderthals probably settled there because of these hot springs. Research of the cave was first conducted in 1926 by Bojnice Prior Karol Anton Medvecký, after whom the cave was named, according to Meder.

Eight years ago, a group of enthusiasts decided to build a museum on this spot to show prehistory in Slovakia. Life-size Neanderthal figures stand beneath a rock overhang near the cave’s entrance, including mammoth hunters, a female, and a child playing with animal skeletons. There is also a fireplace, a mammoth’s head and also replications of tools that were used by Neanderthals. A path that leads to the cave contains educational boards depicting the development of humans, as well as illustrations and photos demonstrating how Neanderthals lived, how they ignited fire and how they made simple tools.

A new addition to the museum this year is the cave of a shaman, who is believed to have been part of the group that lived there, and a playground where children pretend to hunt mammoths and other animals.

“The museum is open from spring until autumn,” Meder said. “But most of the visitors come during summer holidays: most often parents or grandparents with their children, but also groups from summer camps. Night tours with torches are popular, too. And during the school year, teachers can make history lessons more interesting,” Meder concluded.