Renowned Slovak theatre director Jozef Bednárik, who specialised in musicals, opera and dance productions, has died at the age of 65 in Bratislava. Bednárik passed away on the evening of August 22 of a serious metabolic and heart collapse, the TASR newswire reported. 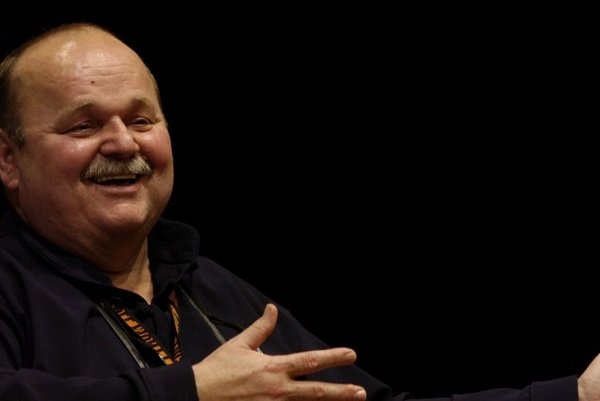 Renowned Slovak theatre director Jozef Bednárik, who specialised in musicals, opera and dance productions, has died at the age of 65 in Bratislava. Bednárik passed away on the evening of August 22 of a serious metabolic and heart collapse, the TASR newswire reported.

Bednárik was born on September 17, 1947 in Zeleneč, Trnava Region. He graduated from the Academy of Performing Arts in Bratislava (VŠMU) in dramatic arts in 1970, upon which he spent some 10 years working as an actor. Since the early 1980s, Bednárik had devoted his professional career solely to directing theatrical performances, first in his hometown of Zeleneč and later in the Nitra-based Andrej Bagar Theatre (DAB), Bratislava’s Nová Scéna theatre and the Slovak National Theatre (SND), TASR reported.

Bednárik also staged his performances at a number of renowned theatre festivals in Austria, Bulgaria, Germany, Israel, Japan, Monaco and the UK. Bednárik is considered to be a pioneer in promoting musicals in Slovakia and the Czech Republic and enjoyed great success with pieces such as Zorba the Greek, Oliver!, Rocky Horror Show and the first Slovak musical entitled Adam Šangala, according to TASR.

“I could make a direct comparison when I saw Andrew Lloyd Webber’s Joseph and the Amazing Technicolour Dreamcoat in London and then later in Bratislava,” John Willett, a microphone specialist and a professional sound recordist, who met Bednárik through his Slovak wife and their friends from the Zeleneč’s theatre, told The Slovak Spectator. “The Bratislava one, with Jozef Bednárik as director, was much better than the London version.”

According to Willett, despite the lower budget and having to cope with sharing the same theatre with a different production, alternating every few days, the visualisation of Bednárik’s version was much better than the London one.

“He brought so much to every theatre production he directed, it was always something special,” said Willett, adding that “being the great theatre director that he was, he had a great visualisation of production, but remained in the background and really brought out the very best in all the actors that were performing”.

The Slovak Spectator cannot vouch for the accuracy of the information presented in its Flash News postings.