Helping children from far away

WHILE A Vietnamese child walking hand in hand with her European parents is a common sight in western-European cities, in Slovakia one is unlikely to encounter a foreigner outside of the biggest towns, let alone a mixed-race family. Although there is interest among Slovaks in adopting children from developing countries, Slovak legislation does not yet allow it. 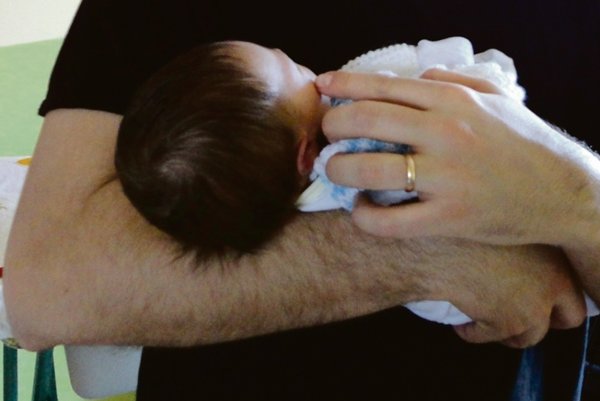 WHILE A Vietnamese child walking hand in hand with her European parents is a common sight in western-European cities, in Slovakia one is unlikely to encounter a foreigner outside of the biggest towns, let alone a mixed-race family. Although there is interest among Slovaks in adopting children from developing countries, Slovak legislation does not yet allow it.

Intercountry adoptions currently only work in one direction in Slovakia: Slovak children, the vast majority of them Roma and some of them disabled, are adopted by parents in other European countries, mainly Italy, Sweden and the Netherlands. Slovakia is one of the few European countries that acts only as a country of origin for children adopted abroad, according to the head of the Centre for the International Legal Protection of Children and Youth (CIPC), Andrea Císarová.

“But Europe is starting to feel a lack of children, not because there are fewer abandoned children, but because there are more couples interested in adopting children,” Císarová told The Slovak Spectator, adding that this is mainly due to a growing number of couples with fertility issues.

Slovakia is no exception, and pregnancy and fertility are no longer taken for granted among its inhabitants. The rate of couples who have problems conceiving a child is increasing, with nearly every sixth couple having such difficulties, as shown by the statistics of the Bocian (Stork) civic association, which helps people with fertility problems.

With a growing number of Slovaks interested in adopting a child from developing countries, the CIPC, a governmental agency that oversees and facilitates intercountry adoptions in Slovakia, is preparing legal changes and is looking to create partnerships with countries that could possibly send their children for adoption to Slovakia.

There is a big demand for children from developing countries among Slovaks, according to Císarová, with the CIPC receiving some five e-mails a week from people inquiring about the possibility to adopt children from such countries.

“It’s a form of philanthropy, but it is also a desire for the exotic,” Císarová said.
The potential parents are generally among the 35+ age group, financially stable and have university degrees.

“Simply, people who have no problems travelling to [the child’s home] country [are interested in] helping the child find a better home, just like many couples do in western Europe,” Císarová said. “It’s people with money who want to help the children and who don’t care about the child’s skin colour, and they would even accept it with some health issues, and they would be able to take care of it here. It’s people who really want to have a child, but not a child from here, which might be a Roma child, but they would prefer an ‘exotic’ child.”

Most children from developing countries adopted by western European families are from China, India, African countries and recently also Haiti. These countries could become potential partners for Slovakia in intercountry adoptions, too.

At the moment, however, Slovakia’s legislation does not allow adoption of children from abroad.
“We are set up for a system to send children out, and the CIPC is in charge of fulfilling all the related tasks, but there is no body or organisation that would be able to handle these things [from the other side],” Císarová explained.

The CIPC is currently working on amending the related laws in order to determine who could oversee such an organisation and what tasks it would have to fulfil.

“The CIPC should only be an umbrella organisation, negotiating with the state about bilateral contracts, and based on the fact that it is a state body it would secure the legality of the process,” Císarová said. The practical matters connected with intercountry adoptions should be dealt with by other agencies that would be licensed by the state.

The next step will be to prepare judges for handling situations connected with intercountry adoptions.

“For instance, you would have a child coming here from Africa with a court ruling from an African court,” Císarová said, explaining that there are questions over whether it would be recognised by Slovak judges.

Císarová estimates that it will take at least two years before Slovak couples will be able to start adopting children from abroad.

Despite the fact that Slovakia opened its borders to foreigners over 20 years ago, it largely remains an ethnically homogenous country, where one is unlikely to encounter foreigners of different ethnicities, especially outside Bratislava and other bigger towns. It is not uncommon for both foreigners and members of minority groups who were born in Slovakia – mainly Roma – to experience racism and xenophobia here.

“It is a sensitive question how the [adopted] child will be accepted in society,” Císarová noted. “It’s also about the maturity of the society. It’s different here [than in western Europe] and the parents need to realise that they are taking a risk that the children will be visibly different.”

For those not willing to take such risks, and who are perhaps more interested in helping children in need than adopting them, there are various organisations which offer the possibility to support children from developing countries from a distance.

Through the project, those interested in helping children are able to become “adoptive parents” of a specific child in one of the above mentioned countries, by sending money to the child for his or her education: a monthly fee of €15 for a child in India and €20 for a child in any of the other five countries. The organisation keeps 11 percent of the sum to run the project, and the rest goes to the “adoptive” child.

“The form of education always adjusts to the country in question and the possibilities and abilities of the children,” Peter Knapík and Mária Takáčová from Adopcia na diaľku® told The Slovak Spectator, explaining that the client can support the child not only in school, but also within various professional courses.

Each donor knows the child they support - every year they receive a photo of the child, the final report from school and a letter that the child personally writes to its donor, according to Knapík and Takáčová. At the moment Slovak donors are supporting 1,939 children through the project.

Children eligible to take part in this project must come from poor families (with a daily income of up to €2), and they must be enrolled in school during their participation in the project. The children are selected through the charity’s local partner organisations.

Since the launch of the project in 1995, over 5,700 donors have participated in the project.
Another project with a longer tradition, “Sponsor a Child in Cambodia” by the Magna Children at Risk, an NGO, also raises funds to help poor children abroad. The project helps children who have fallen victim to the HIV/AIDS epidemic in Cambodia that spread at the turn of the millennium, Barbara Langsfeldová from Magna told The Slovak Spectator.

“Many of these children were orphaned or lost one of their parents, while the non-functional health-care system in Cambodia and the extreme poverty of the families the children come from prevented them from taking care of [the children],” Langsfeldová said, adding that in 2002 Magna was one of the first organisations to start providing health care and general care to HIV/AIDS positive children.

Donors in Magna’s project can send regular monthly sums for the children involved in the programme. The minimum monthly sum is €20, and the donations are not addressed from a specific donor to a specific child, but are instead gathered together and used for the individual needs of each child in the project, according to Langsfeldová.

In the past five years the organisation registered 1,170 donors, most of whom continue to support the project over the long term.

“This way, donors can support the care of children with their monthly fees, change their fate and give them a hope for a better life directly in Cambodia,” Langsfeldová said.