Ministry is betting on VAT lottery

IN A MOVE that deploys social psychology as part of efforts to boost VAT revenues, the Finance Ministry is launching a new scheme to convert retail receipts into lottery tickets in the hope that it will encourage customers to actively request those receipts. 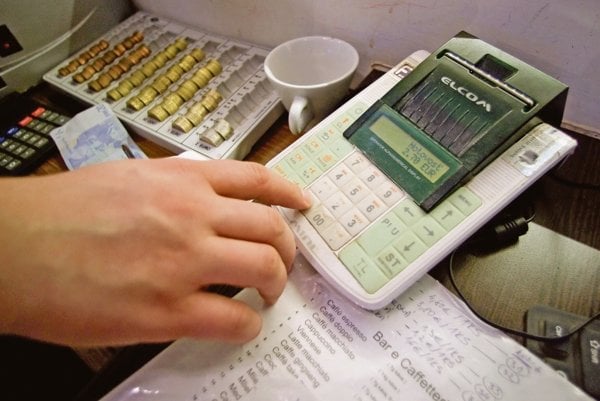 IN A MOVE that deploys social psychology as part of efforts to boost VAT revenues, the Finance Ministry is launching a new scheme to convert retail receipts into lottery tickets in the hope that it will encourage customers to actively request those receipts.

Under the plan, lottery drawings will take place every 14 days beginning September 30. Ten prizes will be awarded with each drawing, the highest at €10,000 and nine more descending in €1,000 increments. Winners are to be selected from a nationwide pool of entrants who have converted sales receipts into lottery tickets at no cost – either directly at shops selling lottery tickets, via the web or by mobile phone. But beyond specifics, the policy seeks to “drive human behaviour in the long term,” according to Marco Fabbri, an economist from the University of Bologna who studies such plans across the world.

“You change people’s preferences with the process,” he said. “The lottery is an initial incentive, but in the long run asking for a receipt becomes the norm.”

That norm is meant to make evading VAT payments more difficult and indeed, Finance Ministry officials admit they hope that the policy will be temporary. Optimally, customers incentivised by the prospect of a lottery ticket will increasingly request receipts from businesses. In doing so, it becomes more difficult for those businesses to dodge paying VAT, thus boosting state revenue. Should customers grow more accustomed to requesting receipts
as a matter of habit, the lottery policy can be scrapped, a ministry official said during a briefing on the new policy before it was officially launched on August 26.

“We want to motivate the general public to verify and ask for receipts for every transaction conducted,” Finance Minister Peter Kažimír said. “Asking for and receiving receipts from entrepreneurs should be regarded as a standard business practice.”

While Slovakia’s VAT lottery strategy is not completely unique, it is fairly unusual in Europe. Malta operates a comparable scheme, and something similar was tried before being abandoned in Georgia. Tax lottery policies are most common, however, in East Asia. Taiwan launched their equivalent of a VAT lottery in 1951. During its first year in operation, the Taiwanese government saw tax revenues jump 76 percent. The lottery policy remains in place today, although it differs in at least one major way from Slovakia’s plan as Taiwanese retailers all have electronic cash registers directly connected to the tax authorities.

Slovak officials opted not to make a direct connection with the tax office a requirement for retailers, citing the financial burden and complications it would place on businesses. The tax lottery policy has been in development for more than a year and will cost €180,000 to launch, Finance Ministry spokesperson Radko Kuruc said. The existing state-owned lottery company Tipos will oversee the drawings and award prize money.

Tax lotteries are most effective in countries where tax evasion is rampant and gambling is culturally ingrained, Fabbri said. In other words, where there is the greatest potential for collecting untapped tax revenue the risk is lowest, as even a small percentage increase in tax collection amounts to larger revenues. Slovakia certainly does have a VAT problem. The Finance Ministry estimates the annual so-called VAT gap, a number calculated by extrapolating from GDP stats, as €2 billion annually. In 2012, the country only collected €4.27 billion in VAT, meaning up to a third of total VAT could be going uncollected.

The vast majority of uncollected VAT is believed to come from fraud, largely committed in business to business transactions. The VAT lottery ploy does nothing to address much of this, but seeks to confront the €150 million in VAT believed to be skimmed each year by cash registers in retail shops, pubs and cafes.

In addition to aforementioned twice monthly nationwide drawings, once per month a separate drawing will take place in each of the country’s eight regions, Kuruc said. Receipts from the limited number of retailers that are directly connected to the tax office – mostly big multinational brands like Tesco or Ikea – are automatically entered into this drawing. To win, receipt holders merely check the number on their already existing receipt. They need not convert those receipts into lottery tickets to be eligible for the prize.

Studying the effectiveness of VAT lottery policies worldwide is difficult as any number of factors differ between countries. Fabbri, however, stumbled on a unique data set in doing a study of a VAT lottery implemented in a region of China. As the policy was unevenly implemented in different towns within a fairly small geographic area, cultural and other factors remained relatively the same, making it possible to scientifically isolate the effect of the tax lottery.

“They didn’t mean to create an experiment, but in the end they did,” Fabbri said. “The positive effect of the policy was clear.”

For Slovakia, the plan does have some risks. The biggest of these is a lack of clarity on how culturally engrained gambling is in the country. Lotteries have existed in China since 500 B.C., for example. As Fabbri notes, “you cannot just take one from one place and implement it somewhere else.” In cases where gambling culture is weak, initial interest in a tax lottery can peter out quickly and the policy is rendered ineffective. VAT collection does not rise significantly, while cash prizes from the lottery remain the same. Similar phenomena led to the cancellation of Georgia’s lottery program.

The state-owned lottery company Tipos saw €10 million in profits last year and is betting that VAT lottery entrants may also take part in other lottery games. While it is seemingly a benefit that the plan will not draw heavily on the general state budget, it seems possible that VAT lottery success may also breed new problems. Lottery games in general are considered a regressive tax in that they disproportionately draw revenues from lower income people. Should the VAT lottery serve as a gateway to increased participation in other lottery games, it would also disproportionately harm the poor.

Radovan Ďurana, an analyst with the free market oriented Institute of Economic and Social Studies in Bratislava, is also sceptical. He says the policy is unlikely to bring near term gains and that its goal to transform attitudes is “not that important” in the bigger picture of making tax policy more effective quickly.

“Changing attitudes is a 100-year development,” he said. “We cannot compare ourselves to Scandinavia, or somewhere. This will not have an effect in one or two years.”

An informal survey on Bratislava’s streets found that the VAT lottery plan will compel some to request receipts where they otherwise would not, but the plan also elicits a mix of reactions. While 80-year-old pensioner Anna Ležáková said she is “ready to register and take part,” Michael Rízik, 19, said he thinks the program will “help the government, but not the people.”

Still, even passing conversations allude to an existing culture where requesting receipts is viewed as unusual, seemingly an indication that the new policy has the right target in mind. “Finally, I won’t have any problem asking for bills in the future,” said Jana Karolová, a 25-year-old student.

In general most objections to the VAT lottery plan resemble Rízik’s general scepticism of government and corrupt public officials. For Fabbri, these are two separate issues.

“It is not one or the other, you can fight corruption and implement this policy at the same time,” he said.

Martina Raábová contributed to this report.