STUDENT exchanges through the EU-sponsored Erasmus programme are putting Slovakia on the map of young Portuguese, says Ana Maria Coelho Ribeiro da Silva, the head of the diplomatic mission of Portugal to Slovakia. Scores of young Portuguese professionals have moved to Slovakia since the beginning of the year and stronger business ties may aid in Europe’s economic recovery. Speaking in an interview with The Slovak Spectator, the Portuguese diplomat noted that, among other things, natives of her country have always sought to look for new horizons. 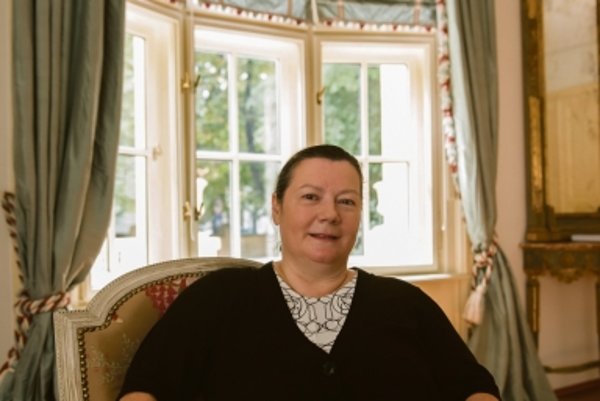 STUDENT exchanges through the EU-sponsored Erasmus programme are putting Slovakia on the map of young Portuguese, says Ana Maria Coelho Ribeiro da Silva, the head of the diplomatic mission of Portugal to Slovakia. Scores of young Portuguese professionals have moved to Slovakia since the beginning of the year and stronger business ties may aid in Europe’s economic recovery. Speaking in an interview with The Slovak Spectator, the Portuguese diplomat noted that, among other things, natives of her country have always sought to look for new horizons.

The Slovak Spectator (TSS): Portugal generated more than 70 percent of its electricity consumption in the first quarter of this year from renewable energy. How has your country achieved such a high share?
Ana Maria C. Ribeiro da Silva (AMRS): Portugal, which is highly dependent on imported oil and gas, has stepped up its efforts to develop renewable energy sources (RES). The renewable policy framework in Portugal constitutes a comprehensive policy mix, complete with a monitoring system. However, administrative barriers are hindering its further development, especially for hydropower and solar technologies. The Portuguese government promotes RES via guaranteed feed-in tariffs for
renewable electricity, direct subsidy payments and tax incentives.

The present Portuguese feed-in law also describes a procedure that aims at minimising local opposition to new wind projects. Under this procedure, municipalities in which a wind farm is located will automatically benefit from the remuneration the operator of the wind project receives. Altogether, the municipality receives a share of 2.5 percent of the monthly remuneration paid to the wind project operator.

Nevertheless, and according to recent data, Portugal added only, from January to April, 1.1 MW of solar PV in the first four months of 2013. We are still on track for EU renewables targets, but mainly thanks to wind and hydro. The record presence, at 70 percent, of renewable energies in Portugal’s energy mix was primarily due to good weather conditions in the first quarter of 2013. Hydroelectric generation between January and March increased 312 percent compared to last year, supplying 37 percent of consumption, while wind energy generation increased 60 percent in the same period and supplied 27 percent of consumption.

TSS: Portugal received a €78 billion bailout on the condition that it brings its deficit closer to the EU target of 3 percent of GDP through budget cuts. What is the current state of adopting these measures and how has society responded to them?
AMRS: Portugal continues to fully implement all the measures needed to redress its finances and improve its economy. The budget for 2014 is still one of austerity with all state institutions, the president and parliament included, forced to freeze 2.5 percent of their budget for a reserve fund. The implementation of the austerity plan, although very hard on Portuguese people, is showing results already. The Portuguese GDP grew 1.1 percent from April to June, and the Portuguese economy this quarter grew the fastest among EU members.

Although the implementation of the government plan, with all the measures imposed by Brussels and the IMF, has a very tough impact on the Portuguese people – with frozen or lower salaries, lower pensions, higher retirement age, more working hours, layoffs, higher taxes – the population understands these measures are needed. There was a natural fall in domestic consumption, with people buying almost nothing but essentials. Now we see, although yet modest, signs of recovery in employment. For the full recovery we still need to see a boost in internal demand, with investment from businesses and family consumption.

TSS: Many European countries struggle with high unemployment rates among young people. According to the Financial Times, an increasing number of young educated university graduates with language skills are leaving Portugal. What are Portugal’s options to address the lack of jobs for the young?
AMRS: Unemployment, especially amongst young people, is one of the biggest problems all governments face. Recent numbers from our statistical institute show that the unemployment rate fell in Portugal, between March and June, from 17.7 percent to 16.4 percent. Although it is good news, we must take it prudently and not get euphoric.

Unfortunately the latest data also showed that in the first six months of the year the Portuguese labour market lost 61,600 young educated university graduates. Although there are not official numbers about the qualifications of those who leave the country, we know that an important part of this number is composed by young educated university graduates. For instance, I can tell you that since January this year 23 new Portuguese arrived to Slovakia to work. Most of them, aged in their twenties, arrive here already with a work contract from multinational enterprises and tend to see their contracts renewed, being promoted inside the enterprises.

Some of them, when arriving, say that they intend to go back to Portugal when the contract expires or if the economic situation of the country improves, but many, once in an international career, actually never go back. Of course this phenomenon worries my government as it tries to engage the business sector in order to prevent brain drain, but the labour market still cannot absorb so many university graduates. Last, but not least, Portuguese like to look for new horizons and going abroad has always been one of the characteristics of our people, something that we inherited for sure from the vision of our Infante Henry, known as the Navigator.

TSS: Has the investment potential between Slovakia and Portugal been fully explored? What are areas you see potential for cooperation between Slovakia and Portugal?
AMRS: No, it has not, although efforts are being made to improve the situation. Last year the Portuguese Industry Association (AIP) organised a seminar on business opportunities and investment between Portugal and Slovakia, which was attended by several Slovak companies and also by the Slovak Chamber of Commerce and Industry. At that time both institutions created the Portuguese-Slovak Joint Business Council with the aim of boosting investment and business. On the other hand, the Portuguese company, Vortal, has achieved a place in the Slovak market in the field of eProcurement.
The potential and knowledge of Portugal on road construction, renewable energies and IT, amongst others, could be availed by Slovakia.

TSS: How do you assess the tourism potential between the two countries?
AMRS: As you know, the tourism sector is one of the main motors of the Portuguese economy, accounting for 9.2 percent of GDP and 8.2 percent of jobs. It’s a sector that has resisted the crisis and is expanding mainly due to the large number of foreigners who visit our country, thus compensating for the lack of Portuguese tourists. The flow of tourists between Slovakia and Portugal is nevertheless incipient, and much more has to be done in terms of promotion of both countries.
Portuguese tourists who come to Slovakia are mainly those that have as main the destination neighbouring countries like Austria or Hungary, and take advantage of the proximity to visit Bratislava. Usually they don’t stay more than a single day. As for Slovak tourists to Portugal the figures are also very small, and Slovaks are far from ranking in the top 10 list of tourists in our country. New and aggressive strategies in terms of promotion of the country are already being considered, with the goal of raising the number of stays in Portugal by 3.1 percent per year until 2015, and by 6.3 percent per year of the revenues from tourism.

TSS: Do Slovaks and Portuguese know enough about each other?
AMRS: No, they don’t. There is also much to be done in this field as well. Nevertheless, with the increasing exchange of students via Erasmus programmes, Slovakia is starting to be “put on the map” of young people, and most of them that stay here for a few months like the experience and tend to recommend the country to friends.

TSS: How do you assess the interest of Slovaks in Portugal, as well as Portuguese language and culture?
AMRS: We see a growing interest from Slovaks towards Portuguese language and culture. As you know there is a Portuguese studies course at Comenius University, in Bratislava, which has around 78 students. On the other hand we have the Portuguese Institute of Bratislava that, besides organising several cultural events, also has extra curricular courses in Portuguese language. For this year we will organise several lectures on lusophony and didactics, we will support an exhibition of Portuguese films, a prize for the literary translation of Portuguese into Slovak and the international day of languages. We expect also to be able to support the presence of two Portuguese composers at the International Days of Music that will take place in Košice and Bratislava. Unfortunately, the current economic situation in Portugal does not allow us to incur large expenses, but let’s hope that in a near future we will be able to bring some more Portuguese artists to Bratislava.