Common currency serves as a bridge for business

PORTUGAL and Slovakia are countries on opposite edges of the European Union, and each can help open new markets for the other. While Portugal offers links to Portuguese-speaking countries, Slovakia is one of a few countries in central and eastern Europe which has adopted the European single currency. Still, the two countries are looking to turn potential into actual business. 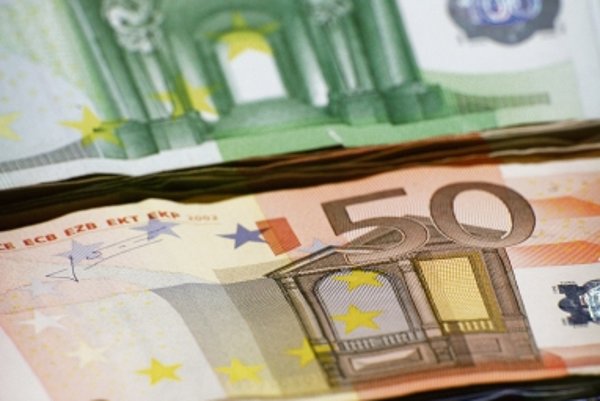 PORTUGAL and Slovakia are countries on opposite edges of the European Union, and each can help open new markets for the other. While Portugal offers links to Portuguese-speaking countries, Slovakia is one of a few countries in central and eastern Europe which has adopted the European single currency. Still, the two countries are looking to turn potential into actual business.

“Economic cooperation between both countries is insipient, insignificant,” Tiago Moreira Salgado, CEO at Banif Plus Bank Slovakia told The Slovak Spectator. “There is no investment from Slovakia to Portugal and from Portugal to Slovakia; the level of investment is still very small.”

Nevertheless, he thinks the potential for big profits on investments between the two countries exists, especially from Slovakia to Portugal, since the debt crisis has pushed down the price of assets in Portugal, making high returns even more realistic.

Jaroslav Bobrík from the department of bilateral commercial cooperation at the Slovak Economy Ministry told The Slovak Spectator that cooperation between Slovakia and Portugal is primarily focused on trade cooperation; cooperation in production is absent.
“Trade exchange develops positively, especially in the fields of the electro-technical and automotive industry,” said Bobrík.

Bobrík added that the growth of trade depends also on searching for the most efficient way to transport goods across the more than 3,100 kilometres between the two countries, making trade in cheaper, voluminous goods unlikely.

“Even though the mutual trade is growing, it is possible to conclude that it does not reach the capacity of the economies and relevant markets of the two countries,” said Bobrík. “On the other hand, it is necessary to take Portugal not only on the bilateral level, but also as a bridge to countries, with which Portugal has extremely good relations and links, which is valid especially for PALOP countries.”

PALOP countries are African countries, in which Portuguese is the official language – Angola, Mozambique, the Republic of Cape Verde, St Thomas and Prince Islands, and Guinea-Bissau.
Bobrík added that representatives of Slovak and Portuguese chambers of industry and commerce, SOPK and AIP/CCI, respectively, signed a May 2012 agreement on cooperation and support of participation of Slovak firms in missions to PALOP countries, while Portuguese companies take part in missions to Balkan and central and eastern Europe in Lisbon.

Increased cooperation in trade and investment is the aim of the annual Days of Slovak Economy and Investment Environment, which the Slovak Embassy organises in cooperation with SOPK or SARIO in Lisbon and Porto.

This year also included a trade and investment forum in Funchal on Madeira. Slovak economy days will take place this year in Lisbon, Porto and in Ponte Delgada on the Azores islands, with the latter focused on companies operating in tourism and geothermal energy.

The Slovak Embassy in Lisbon also organises presentations of Slovakia in individual regions of Portugal to support interest in bilateral cooperation of Portuguese firms also outside large economic centres like Lisbon and Porto. So far it has held such presentations in about 20 regions.

Bobrík said that Portugal’s recent economic problems affect not only its economy, but also domestic demand and public finances.

“The only working driving force of the economy is exports, which are growing especially thanks to intensification of relations with third countries,” he said. This growth is focused on the PALOP countries, Latin America and China, which was the biggest investor in Portugal last year.

“For the time being there is little probability of investing into projects in Slovakia,” said Bobrík. “It is obvious that Portuguese companies have limited possibilities for the time being.”

In pursuing potential investments, Bobrík said that for Portuguese investors the amount and form of state support is of primary importance.

According to Salgado, Portuguese view Slovakia as a stable country inside the eurozone with a strategic position and export potential. The main disadvantage is that it is a small market, he said, with very few business connections with Portugal.

Richard Dírer from the Slovak Investment and Trade Development Agency (SARIO) told The Slovak Spectator that as much as 80.2 percent of total Portuguese investments are in the financial and insurance sectors, and the pattern holds in the case of Slovakia. An arm of the Portuguese bank Banco Mais, for example, successfully operates in Slovakia. Portuguese companies also invest into Slovakia’s automotive industry, as well as the production and assembly of steel and solar panels. Dírer used Key Plastics Portugal and Martifer Slovakia as examples of Portuguese capital active in Slovakia.

Based on data from the National Bank of Slovakia, the total volume of foreign direct investment from Portugal into Slovakia amounted to €1.8 million in 2010. The FDI Markets Financial Times database shows that Portuguese investors are especially active in Brazil and Angola. In Europe, they target Spain, Poland and Germany.

“Slovakia is interesting from the viewpoint of Portugal also because it is one of the few central and eastern European countries to be a member of the eurozone,” Dírer said.

When attracting Portuguese investors to Slovakia, SARIO closely cooperates with the Slovak Embassy in Lisbon as well as the Portuguese Embassy in Bratislava and the Portugal Global - Trade & Investment Agency (AICEP), which has a representative office in Vienna.

The Slovak embassy in Portugal has prepared for 2013 five events with the focus on the economy, in which SARIO is prepared to participate. SARIO sees the automotive and electro-technical industries along with production of steel sheets, artificial fibres, wooden products and food as the most likely to attract Portuguese investment.

Dírer said that between 2002 and 2012 SARIO assisted two Portuguese companies with establishing themselves in Slovakia. The projects involved investments worth €19.8 million and created some 350 jobs.

Trade between Slovakia and Portugal has stagnated over last two years with turnover remaining below €250 million. In 2012, turnover fell moderately by 3 percent, Bobrík told The Slovak Spectator. In 2012, Slovakia exported goods worth €111 million to Portugal, the same as the year before, he said. Imports from Portugal to Slovakia decreased moderately as compared with 2011 and totalled €106 million.

During the first five months of 2013 Slovakia’s exports to Portugal fell by 14 percent year-on-year, while imports from Portugal fell 5 percent.

“Of course, these results are not final, because of the short period determining for the whole year of 2013, but do indicate that the trade with this country is stagnating,” said.

“Slovakia’s exports will be affected by the decline of domestic demand in Portugal, which is induced by the crisis and austerity measures of the government,” Bobrík said.

Bobrík pointed to the global crisis, Portugal’s own fiscal troubles and the resulting €78 billion bailout from the European Central Bank, European Commission and the International Monetary Fund in 2011. The Portuguese government signed on to an EC/ECB/IMF (Troika) prescribed austerity and structural reform programme. The programme should be complete by May 2014. It is expected that the country would be able to return to bond markets for borrowing next September.

After moderate economic growth in 2010, Portugal slipped again into recession in 2011 and 2012. The Portuguese government as well as Troika and OECD expect that the Portugal’s economy to contract by 3.0-3.4 percent in 2013 and reach a growth of zero or up to 0.2 percent in 2014.

“Austerity measures, reduction of social benefits and public administration wages but especially cutting of the 13th and 14th salaries in the public administration and to pensioners induced understandably a decline of internal demand and public investments; the only driving force of the Portugal’s economy is export,” Bobrík said, adding that export of goods and services increased by nearly 15 percent last year.

According to Bobrík, unemployment remains Portugal’s biggest problem as it climbed to 14.2 percent at the end of 2011 and then 15 percent in June 2012.

“Especially the youth unemployment, which has hit 36.4 percent, is raising concerns,” Bobrík said.