PORTUGUESE is the sixth most widely spoken language in the world and the third most wide-spread European language, while also being the official language in eight countries on four continents. The Portuguese Institute in Slovakia is renewing efforts to connect Slovakia with these Lusophone, or Portuguese-speaking countries. 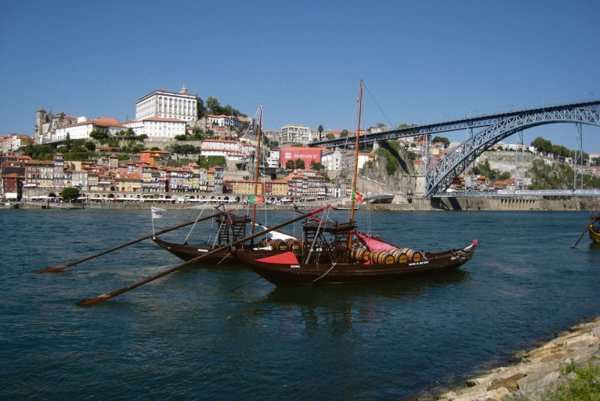 PORTUGUESE is the sixth most widely spoken language in the world and the third most wide-spread European language, while also being the official language in eight countries on four continents. The Portuguese Institute in Slovakia is renewing efforts to connect Slovakia with these Lusophone, or Portuguese-speaking countries.

Together with the representation of Portugal in Slovakia and with domestic institutions, the institute helps spread the Portuguese language and culture from not just the mother country, but countries like Brazil, Angola and others. Apart from promoting events like the exhibition Portugal Sketchbook by Alica Gurinová, which reflected her voyages in the country, the organisation also promotes literature.

In November 2012, a tribute was paid to the Portuguese Nobel laureate, José Samarago, on what would have been his 90th birthday. Several venues like Café Kút or KC Dunaj held commemorative events, with a lecture on the personality of José Samarago, reading of excerpts from his works (in Slovak and Portuguese) in Café Kút and a screening of the documentary José and Pilar, which was produced by famed directors Fernando Meireles and Pedro Almodovar, in KC Dunaj.

A Portuguese movie, Tabu by Miguel Gomes, was also screened at the International Movie Festival in Bratislava on November 11. April saw a celebration of a landmark event in Portuguese history – the anniversary of the Carnation Revolution which toppled the “New State”, or the Second Republic, and which began on April 25, 1974.

The Portuguese Institute organised (in collaboration with other institutions and venues) a host of events in Bratislava: a lecture in English called The Portuguese Carnation Revolution and Antonio Tabucchi (Tabucchi reflected the revolution in his literary work) by Alcides Manuel Droguete Murtinheira, a representative of the Portuguese Cultural Institute Instituto Camoes; a curling course at Vladimír Dzurilla ice stadium, called “Portuguese Language on Ice”. There was also “April Revolution in Batelier”, a celebration with DJ Lusytano, alternative rock band Cover Up, and separately a discussion in the KC Dunaj with journalists Miroslava Kernová, Marián Leško and historian Ivan Kamenec on the issue of totalitarian power and revolutions, with the screening of a short Portuguese movie Adventure Called Democracy and the 1995 feature film Sostiene Pereira.

In September, the prize for the best artistic translation of Lusophone literature will be awarded, with the text Big Brother Isn’t Watching You by Teolinda Gersao as the obligatory piece to be translated by contestants. More events to follow can be found (in Slovak and Portuguese) at the Portuguese Institute’s website, www.portugal.sk.