Spain's culture on offer across Slovakia

SPANISH culture enjoys wide popularity in Slovakia, and many Slovaks even study the language. But those who have yet to master Spanish can still get a taste of the country’s rich cultural offerings through a variety of events hosted in Bratislava and around the country. 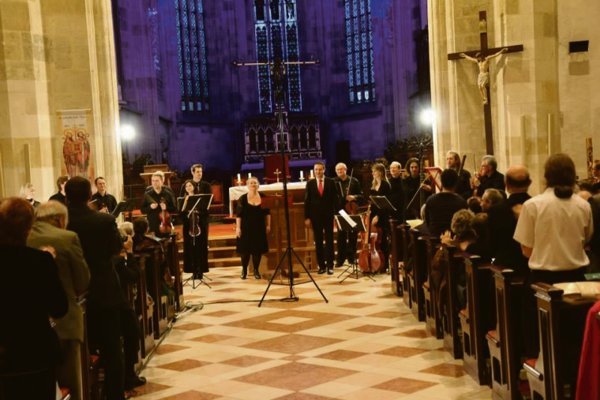 SPANISH culture enjoys wide popularity in Slovakia, and many Slovaks even study the language. But those who have yet to master Spanish can still get a taste of the country’s rich cultural offerings through a variety of events hosted in Bratislava and around the country.

Many of these events are organised, promoted and supported by the Spanish Embassy to Slovakia. When asked by The Slovak Spectator how it selects these events, Katarína Zubacká of the embassy responded: “The cultural activities are planned in advance; and the AECID agency of international cooperation for development offers some personalities to choose from. However, we also try to support artists and performers proposed by Slovak institutions and organisations that we have been collaborating with for some years already.”

With Košice becoming the European Capital of Culture (ECOC) for 2013, the support and cooperation has intensified. In October 2012, the Days of Spanish Culture took place, organised by the Slovak-Spanish Bilingual Institute there. The Košice-based bilingual secondary grammar school participated in the opening ceremony of the ECOC 2013 project. In April, the 20th European Festival of School Theatre in Spanish Language was organised, with schools from Slovakia, the Czech Republic, Poland, Bulgaria, Romania, Russia and Hungary participating. In the ECOC year, a total of 14 ensembles with 160 actors visited the eastern-Slovak metropolis.

Also, for a brief period of time each year, Košice’s Main Street is transformed into the famous La Rambla street in Barcelona, filling up with artists, performers and historical personalities.

The Slovak capital has hosted plenty of Spanish-related events, too, including the Spanish National Orchestra within the Bratislava Music Festival in October 2012, a screening of the winning films of the Spanish Goya awards presented at the International Film Festival (attended by director Jaime Rosales) in November last year, Lucia Lacarra’s March performance at the Open Ballet Gala at the Slovak National Theatre and the tribute in May to the translator of Don Quixote into Slovak, Jozef Felix, at the Faculty of Fine Arts at Comenius University.

Spanish cuisine was represented at the Gurmán Fest in June, where Spanish Michelin star chef Josean Alijou demonstrated his skills, and Spanish food and wine were celebrated at a special event at La Cava Barcelona in downtown Bratislava.

In summer, Spanish performers participated in several festivals in the capital. Within the Days of Early Music festival, the Tasto Solo ensemble played on June 8 and 9, led by Guillermo Perez, a connoisseur of old clavier instruments and 14th and 15th-century music. Famous counter-tenor Carlos Mena sang two of Bach’s cantatas accompanied by the organising Musica Aeterna ensemble within the same festival.

The Town Library in Žilina and the Wedding Palace in Bytča both hosted an exhibition of photographs by a Spaniard living in Slovakia, Jonathan Gasco Ochoa, called Winter in Slovakia, in late 2012. In June, three artists, including Jesús de Miguel Alcántara, exhibited in Piešťany’s Fontána Gallery, celebrating the 900th anniversary of the first written mention of the town.

An interest in Spanish language is reflected in the number of students enrolled in Spanish courses. Mária Bíleková from the Office for Education at the embassy informed that more than 1,300 Slovak pupils study at seven bilingual Slovak-Spanish sections of secondary grammar schools, taught by 28 native Spanish speakers.

Many language courses exist outside these bilingual schools, and the Slovak branch of the Aula Cervantes Library, which houses over 7,000 books and audiovisual materials in Spanish, is another resource for those interested in the language. The library is part of a Spanish government institution that promotes Spanish language and culture.

Rounding out the Spanish-related events supported by the embassy are competitions in math and literature, as well as the Olympics in Spanish as a Foreign Language (ELE) and the Photomontage competition. The Aula Cervantes plays a big role in these activities.

Slovaks can still look forward to the performance of the dance troupe Compania de Teresa Nieto at the Bratislava in Movement festival on October 3, and the photo exhibition of Dionisio Gonzales during the Month of Photography event in November.

News about Spanish culture in Slovakia can be found at www.exteriores.gob.es/Embajadas/BRATISLAVA/es/Embajada/Paginas/CentrosCulturales.aspx.
“We have positive feedback,” Zubacká concluded. “And the best feedback about the cultural activities is from people who continue to visit them.”

“We have positive feedback,” Zubacká concluded. “And the best feedback about the cultural activities is from people who continue to visit them.”