THE VILLAGE of Vlkolínec (in Žilina Region in central Slovakia), one of the best-preserved folk architecture settlements in Slovakia, marked the 20th anniversary of its addition to the UNESCO World Heritage list at the end of July. 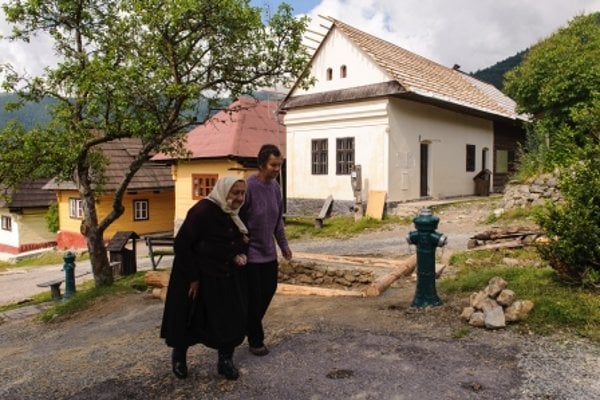 THE VILLAGE of Vlkolínec (in Žilina Region in central Slovakia), one of the best-preserved folk architecture settlements in Slovakia, marked the 20th anniversary of its addition to the UNESCO World Heritage list at the end of July.

“[We] are justifiably proud of having such a pearl, such a jewel here,” said Ján Pavlík, mayor of Ružomberok, under whose administration the village falls. Pavlík added, as quoted by the TASR newswire.

“It's not a typical open-air museum but a lively village, with people living there,” he explained. “We’ve been doing our utmost to preserve Vlkolínec as a unique display of rural life in the past in the most original form possible for future generations,” said the mayor. There are up to 50 remarkably well-preserved log houses in the settlement, which display many features typical of traditional central-European mountain villages. The history of the site goes back to the 14th century.

A year ago a ban on smoking and open fires in the village was issued to protect the traditional wooden folk dwellings, the SITA newswire wrote. Ružomberok’s representatives said the ban on smoking and open fires covered the entire village and that all houses must be equipped with a fire extinguisher. But it was also true that the statute for Vlkolínec does not cite specific sanctions, and violating the rules are treated by Ružomberok police according to the law on protection of non-smokers, with fines of up to €33.

The Sme daily wrote that Vlkolínec’s residents were not in agreement on whether the smoking ban applied to them or only to visitors.

The celebrations of the anniversary, which fell on Sunday, July 28, were extensive and included woodcarving, a festive mass, a folklore programme, workshops for children and the Jamadan percussion show, with a concert of country and folk bands afterwards, the SITA newswire wrote.