A BICYCLE-rental system is to be introduced in Bratislava as of spring 2014. 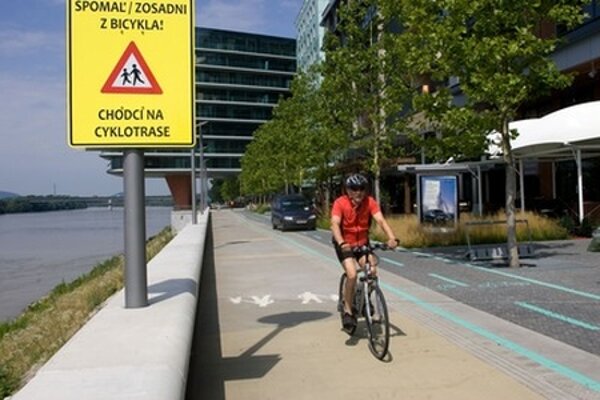 A BICYCLE-rental system is to be introduced in Bratislava as of spring 2014.

The capital has already selected a supplier for the project and is about to sign a contract. For the moment, however, the capital is still keeping an eye out for potential sponsors to help with funding. “The contract will be signed the moment it becomes clear that we've got the money for it,” City Transport Committee chairman Jozef Uhler told TASR. The first tender launched back in March failed to attract any bidders, but the second one was won by a company called Homeport, which currently provides bicycle rental services in Prague and Moscow.

“We selected this provider due to its lower costs and also its considerable experience,” said Uhler. Thus, the winner should first operate some 20 bicycle stations with a total of 100 bicycles, with one-time investment costs of €290,000 and subsequent operational costs of €19,000 annually. Bratislava plans to conclude the contract with the company in September and has already promised to have half the amount covered by sponsors. Still, the city is on the lookout for more.

The locations of the bicycle stations have not been determined yet. “There are places which are a must, for example, railway stations. Talks will also be held with shopping malls, too, so we can ascertain whether or not they're interested. The network must connect the most important nodes in the city centre,” explained Uhler. The bicycles will be produced with special modifications in order to prevent their disassembly, theft and destruction. “These will be special bicycles, manufactured solely for this purpose. No part is to be compatible with other bikes, making theft of individual parts pointless,” he added.

How much Bratislavans will pay for the use of bicycles remains to be seen, with Uhler stressing that prices must be set at a level that does not dissuade people. “No one wants to usher in a system set up for failure because it’s too expensive,” he said, adding that the use of the bike for maybe the first ten minutes will be free of charge. “It needs to pose significant competition to driving a car short distances. Statistics available from other cities show that bicycle rides usually don’t take more than 7-8 minutes. When people in Bratislava will need to travel only a couple of hundred metres, they’ll be able to rent the bicycles for free.”