A MID-JUNE police raid that allegedly left dozens of Roma injured in the Budulovská settlement near the eastern-Slovak town of Moldava nad Bodvou continues to evoke concerns about the police’s action itself as well as the subsequent investigation launched by the Interior Ministry, which found no police failing. Slovakia’s ombudswoman Jana Dubovcová now claims that neither the Interior Ministry nor its inspection is independent enough to assess the police action. 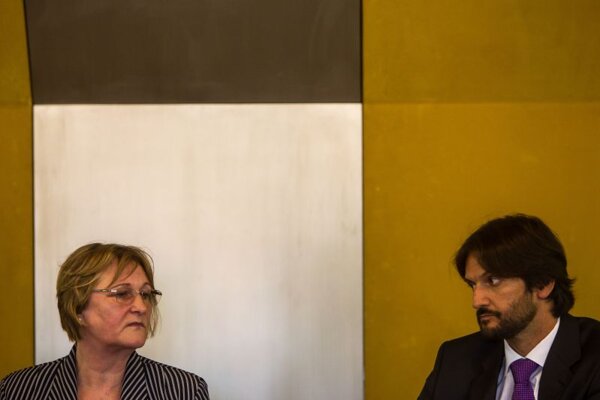 A MID-JUNE police raid that allegedly left dozens of Roma injured in the Budulovská settlement near the eastern-Slovak town of Moldava nad Bodvou continues to evoke concerns about the police’s action itself as well as the subsequent investigation launched by the Interior Ministry, which found no police failing. Slovakia’s ombudswoman Jana Dubovcová now claims that neither the Interior Ministry nor its inspection is independent enough to assess the police action.

Meanwhile, the parliamentary committee for human rights and national minorities refused to express concern that the Interior Ministry’s investigation of the raid was not conducted in the way that the committee’s chairman, Rudolf Chmel of the opposition Most-Híd party, had proposed, according to the SITA newswire.

The committee, particularly members of the ruling Smer, refused to hear testimony from the Roma from Moldava nad Bodvou, according to the Sme daily, with head of the Smer deputy faction Jana Laššáková saying that “the committee is not an investigation body and thus it is not our task to question someone. No one has invited them”. Laššáková added that the hearing would not have been fair since the involved police were not present at the committee’s sitting.

Interior Minister Robert Kaliňák backed the police on July 30, saying that the raid “was conducted correctly and was justified”.

Non-governmental organisations, like ETP Slovensko, a non-profit group that works with ethnic minorities, Amnesty International Slovensko and the European Roma Rights Centre, have called the investigation into the incident insufficient. In July, the Organisation for Security and Co-operation in Europe (OSCE) asked ministry officials to investigate the incident, which involved some 50 SWAT unit police officers and drew condemnation from local human rights watchdogs.

Yet Kaliňák and Dubovcová differ in their assessment of the police action. Dubovcová on August 27 restated that the police’s claim that they did not enter the dwellings of the Roma during the raid has not been confirmed.

“The evidence we collected suggests the opposite,” said Dubovcová, adding that she cannot imagine that the police would conduct such a raid, for example, among flats in Bratislava’s largest suburb Petržalka as quoted by SITA.

Dubovcová said she has not found legal grounds for conducting the action. Meanwhile, Kaliňák claims that Dubovcová’s report on the police action in Moldava nad Bodvou is politicised, adding that the use of “hyperbole harmed the whole case”. The minister also said that reports of 30 injured and an attack on a child, which were never substantiated, harmed the case the most, SITA reported.

Dubovcová said Interior Ministry and its investigation unit “does not have the attributes of an independent control body”. Kaliňák responded that the inspection is not a criminal prosecution body and that, for example, it is not required to hear from witnesses. If the law was violated or someone suffered bodily harm it is necessary to turn to prosecutors, he said.

Chmel of the parliamentary human rights committee rejected claims that the group based its assessment entirely on the documentation provided by the police, SITA reported, adding that several questions of the deputies remain unanswered.

A variety of reports have been produced on the police raid: one by the Interior Ministry, a report by government proxy for the Roma community Peter Pollák and the one from Dubovcová.

In response to the results of the official investigation, Pollák in late July said his powers do not enable him to assess the legality and legitimacy of the police operation. Pollák has also said that after meeting representatives of the injured Roma, the mayor and local councillors in Moldava nad Bodvou and with the police officers who conducted the operation, he was confronted with two opposing accounts of the events. Pollák admitted the action seems “controversial”, the TASR newswire reported.

Nevertheless, when addressing the members of the parliamentary committee, Pollák said it is important that more Roma are hired to work for the police while calling for legislation which would order the use of language during the raid which the person subjected to police action understands, according to SITA.

“We have information that many Roma during the police raid in Moldava nad Bodvou did not understand the instructions,” Pollák said.

Eyewitnesses claim that members of a SWAT unit, in approximately 20 cars, rode into Moldava nad Bodvou’s Budulovská Roma settlement late in the afternoon on June 19 and raided homes of the Roma, according to a statement issued by ETP Slovensko. Police detained 15 people. Some 30 people were injured during the raid, according to the group.

The raid was preceded by a conflict involving some settlement residents with a police patrol after a party on the night of June 16, according to ETP Slovensko. That conflict saw police detain two local Roma men. One was released four days later and the other remains in custody, according to Sme. Both are being prosecuted in connection with the clash, during which a police patrol car was damaged. Locals contend that the June 19 raid came as revenge for the earlier incident, according to the testimonies recorded by the Roma Media Centre (MECEM).

However, Kaliňák on July 30 said that the police did nothing more than check the identity of 18 people, with coercive means required for just seven people.

According to Kaliňák, the raid was a standard police action. He added that last year 228 similar police actions were performed. Over the first six months of this year there were 111 such actions, he said.

Janez Lenarčič, director of the OSCE’s Office for Democratic Institutions and Human Rights, sent a letter to Slovak officials on July 2 asking “for information about measures the Interior Ministry passed with the aim of securing the independent, thorough and effective investigation of the police action”, the Interior Ministry’s Ivan Netík told Sme last month.

The report on the inspection of police intervention does not include the names of witnesses or police officers involved, evidence or an explanation of the proceedings during the investigation, according to Sme, which obtained the report based on a Freedom of Information Act request, as reported in its August 7 issue. Sme quotes Martin Vavrinčík of ETP as saying that “most of the text explains legal regulations”.