SLOVAKIA, with its jobless rate standing close to 14 percent, might get 700 new jobs for its army of unemployed if the state’s investment stimuli plan works as planned. 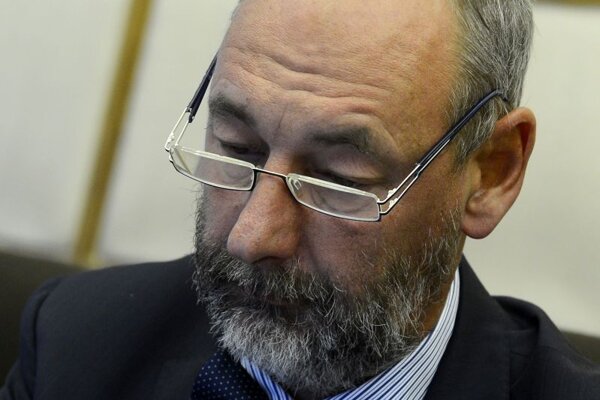 SLOVAKIA, with its jobless rate standing close to 14 percent, might get 700 new jobs for its army of unemployed if the state’s investment stimuli plan works as planned.

Five investors will receive state aid worth €15 million, and most of the investment stimuli, €13.4 million, should come in the form of tax relief. The companies Dometic, Miba Sinter, Johnson Controls, Gevorkyan and Michatek would invest a total of €41 million into their operations and create 700 new jobs, based on a plan that the cabinet of Robert Fico approved on August 28. The investment stimuli proposal was submitted by the Economy Ministry.

While businesses and observers tend to be critical of providing investment aid to selected companies, as opposed to state measures that would improve the investment environment on a larger scale, Slovak Finance Minister Peter Kažímír told the public service Slovak Radio that the stimuli approved on August 28 will not place any burden on the state budget.

In return for the state stimuli, the German company Dometic plans to create 326 new jobs in Fiľakovo, southern central Slovakia, and it would invest almost €5.5 million into extending its capacities for the production of cookers, mobile grills and devices for controlling air conditioning units, among others. Dometic Slovakia, a company established in 1994, will supply its production to Trigano and GPSAS in France, Layka in Italy and Adrianmobile in Slovenia, the TASR newswire reported.

The ministers agreed that the state would provide €3 million in investment stimuli, of which €340,000 the firm is requesting as a subsidy for procuring material property, with the remainder coming in the form of a tax holiday, the SITA newswire reported.

Johnson Controls Innotec Technologies in Lučenec, southern eastern Slovakia, will receive investment aid worth €4.1 million, of which €3.86 will be provided in the form of tax relief, and the company will acquire €240,000 to procure long-term property, according to the Economy Ministry’s investment stimuli proposal. In return, the company would invest €8.2 million into a new plant for producing metal components for headrests in passenger vehicles in the area of Lučenec between 2012 and 2015, a move that is estimated to create 125 new jobs, according to TASR.

The Lučenec branch of Johnson Controls was set up in February 2012. The Johnson Controls group has four other car-component production sites in Lozorno (Bratislava Region), Žilina, Námestovo and Martin (all Žilina Region), along with its own development centre in Trenčín (Trenčín Region) and a business centre for financial services in Bratislava. In all its facilities, it provides work for approximately 5,000 people.

Miba Sinter Slovakia, specialising in the production of synchronizer rings, friction rings, belt pulleys, chain sprockets, and components for car bodies and chassis, will enjoy tax relief worth €3.6 million based on the cabinet’s August 28 decision. The company plans to create 120 new jobs in Dolný Kubín in northern central Slovakia, and to construct two competence centres for the development and production of car gear wheels and would invest €13.6 million, according to SITA.

Thus, the number of people employed by the company would jump from 628 to 748, according to the Economy Ministry, which submitted the proposal for state aid, with the company’s planned investments standing at €13.65 million, TASR reported.

The company Michatek Michalovce would invest €5.7 million into a new production hall in an industrial park, thus creating 80 new jobs. The state will provide the company with €2.8 million, of which €250,000 will come in the form of a subsidy for procuring long-term property, with €800,000 going towards the creation of new jobs. The rest of the state aid, €1.80 million, will be drawn in the form of a tax holiday, SITA wrote.

Michatek, established in 2004 in eastern Slovakia, specialises in the assembly of modular construction systems and complex machines, for example, warming drawers as well as sheet metal processing using CNC technology, according to the company’s website.

The Banská Bystrica-based company Gevorkyan will receive investment aid worth €1.51 million in the form of tax relief in return for the expansion of its existing company, which makes products through powder metallurgy technology in Vlkanová, in the district of Banská Bystrica, according to TASR. The company, which specialises in production of bronze, bronze-iron and iron self-lubrication bearings for motors, brass, copper, iron and steel parts, would invest €7.57 million into the investment project, and create 44 new jobs. Gevorkyan, established in 1997, currently employs 79 people.