EVERY bank in the European Union sets its own fees for payments made with credit or debit cards. Yet, this could change if EU countries accept the European Commission’s proposal to cap multilateral interchange fees (MIFs), as part of the new Payment Service Directive introduced on July 24. 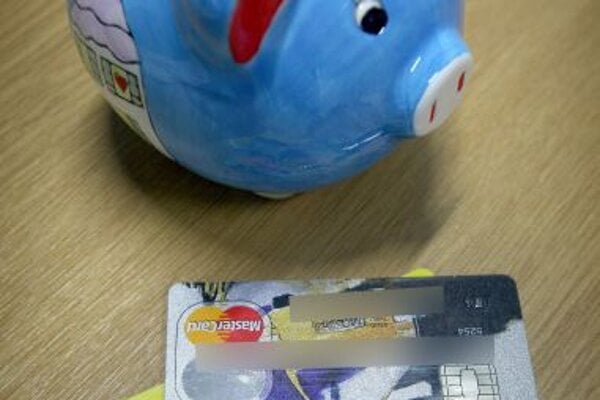 EVERY bank in the European Union sets its own fees for payments made with credit or debit cards. Yet, this could change if EU countries accept the European Commission’s proposal to cap multilateral interchange fees (MIFs), as part of the new Payment Service Directive introduced on July 24.

The new cap should stand at 0.2 percent of the value of the transaction for debit cards and 0.3 percent for credit cards. Moreover, it suggests eliminating surcharges imposed by some merchants for making payments with these cards. The EC plans that for the first 22 months the cap will be applied only to cross-border transactions, i.e. in cases when a consumer uses the card abroad or when a retailer uses a bank in another country.

While the EC says that the cap will bring benefits to card users and increase market competitiveness, some in Slovakia criticise the regulation, saying it might harm the development of cashless card payments.

It is predicted that capping MIFs might reduce costs for retailers for card transactions, which would eliminate the need for surcharges, according to the EC press release.

“The proposed changes to interchange fees will remove an important barrier between national payment markets and finally put an end to the unjustified high level of these fees,” said European Commissioner for the Internal Market and Services Michel Barnier, as quoted in the press release.

The revised directive will bring several new important measures and improvements to the EU payments market. For example, consumers will be better protected against fraud, possible abuse and payment incidents. The proposal also increases consumer rights when sending transfers and money remittances outside Europe or when paying in currencies other than the euro, Ingrid Ludviková, the press and communication officer at the Representation of the European Commission in Slovakia, told The Slovak Spectator.

Yet, the Business Alliance of Slovakia (PAS) is doubtful that the regulation will have a positive impact. It predicts the cap will harm the naturally functioning cashless payment market and decrease competitiveness, which could result in the monopolisation of the market and increase the price of cashless payments.

In addition, the regulation might decrease the number of payment cards issued and the amount paid through them, reads the analysis introduced in mid August.

The PAS also warns that even if the EC bans banks from charging MIFs, they would find other ways to cover their costs on card payments.

The alliance also questions the effect the regulation might have on retail prices.

“The experience from countries which imposed the regulation of interbank fees in previous years from their own initiative (Australia, Spain and the US) show that the prices in retail have not decreased, but the bank fees for card holders and retailers increased,” said Róbert Kičina, the executive director of PAS, as quoted in the press release.

Some Slovak banks concerned over regulation

Slovak banks have offered a variety of opinions over the possible impacts the regulation might have on Slovakia’s payment market. According to the National Bank of Slovakia (NBS), the country’s central bank, it is currently not possible to assess the impact the proposed measures might have on consumers and owners of payment terminals. The bank will comment on the impact during the official discussion of the proposal, NBS press department head Jana Kováčová told The Slovak Spectator.

Private banks active in Slovakia, however, have concerns over the possible impacts of the MIF regulation. VÚB Bank spokesperson Alena Walterová agrees with the PAS analysis that the regulation might harm the development of cashless payments in Slovakia.

“The interchange fees should not be regulated at the EU level, but should take the conditions of the payment cards market in individual member states into consideration,” Walterová told The Slovak Spectator, explaining that the fees are currently set based on the level of the development of the countries’ market.

The regulation might also force the banks to subsidise the issuance of payment cards since they will not have enough funds to cover the costs for processing transactions made by card holders, protecting the cards from fraud, dealing with damages or developing new technologies and innovations, Marína Masárová, spokesperson for Tatra Banka, told The Slovak Spectator.

On the other hand, the proposal might also have some positive impacts. If the costs of retailers on card payments were lower, the banks might decrease the service fees for providing, maintaining and securing the terminals, and support the extension of sites that accept payment cards, Masárová explained. Yet, it is questionable whether it will lead to a decrease in consumer prices in the retail sector, she added.

Both Walterová and Masárová agree with the PAS’ concerns that banks might compensate for the loss in interbank fees by increasing charges for other services. For example, banks could charge more for services linked with issuing cards, which might make clients less interested in using them, Masárová said.

Walterová added that banks might also limit benefits that they offer for using payment cards.

The ČSOB says that based on its analyses, the regulation of fees still makes electronic payments more effective than payments made in cash. Regarding retailers, the fees are calculated based on what the banks spend on cashless transactions, said ČSOB spokesperson Zuzana Eliášová.

“However, we think that the regulation of fees does not have a direct and significant connection with prices for consumers,” Eliášová told The Slovak Spectator, adding that excessive regulation might have a negative impact on the competitiveness of Slovak and non-Slovak businesses.

The Slovak Finance Ministry’s press department responded to the proposed MIF regulation by saying that it “welcomes every step that will contribute to higher transparency and improvement of the status of the consumer”.

The companies of two widely payment cards in Europe warn that some of the proposals concerning MIFs might not contribute to more competitive electronic payments in the EU.

MasterCard says that some of the introduced measures, like the limits on interbank fees and restricting the rule of accepting all payment cards, do not contribute to allowing consumers, retailers and other parties full usage of the advantages of the inner market of the EU.

“These proposals will, in fact, be a burden for consumers and small businesspeople, and moreover, they will hamper competitiveness and innovation in the European payment environment,” said Javier Perez, president of MasterCard Europe, as quoted in the press release.

Peter Ayliffe, president and CEO of Visa Europe, said in the press release that the EC proposals “will be detrimental to the innovation that will support European economic growth”. There is little evidence to support the claims that these proposals will be beneficial to consumers, he added.

“We recognise the EC’s steps towards creating a level playing field for all current and future payment market participants, but we believe they have fallen short of this goal by largely excluding three party schemes such as American Express and non-card E-and-M-commerce payment solutions and primarily focussing on four party card systems like Visa Europe,” Ayliffe said in the press release.

Both companies said they are ready to cooperate with the EC, as well as the European Parliament and the member states, to ensure that the new measures will make card payments advantageous for both consumers and retailers.