Every city has a club, but not every city has a Subclub. Deep in a former military bunker beneath Bratislava Castle is one of the city’s most prominent and unusual night spots, which has been the alma mater of Slovak nightclubs for two generations. It is a place known across Europe for its deep, loud and steady rumble, where the founding fathers of a vibrant underground culture dust off their vinyl to play. 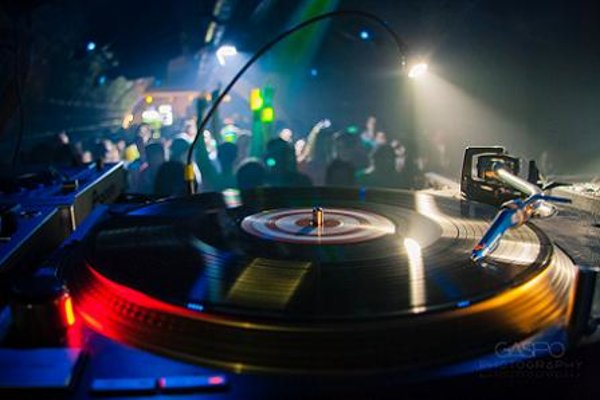 Every city has a club, but not every city has a Subclub. Deep in a former military bunker beneath Bratislava Castle is one of the city’s most prominent and unusual night spots, which has been the alma mater of Slovak nightclubs for two generations. It is a place known across Europe for its deep, loud and steady rumble, where the founding fathers of a vibrant underground culture dust off their vinyl to play.

Subclub is only one of hundreds of places to spend a buzzing night in Bratislava, a city that has often been dubbed Party-Slava for its vast array of bars and clubs. You can spend nights quietly sipping dry martini, or rocking wildly into tomorrow. Bratislava may be charming and tranquil during the day, but Party-Slava is a different place entirely.

Subclub, formerly known also as U Club, started out as a venue for alternative rock concerts, where the audience sat on empty beer crates. However, more and more DJs were invited to play sets here and the cornerstone of the Slovak techno, house, drum ‘n’ bass and jungle music scene was laid in place.

“Subclub was the first post-communist club in Slovakia with a completely different music style than anywhere else,” said Branislav Kŕč, 38, who was one of the club’s owners for six years and is its current music manager. “English DJs all came over here, just so they could play unorthodox techno, which they simply couldn’t play in England.”

Today the range of performances and genres in Subclub stretches from indie to rock‘n’roll, through reggae and both traditional and progressive bass music, as well as good old-fashioned techno.
“The best thing about this club is definitely the diversity of genres,” said Juraj Šimkovič, 29, who visits regularly. “I’ve experienced different kinds of fantastic concerts here and today I’m here because it’s on fire even though it’s the middle of the week.”

Back in the city, a multicultural hub is emerging on Karpatská Street, which is now home to about half a dozen bars and clubs in which congregate a variety of subcultures. Arguably the wildest and most famous venue over the past couple of decades has been Randal Club, which offers rock‘n’roll, punk and metal music in front of a large and loyal audience.

“On regular nights it is to be avoided unless you wish to spend your time in the company of underage wannabes,” said Zuzana Hircová, a 21-year-old student from Bratislava, dressed all in black. “However if a truly exceptional artist is to perform here all your negativity suddenly unites with the others and vanishes to produce a contagious and revolutionary energy that is beyond words and makes you realise that punk and metal are not genres of music but ways of life.”

Slightly more peaceful, but no less interesting, is the a4 – zero space, also on Karpatská Street. It is an established culture project that moved into these premises in 2012. a4 constantly expands the boundaries of contemporary culture, with artists of any vocation given the opportunity to present their talents. It has hosted theatrical performances, concerts, exhibitions, parties, lectures and a Sunday community market.

“I feel more than welcome to just come in and enjoy a few drinks in a lovely bar that is open every day of the week and has the friendliest and most stimulating vibe in the city,” said Dominik Holíč, a 23-year-old student from Bratislava, who also works in a music shop.

A similar place can be found on Nedbalova Street, in the city centre. The cultural centre Dunaj serves a daily multicultural menu, including live concerts, club nights, literature, visual arts, theatre and discussions with interesting personalities. There is also a bar and a terrace, offering the best views of the Old Town.

At the other end of the spectrum, The Club, situated in the Park Inn Danube Hotel, is one of the most luxurious, high-design and fashion-conscious dance clubs in Bratislava. It is an elite Bratislava night spot and celebrity hang-out, hosting all the beautiful people and serving drinks at eye-watering prices.

“It’s true that this place is quite expensive, but it definitely provides the best entertainment in Bratislava and so it’s worth all the money,” said Filip Timár, a 24-year-old student from Bratislava.

This exclusive night spot offers various themed discos, and boasts famous DJs on its decks, such as G-Unit, DJ Antoine, Lumidee or Armin van Buuren. Every Saturday The Club hosts a night known as “The2013 Party”, which attracts numerous public figures to quaff Moët & Chandon and transforms the whole place into show like no other in the city. The Club is also one of the few nightspots in Europe to use 3D mapping projection, which transports its guests through different periods of time and space.

In short, it doesn’t mater if you are a fan of reggae, dancehall, techno or old school disco music: you will find a place to suit you in Bratislava. However, it is back to Subclub if you want to find it all in one place.

“Just look around, there’s no place like this,” said Michaela Žureková, 22, a music journalist from Bratislava. “The lighting, the intimate atmosphere, the bass... This unique atmosphere captivates you whatever event you attend and definitely leaves you gasping for more.”

One of the founders of Subclub, Tibor Holoda, is also behind the Wilsonic electronic music festival, held in Bratislava in June. The festival, and its spin-off club nights, are a showcase for upcoming trends in electronic dance music and present a fusion of genres both old and new, mixing tradition with experimentation. The organisers have been careful to keep admission affordable – some tickets to the two-day festival are available for €39 - and have unveiled a series of clever technological innovations to make the Wilsonic festival a massively fulfilling experience.