THE STATE will become the sole shareholder of the Slovenský Plynárenský Priemysel (SPP) gas utility. Prime Minister Robert Fico sees this step as a way for the state to gain control over natural gas prices for households. 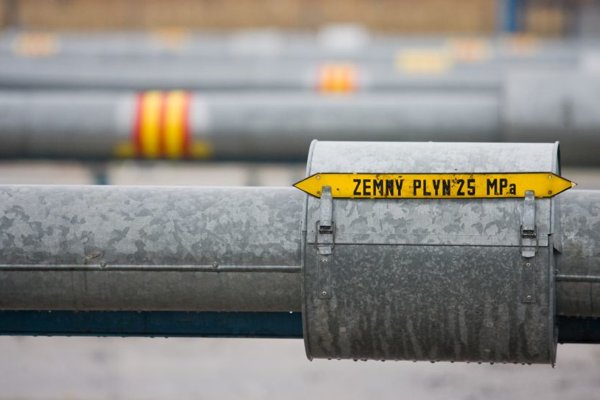 THE STATE will become the sole shareholder of the Slovenský Plynárenský Priemysel (SPP) gas utility. Prime Minister Robert Fico sees this step as a way for the state to gain control over natural gas prices for households.

The Slovak government green lighted the takeover of the 49-percent stake and managerial control in SPP from the Czech Energetický a Průmyslový Holding (EPH) on September 4.

“The importance and success of the step we have taken today is that the state is gaining total control over gas prices for Slovak households and small and medium-sized enterprises,” Prime Minister Robert Fico said after the cabinet’s session, as cited by the TASR newswire. Fico was quick to promise there would be no increase in gas prices for households next year.

In exchange for the 49-percent stake, the government will take over half of the company’s debt, €59 million, from EPH.

SPP generated the loss due to gas price regulation for households, Fico admitted, as reported by the SITA newswire.

The government wants to gradually settle SPP’s debt with assets obtained from taking over the 49 percent stake in SPP. For example, the so-called natural gas reserve worth €170 million or the opportunity to negotiate better purchase prices with Gazprom for delivered natural gas, SITA wrote. Economy Minister Tomáš Malatinský expects SPP to be back to black numbers in three to four years.
The government is currently negotiating with Gazprom and the course of the negotiations “gives us hope” that the purchase prices of gas from Gazprom will be “close to spot prices”, Malatinský said, as quoted by SITA.

“The state takes over our share at very attractive conditions from its viewpoint,” EPH board director Daniel Křetínský told SITA, adding that they agree with the state taking on responsibility for gas prices.

Earlier this year, EPH, controlled by Czech entrepreneurs Daniel Křetínský and Petr Kellner and Slovak financial group J&T, bought a 49 percent stake in SPP, with managerial control, for €2.6 billion from its foreign shareholders E.ON Ruhrgas and GDF Suez. The remaining 51 percent is managed by the National Property Fund (FNM). EPH will continue to control 49-percent stock in profitable SPP’s subsidiaries SPP-distribúcia, managing the gas distribution network in the country, and Eustream, the natural gas transporter and operator of the transmission system in Slovakia.

In Slovakia gas prices for households and small and medium-sized consumers are regulated by the Office for Regulation of Network Industries (ÚRSO). The regulator, whose head Jozef Holjenčík assumed the post during the first Robert Fico government, has so far turned down several requirements of SPP to increase household gas prices when it has not accepted some of SPP’s costs as part of the price of gas for households. For example, SPP buys natural gas from Gazprom, based on a long-term contract, for higher than spot prices. Thus, ÚRSO is actually being blamed for SPP generating losses.

The state acquired the opportunity to gain complete control of SPP during negotiations with EPH when the Slovak cabinet on December 12, 2012 unblocked the sale of the 49-percent minority share package owned jointly by E.ON Ruhrgas and GDF Suez, thereby giving up its pre-emptive right to purchase the shares.