Families open up to abandoned children

TOYS, sweets, weekend trips: things that money can buy are not what children living in orphanages lack, but rather, the emotional bonds that only a family can provide. More and more children are placed into the care of foster families rather than orphanages every year, but there are still thousands of them who grow up in an institutional environment. 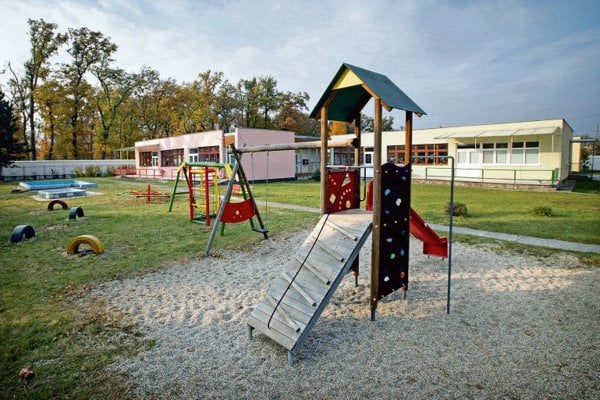 Slovaks have lately panicked on social media over the kidnapping of children, which has turned out to be a hoax. (Source: SME)
Font size:A-|A+

TOYS, sweets, weekend trips: things that money can buy are not what children living in orphanages lack, but rather, the emotional bonds that only a family can provide. More and more children are placed into the care of foster families rather than orphanages every year, but there are still thousands of them who grow up in an institutional environment.

“It would be very pleasant if the trend continued unchanged and in a few years’ time we could state similarly positive conclusions,” Lovecká told The Slovak Spectator.

Under Slovakia’s laws (particularly Act No. 36/2005 on Family), foster care is one of the forms of alternative family care that the state ensures for children who for various reasons find themselves without a family. Another form is what the law recognises under the name ‘alternative personal care’, which is usually provided by the child’s relatives who meet the prescribed prerequisites. These are, for any form of alternative family care, permanent residence of the care giver in Slovakia, the care giver’s possession of legal capacity for legal acts in full scope, and personal prerequisites, particularly relating to health, personality and morals, as defined by the law.
The main difference between foster care and alternative personal care is that foster parents are entitled to state aid, and they have to pass a preparation course before becoming foster parents. Additionally, foster parents must be filed on a list of foster care applicants.

The decision over whether a person is eligible to become a foster parent, and thus be entered on the list of applicants and attend the mandatory preparation course, is made by the local office of labour, social affairs and family. The authorities assess the applicants’ morals, health, familial and housing circumstances, as well as their lifestyle, and then decide whether they can take the preparation course for alternative family care, according to Černá.

The preparation course takes at least 26 hours, after which a final report is drafted and considered, along with all the above mentioned prerequisites, for the final decision over whether the applicant will make the list of foster care applicants.

The state claims it seeks to prevent cases of abuse of children entrusted into foster care, even, for example, foster parents who force the children to do inappropriately difficult work. The motivation of the potential foster parent is closely monitored during the preparation course, according to Černá.

“The preparation course can reveal whether the applicant’s interest in the child for alternative family care is genuinely to help the child or not,” Černá told The Slovak Spectator.

There is also a “testing period” for both future foster parents and the children that need alternative family care. Before the court decides to place a child with a particular family, several meetings are organised to initiate a relationship between the child and his future foster family. If their interaction is successful, the respective labour office recommends that the child is placed into the care of the selected foster family. With this recommendation in hand, the foster family can file a proposal for entrusting the child into their care at the respective court.

Who wants to be a foster parent

Most applicants in Slovakia prefer to adopt small children, as opposed to becoming foster parents. Most often they are childless couples who want to experience parenthood in a way that is as close to biological parenting as possible.

“They come with the idea of having a newborn, to provide it with a home and a place in their heart that has been vacant so far,” Lovecká said.

It is usually families with biological children of their own who are more flexible in their ideas about the child they would take home, because their main motivation is helping the child with an unfortunate fate.

“These are more open to accepting an older child, or a group of siblings, [a child] with a handicap, or with different skin colour,” Lovecká explained.

As opposed to adoption, foster parents receive financial aid from the state, and children living in foster families usually do meet with their biological parents regularly. After the children reach 18 years of age, their legal ties with their foster parents are often severed.

Professional families as an alternative solution

Other ties - emotional, social and psychological - usually persist even after the foster family is no longer responsible for the children they brought up, according to Lovecká.

A stable and firm emotional relationship with a mother figure is the main advantage of foster care over institutional care. In orphanages, each member of the staff cares for five to seven children and they only have limited time to spend with them individually.

“Children in an orphanage don’t have a person whom they can seek whenever they need to, who is always there for them and shows them love and acceptance,” Lovecká said.

The Návrat civic association thus rejects orphanages as a solution and proposes that they be replaced altogether by professional families for children who are unable to find alternative family care, since the number of applicants to become foster parents is still less than the number of children who need it.

Professional families are not a form of alternative family care, but rather, a way to make institutional care feel like family care for the children. Professional parents are employed by orphanages, but they work at home and they can only have a limited number of children in their full-time care.

“Only children with firm and lasting emotional relationships are able to picture their future, to show their emotions, to feel they belong somewhere and always will,” Lovecká said. “Children in orphanages quickly learn there is no sense in showing feelings to others because all their relationships are short-term, unstable and insecure.”