SCRAPPING roaming fees for calls, text messages and data transmissions is a long-term aim of the European Commission as it seeks to create a single European Union telecom market, but a recent draft of regulations slated for unveiling on September 11 might slow that transition. 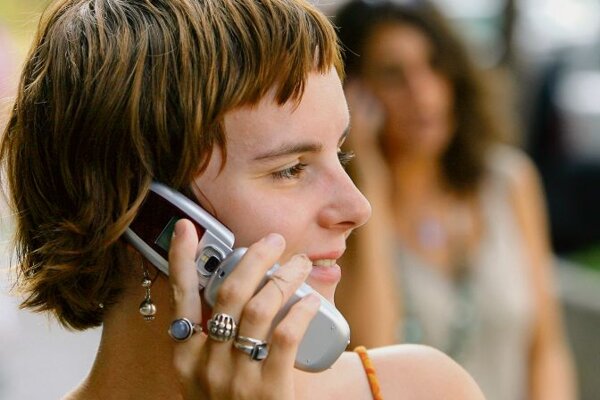 SCRAPPING roaming fees for calls, text messages and data transmissions is a long-term aim of the European Commission as it seeks to create a single European Union telecom market, but a recent draft of regulations slated for unveiling on September 11 might slow that transition.

Though an earlier draft over the planned regulation of the telecom market, which leaked to the media in early August, proposed to cut wholesale roaming fees by as much as 90 percent, Reuters reported that this portion of the plan has been scrapped in the latest draft in the face of opposition from mobile phone providers. Still, the EC says it will continue with plans to fight roaming fees.

“We [the commission] want to make clear the draft proposal will come up with a method for ending roaming charges and will, for the first time, bring net neutrality protection to the 96 percent of Europeans who do not enjoy this protection today,” reads a statement by Ingrid Ludviková, press and communication officer for the Representation of the EC in Slovakia, obtained by The Slovak Spectator.

Even lower price caps cannot eliminate roaming premiums as the prices for data and calls and SMS are different in each EU member state. The only way to end them is to push operators into offering EU-wide bundles of calls, text messages and data as of July 2014, Ludviková said.

The EC does propose to cut wholesale roaming prices in July 2014 by up to 67 percent, introduce a new right to leave your domestic operator when you roam and ban the incoming call charges.

Slovak Telekom and Orange, two mobile operators active in Slovakia, declined to comment on the issue, saying they will wait for the final regulation proposal.

Martina Jamrichová, spokesperson for Telefónica Slovakia, which runs under the O2 brand, told The Slovak Spectator that O2 offers services which exceed the demands of regulations.

Peter Steigauf, a reporter for MobilMania.sk website, said that the EC has been trying to fight high roaming fees for a long time. He declined to comment on Reuter’s report that plans for more-radical price cuts have been scrapped.

The market should unify

The EC introduced the first rules to address overcharging in roaming prices in 2007. The so-called Eurotariff capped maximum prices for phone calls made and received abroad. These prices apply to all consumers, unless they opt for special packages offered by operators. These rules have since been periodically reviewed and reformed, with further reductions in price caps and automatic protections against data roaming bill shocks, according to the EC.

Since 2007, the EC action has helped reduce the retail prices of calls, text messages and data by more than 80 percent, while prices for data roaming have fallen by 91 percent. Moreover, the volume of the data roaming market has grown by 630 percent, according to the EC.

The aim of the EC is to gradually scrap roaming fees, so the customers will pay the same prices for calls, messages and data abroad as in their homeland. In the beginning of August, several media outlets obtained the document containing the plans for regulation of the telecom market. In addition to capping roaming fees, customers would have the option to switch providers when travelling should their own provider seek to charge a premium for roaming services. Also, operators that bundle mobile phone service with e-mail would be required to forward messages to a new address for one year should a customer permanently change providers, the Sme daily wrote. The EC would be able to veto the decisions passed by the national regulation authorities over when the states will sell the free mobile network frequencies, according to Sme.

Some of the proposed measures are too much interference into the functioning of operators on the market and the contracts between them, especially when it comes to prices, Filip Hanker, editor-in-chief of the Živé.sk and MobilMania.sk websites, told The Slovak Spectator.

Both Hanker and Steigauf say that opposition to the new regulations by mobile providers is expected.
“Every good regulation has to bring reasonable prices which will benefit the customers, but will not threaten the operators,” Steigauf said.