BRATISLAVA has had its share of French cultural events for some time already, with annual celebrations of the French Day, the seizure of Bastille (the French national holiday) in the Main Square in early July, as well as a host of other events throughout the whole year. In 2013, however, the focus of activities moved slightly eastwards, to Košice. Košice and the French city of Marseilles became European Capitals of Culture, which naturally made them partners and initiated an exchange of experiences, numerous joint events and projects. 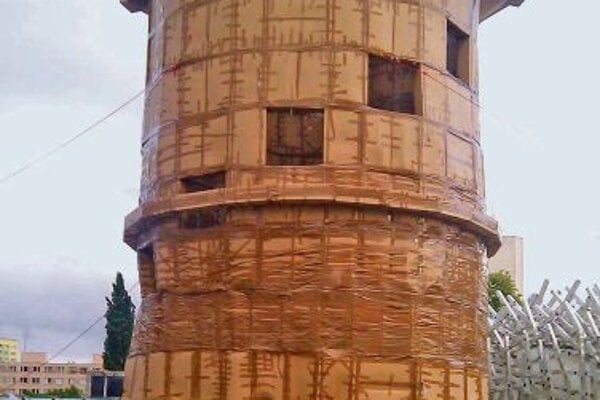 Use the City festival in Košice. (Source: Courtesy of FI)
Font size:A-|A+0

BRATISLAVA has had its share of French cultural events for some time already, with annual celebrations of the French Day, the seizure of Bastille (the French national holiday) in the Main Square in early July, as well as a host of other events throughout the whole year. In 2013, however, the focus of activities moved slightly eastwards, to Košice. Košice and the French city of Marseilles became European Capitals of Culture, which naturally made them partners and initiated an exchange of experiences, numerous joint events and projects.

“The cooperation with Košice 2013 is typical of the French Institute’s policy: supporting the creative sector, bringing French expertise to artists, intellectuals, institutions which start to implement new concepts,” French Ambassador to Slovakia Jean-Marie Bruno told The Slovak Spectator. “It is not by chance that one of the mottos of the European Union is ‘Innovation’! We are all interested in finding new ways to solve problems, to meet our needs, to progress and to improve ourselves in the dynamic and always changing world. It is important that France and Slovakia exchange views and experiences to go ahead together. ”

The French Institute in Slovakia helps import the national culture and also establish cooperation between both sides.

France is to chip in with €47,000 towards five cultural events held within Košice’s tenure as the 2013 European Capital of Culture (ECOC), the TASR newswire wrote in April, citing an agreement on cultural cooperation that head of the French Institute in Slovakia Guillaume Robert and art director of Košice ECOC 2013 Vladimír Beskid signed. The financial support is destined for contemporary art projects.

This year’s Days of French Culture, an annual multi-genre festival in Košice held in the spring, was comprised of numerous events culminating with the exhibition entitled La Marseillaise and the Symbols of the French Republic in May and the international Trés Court festival of movies up to three minutes long held in May.

Other events of the Days of French Culture included concerts, a dance performance hailing the Francophone Africa and the Francophone song contest. While French cooperation and support for Košice ECOC 2013 is spread throughout the year, the installation “Kumulus” by French artist Elise Morin in the St Elisabeth cathedral already drew ample attention during the ECOC opening ceremony.

In Bratislava, the two bigger events this year were the Pekná Maľba II (Pretty Painting) exhibition of Slovak and French artists and French Day, the anniversary of the conquest of Bastille, the infamous Paris prison seized on July 14, 1789 during the French Revolution. The anniversary celebrations fell on July 11 this year, during which French music emanated from the capital's main square, where a French atmosphere was created with a “French village” offering typical meals and wines. French Ambassador Bruno and Bratislava Mayor Milan Ftáčnik held speeches and Didier Rogasik, press attaché of the embassy, co-hosted the event.

The Pekná Maľba II exhibition, which presented works by Slovak and French artists in the Pisztory Palace in June and July, was jointly curated by French Eva Hober and Slovak Ivan Jančár. Being the first big exhibition of these two countries’ paintings, it hailed the 20th anniversary of independent Slovakia, while also marking the cooperation between the two countries.

“I have realised the unifing character of this project,” Hober said, as quoted by the French Institute. “A meeting point of these artists is painting. But there is a paradox here: there are many painters, but several of them feel isolated, pushed to the background. This meeting has brought them more self-confidence.”

The exhibition included accompanying events like debates on contemporary art, a conference on street art, a live competition of graffiti artists, a creative photo-workshop, movie screenings and a culinary happening, fittingly called “Slovaquiche”. All of the events sought to deepen the exchange and cooperation in the sphere of visual arts. Bruno also praised this exhibition which “created fruitful exchanges between France and Slovak contemporary painters, which will certainly flourish in other projects”.

Bratislava and Košice are not the only two cities to see French culture, though. Among other events, there was a photo exhibition called 100 x France – French Photography from the Beginning until Now, offering photos from the French National Library, the Musee d’Orsay and the Pompidou Centre, installed in the Central-Slovak Gallery in Banská Bystrica in February. In Piešťany, graphic artworks of Liliane Schaeffer-Minerbe were exhibited in the Fontána Gallery in August.

“The French Institute is lucky enough to maintain good cooperation with many partners,” he said. “They can be ministries, municipalities, galleries, private companies or, of course, individuals, in both countries.”