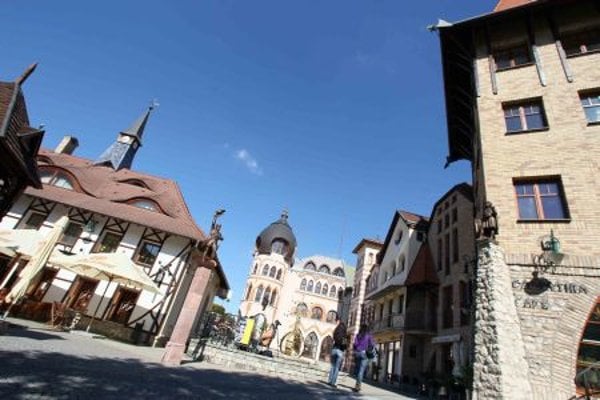 The town decided to honour its famous native who, in early childhood, migrated with his parents to Canada, Komárno town hall spokesperson Róbert Králik told the SITA newswire. Reitman did not attend the meeting of local town representatives to receive the document confirming his honorary citizenship, but he has received it.

“We sent it through a dispatched journalist of a private TV channel from Los Angeles, who delivered the document on citizenship personally,” Králik said. “Mr. Reitman said he would like to come to Komárno.”

Ivan Reitman was born in 1946 to a Jewish family in Komárno. His mother survived the Auschwitz concentration camp, and in 1950 the family migrated to Canada. Reitman is famous mainly thanks to his comedies. His son, Jason Reitman, also works in the film industry as a director.

Honorary citizenship is awarded to outstanding personalities living outside Komárno who, through significant life achievements, help to promote the town and its good reputation around the world. The last time Komárno awarded honorary citizenship was in 2004 to Béla Bugár, a politician born in the town.

An honorary citizen acquires all the rights of a town citizen, except for the right to vote or be elected to the town council or local administration offices and to vote in a local referendum. However, he can participate in sessions of local self-administration with an advisory vote, he can get an honorary plot - upon request - at a local cemetery, and he has the right to be treated like a local by town administration bodies.