SLOVAKIA, once regarded as a low-cost country with a cheap and qualified labour force, is no longer as cheap as it used to be, as the country has experienced some of the fastest growth in labour costs in the region. For experts, neither the robust growth nor the still comparatively low labour costs in Slovakia are a surprise. 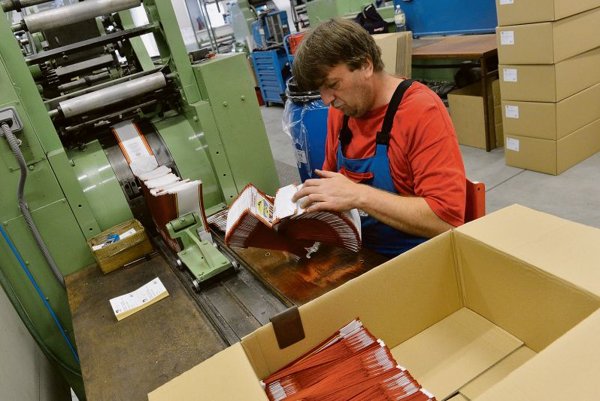 SLOVAKIA, once regarded as a low-cost country with a cheap and qualified labour force, is no longer as cheap as it used to be, as the country has experienced some of the fastest growth in labour costs in the region. For experts, neither the robust growth nor the still comparatively low labour costs in Slovakia are a surprise.

“That they [labour costs] grow is rather normal,” Michal Páleník, the director of the Employment Institute, a non-government and non-profit organisation that studies employment, told The Slovak Spectator. “The European Union is a single labour market and thus wages should converge.”

Referring to this process as beta-convergence, Páleník added that in order for poor countries, including Slovakia, to catch up with the wealthy ones, they must grow faster.

“Thus, it would be rather surprising if Slovakia were not among those countries with the fastest growth,” said Páleník.

In 2012, the average hourly labour costs in the whole economy were estimated to be €23.4 in the European Union and €28 in the eurozone, based on data of the Eurostat. In its statistics labour costs are made up of wages and salaries and non-wage costs, such as employers’ social contributions.

While for 2012 Slovakia reported just slightly more than one third of the EU average with labour costs, it experienced one of the most robust growth rates. Between 2008 and 2012 its hourly labour costs rose 13.8 percent, the fifth fastest growth in the EU. Bulgaria ranked first with 42.6-percent growth, followed by Sweden (23.3 percent), Austria (15.5 percent) and the Czech Republic (15.3 percent). Thus, within the eurozone Slovakia achieved the second fastest growth, after Austria.

Vladimír Baláž, the economist with the Institute for Forecasting of the Slovak Academy of Sciences, sees three factors intervening to create both comparatively low wages but also the high rates of growth.

“The first factor is that wages grew from a very low starting base,” Baláž told The Slovak Spectator. “In 1989 the average wage in Slovakia was roughly €200, i.e. €0.5 for one hour worked. This means that they grew from a very low base and they are still relatively low. The high joblessness, one of the highest within the EU, is the second factor. Under such a situation it is very difficult for employees to negotiate growth in their wages. The third factor is the structure of Slovakia’s economy, in which production with low added value prevails and which does not create room for the growth of wages.”

Ján Dinga, an analyst with INESS think tank, ascribes the lower labour costs compared to western Europe primarily to lower capital of companies in Slovakia, as well as production processes and technologies that are used, the quality of infrastructure and so on.

“On the other hand, real wages in Slovakia grew by 30 percent over the previous decade, while they decreased in Germany,” said Dinga.

Dinga sees the arrival of foreign investors, in particular, as the driving force behind wage growth in Slovakia. This brought to Slovakia capital, expertise, increased employment and, naturally, an increased wage level.

Páleník and Baláž pointed out that in Slovakia there are sectors in which wages have grown more than others. In this respect, Baláž mentioned the IT sector, in which wages are significantly higher, but IT still makes up only a small portion of Slovakia’s production.

While it is generally expected that labour costs in Slovakia will continue to grow and that the growth will be faster than, for example in Germany or Austria, experts estimate that it will take decades for this gap to disappear.

With respect to the predicted wage growth, Páleník and Baláž expect that wages in different sectors will rise at different rates.

“There are professions which are highly sought and which do not suffer from unemployment,” said Baláž, adding that these employees can ask for higher pay-rises than those working in the manufacturing industry or in services, i.e. those working in sectors in which employment decreases.
Páleník noted that pay-rises also depend highly on whether a person working in such a position can migrate abroad, in reference to such professions as IT experts or providers of sophisticated services.

“There are work positions at which wages are already comparable,” said Páleník. “Then there are also positions where migration is impossible, for example, a lawyer mastering the Slovak law system, or a teacher of the Slovak language. Here the wages will grow slower.”

Dinga believes that Slovakia should create a more attractive environment for foreign and domestic investments.

“Key fields are improvement of law enforceability, reduction of red tape and especially reduction of income and payroll taxes,” said Dinga. “Because Slovakia has not been as attractive for investors as it used to be at the beginning of this century in terms of wages, these are factors which would provide us with a comparative advantage and thus make Slovakia a more attractive destination for foreign as well as domestic companies compared with neighbouring countries.”

According to Baláž, the growth in labour costs has yet to reduce Slovakia’s attractiveness to investors. He explained that while the growth when calculated in percentages is high, “in absolute numbers Slovakia is a very cheap country”. He pointed out that while in Slovakia an employee costs its employer, including the wage and social and health insurance contributions, about €1,100 per month, in Germany this is about €3,500-4,000.

“This gap is dramatic and even if Slovak wages grew much faster than those in Germany, which is also happening, it will take years or decades until this gap disappears,” said Baláž. “This means that Slovakia will also remain a cheap country in terms of wages in the future.”