BIOLOGISTS have placed transmitters on three bats in the Revúcka Vrchovina mountain range. Marcel Uhrín, a lecturer at the Faculty of Science of the Pavol Jozef Šafárik University in Košice, told the TASR newswire that they are studying the sounds that bats make. 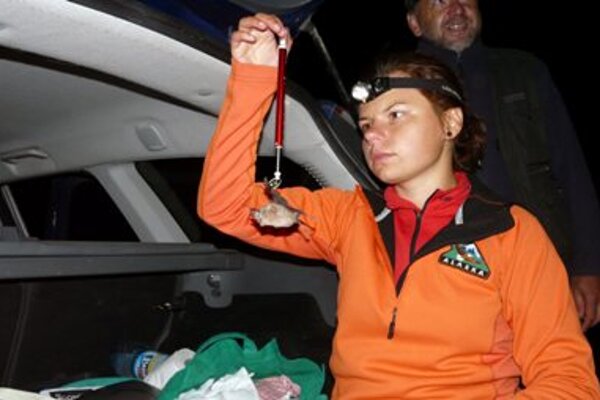 BIOLOGISTS have placed transmitters on three bats in the Revúcka Vrchovina mountain range. Marcel Uhrín, a lecturer at the Faculty of Science of the Pavol Jozef Šafárik University in Košice, told the TASR newswire that they are studying the sounds that bats make.

“This is part of a research which strives to find differences in the sounds of bats of one species within the Carpathian mountain range,” Uhrín said.

“It is like with birds – a titmouse in Italy sings differently than a titmouse in Slovakia. We believe that it is similar with bats. Now we are studying the Mediterranean horseshoe bat (Rhinolophus Euryale) and we expect different – let us call it “dialects” – to be confirmed. If this is the case, we will learn more about whether bats of the same species are aware of other sub-colonies, or whether they live in isolation,” he concluded.

In addition to two horseshoe bats, a Schreiber’s bat (or Common bent-wing bat, Miniopterus schreibersii) was also given a transmitter. Scientists found that this species, the fastest bat in Slovakia, flies distances of up to 40 kilometres in search of sites with an abundance of mosquitoes.

Scientist Ervín Hapl told TASR that the findings were surprising.

“We know a little about the life of bats,” Uhrín explained. “We try to find out whether they use just one hiding place, or whether they hide in several different places. The monitoring itself was demanding, as the range of the transmitters is only eight kilometres, and this distance is even shortened by the terrain and it will be more difficult to catch the signal from underground. However, we selected a territory where we are able to anticipate the movement of the monitored animals and where we can go underground, if necessary.”

Scientists measured and weighed the bats they had captured, and took blood samples, which they tested for the presence of blood parasites, Uhrín said.

“The colony of Schreiber’s bats showed us,” Hapl said, “that the whole region of southern Gemer is their home,” adding that the findings will help to reveal their flying routes so that they can provide expert analysis to protect them from the risks of a planned dual carriageway that might cross their route.